No internet in bedrooms. No breakfast. - Review of The Lodge Conwy

The Lodge Conwy
Lowest prices for your stay
Lock in the lowest price from these sites
US$106
View deal
PricelineUS$106
FindHotel
StayForLong
Prices are provided by our partners, and reflect nightly room rates, including all taxes and fees known to our partners. Please see our partners for more details.
Payments made by partners impact the order of prices displayed. Room types may vary.
lcb2018
Cambridge, United Kingdom
2213

No internet in bedrooms. No breakfast.

Very poor facilities. No reception so I had to phone to say when I would meet someone to check me in. I also had to pay my bill before checkout because no one would be there to check me out. No internet in rooms - only in the bar - but the bar is run by a different business and is not open other than in the evenings (and not on Mondays). If you need wifi for your mobile phone or for your laptop, find a different place to stay.

See all 187 reviews
Payments made by partners impact the order of prices displayed. Room types may vary.
Nearby Hotels 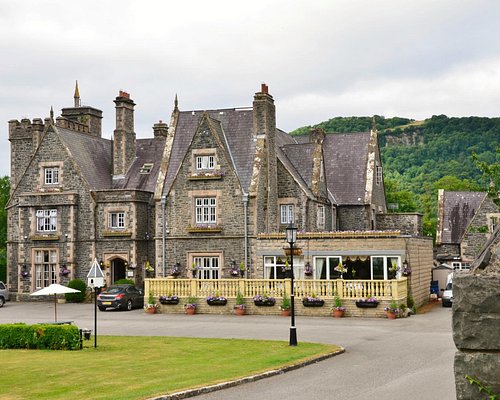 Hotels.com
View deal
Snaptravel
Agoda.com
US$139
Expedia.com
US$155
View all 14 deals from US$139
378 reviews
4.2 km from The Lodge Conwy
We compared the lowest prices from 14 websites 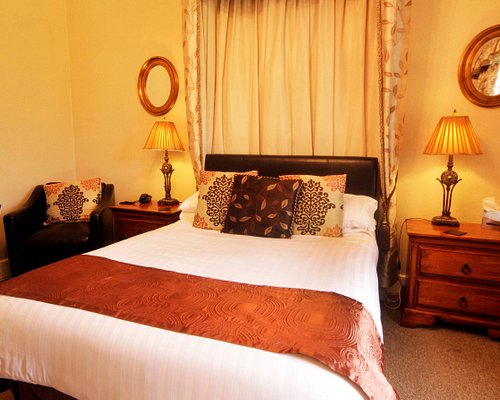 Top Rated
The Meadowsweet Hotel & Self Catering Apartments
US$111
US$100
Tripadvisor
View deal
Hotels.com
Priceline
ZenHotels.com
US$111
View all 11 deals from US$100
376 reviews
7.9 km from The Lodge Conwy
We compared the lowest prices from 11 websites

PremierInn.com
View deal
Trip.com
US$81
ZenHotels.com
StayForLong
View all 5 deals from US$44
1,092 reviews
9.0 km from The Lodge Conwy

OK trip advisor has to alter it`s information on this place. First off the restaurant side of the buisness is rented out to a young couple and so you have to pay for meals including breakfast. They were friendly enough as were the locals in the bar at night. Now the room rental side was a disaster. First we arrived to be told they had over booked the rooms, so NO room for us . We were put up in a small cottage, done out nicely, plenty of room. Then the faults appeared, we were shown thw TV with Sky box and the WI Fi router, choice of bathroom and bedroom. Went out for the rest of the day. Arrived back and put TV on, blank screen, NO TV, bill outstanding. Tried to link phone to router, BT link appeared, bill outstanding, NO WIFI. Went for wash in bathroom, NO Hot water in sink. Glad we only stopped two nights,

This review is the subjective opinion of a TripAdvisor member and not of TripAdvisor LLC
284yannp
London, United Kingdom
166
Reviewed 14 June 2019
New Direction and great Value for money, great surprise

Initially went as it was the only option, but we had a very good surprise. the venue has lovely views, is very clean and staff is very warm and welcoming. Old school rooms but big and comfy beds, and fantastic value for money. Amazing location to visit Snowdonia. The hotel and the restaurant attached have been updated and definitely worth a visit.

Room tip: There is a beautiful suite, otherwise Room 10 is great
Ask 284yannp about The Lodge Conwy
Thank 284yannp

Appalling customer service .Terrible place after a 10 hour drive we were extremely late getting to the lodge due to a crash on the motorway. The Lodge was closed and in complete darkness we were unable to check in and had to sleep in our car. To make matters worse we were charged for our stay. Disgraceful

This review is the subjective opinion of a TripAdvisor member and not of TripAdvisor LLC
Cheryl H
Buxton, United Kingdom
45
Reviewed 14 April 2019 via mobile
Lovelt evening out

Fun night spent here with family and friends,clean,beer on top form, staff friendly ,pleasant,smart,norhing to much trouble we didnt have food but it looked great will be calling in again pretty soon,recommend to all

We booked two rooms and stayed here as a convenient stopover needed in this area,
The rooms were spotlessly clean to be fair, although very tired, it I was beyond freezing. Heating wasn’t great and went off during the evening, I got up at 3am and put on my clothes before getting back into bed.

There was no hot water at all in the morning, the TV didn’t work at all.

We ate in the newly refurbished restaurant, it was freezing also, and I ate quickly in two jumpers and a woolly scarf to get out of there quickly.

The food was tasty, it very puzzling to have a designer and expensive fine dining restaurant in a tired motel. Portions were small and nothing hearty or filling on the menu. Most peculiar!

The saving grace was the young lady (not sure her name but long hair aNd lives in Bangor). She checked us in, escorted to our rooms, served the drinks and waited tables and she was fantastic!

It cost £54 but no breakfast included although we had to leave before the breakfast was available at 9.30 anyway.

It did the job, but disappointing. I do hope you will address the comments made in a constructive manner in which they are intended. Old tired motel rooms and nouveau cuisine expensive restaurant isn’t a great combination.

Room tip: Bring warm pyjamas and snacks to fill up on after eating on the restaurant. Sorry!
Ask CLCCardiff about The Lodge Conwy
4  Thank CLCCardiff

This review is the subjective opinion of a TripAdvisor member and not of TripAdvisor LLC
View more reviews
PreviousNext
123…32
<script type='text/javascript' crossorigin='anonymous' async onerror='__scriptLoadError(this,true