US$37
US$27
View Deal
SAVE US$10
Expedia.comUS$30
TravelocityUS$30
ZenHotels.comUS$37
View all 12 deals
Prices are provided by our partners, and reflect nightly room rates, including all taxes and fees known to our partners. Please see our partners for more details.
Payments made by partners impact the order of prices displayed. Room types may vary.
Patchareepichai
Bangkok, Thailand
17967

very easy to find this hotel for it is opposit to Macro.This six storages hotel is well decorated in Loft style.What I like most is extra pillow(normally most budget hotel provides just 2 pillows).All hotel stasffs had good welcome and services.The breakfast is fine.

Room tip: there is only one elevator,so it's a long waiting in rush hour.To avoid this,choose 2nd floor, no great view even on 6th floor.
See all 21 reviews
Payments made by partners impact the order of prices displayed. Room types may vary.
Nearby Hotels 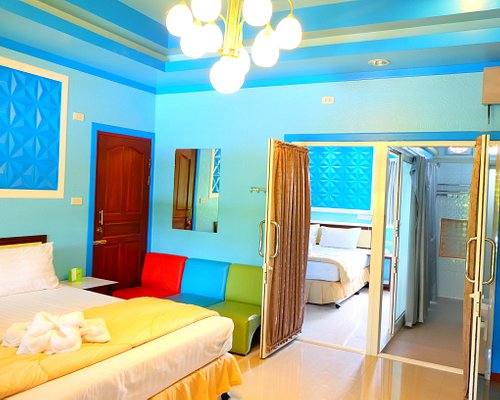 Breakfast included
Rak Kun Resort 2
US$14
US$11
Tripadvisor
View Deal
Hotels.com
Booking.com
US$14
Agoda.com
US$11
View all 10 deals from US$11
9 reviews
6.7 km from Tamsabai Hotel
We compared the lowest prices from 10 websites 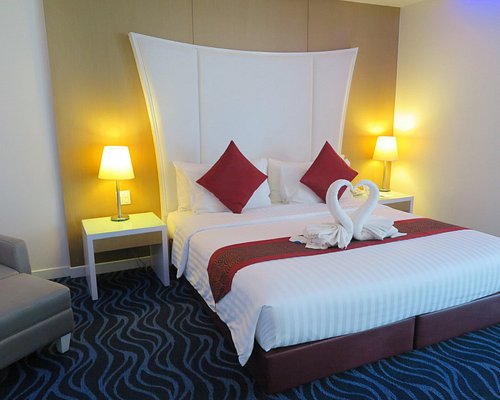 Breakfast included
The Paradiso JK Design Hotel
US$39
Booking.com
View Deal
Free cancellation
Reserve now, pay at stay
Trip.com
US$43
Agoda.com
US$35
ZenHotels.com
US$41
View all 12 deals from US$35
71 reviews
6.3 km from Tamsabai Hotel
We compared the lowest prices from 12 websites
Great value today
B2 Nakhon Sawan Premier Hotel
US$19

Hotels.com
View Deal
Free cancellation
Pay up to 12X
Booking.com
US$15
Orbitz.com
US$14
Hurb
US$15
View all 11 deals from US$14
43 reviews
7.4 km from Tamsabai Hotel
We compared the lowest prices from 11 websites
Sponsored
Grand Hill Resort & Spa
US$27

The Thai wife and I stayed here for a night recently. It is a hotel that largely caters for Thais. Check-in went reasonably smoothly and we found ourselves in a basic and clean room in the late afternoon. Wifi was strong and stable but there appears to be a limit of two concurrent devices per room, an unacceptable limitation in this day and age. While it says concurrent, logging a device out and even turning it off was not enough to reset the concurrent device count.

We decided to have a light early dinner in the restaurant. The food is pre-prepared and the staff keep a ledger of how many of each meal is left as you order. Nevertheless both our meals ended up being tasty. However I do object to having a cat in the restaurant rubbing itself on my legs, walking on the dining tables and generally, just being there. It may well have been the same cat I saw walking on the front desk counter earlier. Looking around the hotel I saw a number of cat motifs but having such an animal roaming the hotel in the manner I observed is not acceptable.

Back to the room to discover there were no towels. Thai wife makes the call and was informed because the hotel was full the night before, there are not enough towels until the freshly laundered towels are returned to the hotel. We are promised towels by 7:00pm. At 7:30pm my wife had to go down to the front desk to again request them. Provided at 7:45pm.

Breakfast next day was fine if your breakfast tastes are confined to Thai. Despite the room rate including the breakfast buffet I decided to pay extra for the eggs and sausages which turned out to be okay. I supplemented that with some pastries from the buffet. The wife spotted a coffee machine and we had visions of a latte but the server informed us it was broken.

This review is the subjective opinion of a TripAdvisor member and not of TripAdvisor LLC
eatveggies
New Castle, Colorado
41
Reviewed 8 March 2017 via mobile
Did the job!

This hotel is absolutely fine. What we loved about it was that after paying "island prices" and interacting with people who are sick of tourists on Phuket, we had a nice typical Thai experience at this hotel. The staff were SO NICE and the room service was cheap and delicious. The beds were hard like they all are in Thailand, and the cat pictures on the wall were really funny. My kiddos loved the jingjoks and we even caught a cute little baby one. Breakfast was fine. Nothing special. Oh yeah! The homemade ice cream in the case was fabulous! Also we visited the aquarium and it is a MUST SEE if you are big science nerds like my family. We loved it!

This review is the subjective opinion of a TripAdvisor member and not of TripAdvisor LLC
Ayutthaya-History
Ayutthaya, Thailand
5785
Reviewed 16 July 2015
Nice new modern hotel

We stayed at the Tamsabai Hotel during the Bueng Boraphet Marathon event. It is a new modern hotel outside the city with friendly staff located about 5 Km from the Bueng Boraphet main entry (aquarium and crocodile park). The rooms are sober and clean, but lack a bit of atmosphere. There is a modern security camera system.

We liked very much the beds (2 pillows/bed). Rooms came with flat screen TV, air-conditioning and refrigerator. Place enough to get rid of your bags. Clothes hangers existent. Poor number of TV-channels (only Thai). Our bathroom had an unpleasant smell presumably coming from the drain.

The price included an ersatz breakfast, consisting of instant beverages, sandwiches and pastry. In our opinion this breakfast could be improved. There is no restaurant, but on the other hand there is a small selection of food that can be ordered. The nearest restaurant (Saeb I Li) is a 200 meters walk along a busy road (not bad food).

There is good parking space on the plot. Tamsabai Hotel is good value for you money.

This review is the subjective opinion of a TripAdvisor member and not of TripAdvisor LLC
N_lovestravelling
Chonburi Province, Thailand
4112
Reviewed 23 April 2015 via mobile
Lovely hotel with cats

Clean and reasonable price. Staffs are nice. Hotel decoration is simple but comfortable, situated in quiet area, not far from main road. Breakfast is bakeries and coffee. There are cats around the lobby. We will come back ofcourse!

This review is the subjective opinion of a TripAdvisor member and not of TripAdvisor LLC
Peter H
London, United Kingdom
2823
Reviewed 28 March 2015
Don't bother looking elsewhere

Adorable staff, cute little hotel, perfect for a pit stop on the way up north. Everything works, is spacious and clean without any excess, and for the money its perfect. Hotel is set back of the road so relatively quiet, and plenty of space to park the car in large driveway.