Kubija Hotel and NatureSpa
Kubija Hotel and NatureSpa
Lowest prices for your stay
Lock in the lowest price from these sites
US$89
Free cancellation until 01/10/21
View deal
TripadvisorUS$89
Priceline
eDreamsUS$89
Agoda.comUS$89
ZenHotels.com
StayForLong
Prices are provided by our partners, and reflect nightly room rates, including all taxes and fees known to our partners. Please see our partners for more details.
Payments made by partners impact the order of prices displayed. Room types may vary.
leg12019
3

Great location, good food. 0 service. Reseption even lied to us. Dinner took hour to get and between first plate and Last plate to our group took 45 Min. Today you get great service every where in Estonia. So, no need to pay from bad ones.

Trip type: Travelled with friends
See all 109 reviews
Payments made by partners impact the order of prices displayed. Room types may vary.
Nearby Hotels

Top Rated
Georgi Hotell
US$76
Booking.com
View deal
Free cancellation
Tripadvisor
US$76
Priceline
eDreams
US$76
View all 12 deals from US$76
43 reviews
3.3 km from Kubija Hotel and NatureSpa
We compared the lowest prices from 12 websites 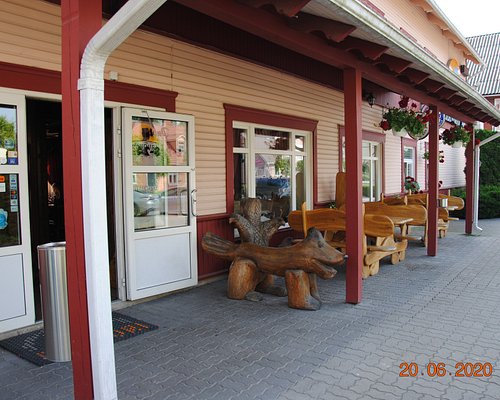 Randuri kulalistemaja
US$70
Booking.com
View deal
Free cancellation
Tripadvisor
US$70
Priceline
eDreams
US$70
View all 6 deals from US$70
22 reviews
3.3 km from Kubija Hotel and NatureSpa
We compared the lowest prices from 6 websites 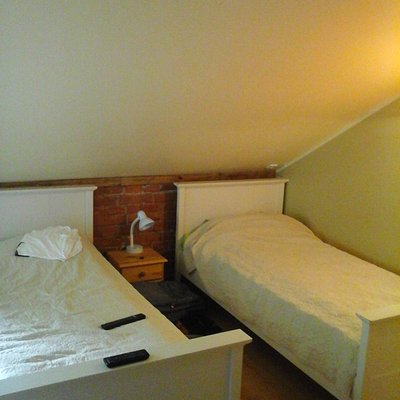 One of the best rooms in there for families. The room itself is big and lovely, bathroom has big bubble bath. Room has a little kitchen with a refrigerator, where you can actually fit your own stuff also like bottle of water or so. The food is delicious and the restaurant looks nice and comfortable. They have couple of highchairs too. The spa is little but has main things. When in full house it gets crowded, specially if you are with a child, its bit difficult... because its a spa you really wish that relaxing moments but its so nervous, busy and crowded. Although when not busy, its soo nice especially inthe daylight when the view is spectacular also. They have drinking water there and some inflatable things for kids. For the price we paid for the room we really thought there would be shampoo and conditioner, but only regular soap. Maybe we didnt get one bc the rooms were not all ready yet and we were given another same kind of room, but they forgot to add these, or maybe its not in the price. Didnt ask. The beds are all singles but in the savisviit they are attached. If you ask a double they will push the beds together, but you can feel the crack throughout the night. It depends how needy you are with these things. The pillows and blankets are great, the linen is soo comfortable. I really love being in this hotel!

This review is the subjective opinion of a Tripadvisor member and not of TripAdvisor LLC.
N5751BMmariav
1
Reviewed 1 January 2020
One of our favourite places to stay, but the breakfast keeps getting poorer

One of our favourite places to stay as we enjoy the hot water pools and the outdoor saunas of the spa. There are lovely trails behind the hotel where you can walk, run, ski or pick wild bilberries in the summer. The nearby town of Võru has a lovely lake with a sandy beach and on the street leading to it (Katariina allee) there are places for nice pastries, a tasty lunch and a shop with a wide selection of local food.

The hotel itself is comfortable, although in most rooms you can hear your neighbours very clearly indeed. The hotel breakfast, however, that six or so years ago was varied and enjoyable is now quite poor. There is very little choice in breads and spreads, and the same goes for warm food. In addition to that, arriving 30 minutes before the end of breakfast, all of the tables were covered in used dished with no-one in sight who would take them away and at the buffet they had run out of a number of things, including coffee. When a new thermos was finally brought, the quantity was so small it was finished before everyone in the queue had filled their mugs.

All in all we still like the place but would consider getting pastries from Katariina cafe instead of the hotel breakfast.

This review is the subjective opinion of a Tripadvisor member and not of TripAdvisor LLC.
Ljubov L
1
Reviewed 18 November 2019
Reality was below expectations

Came with a small child for a so-called weekend break. Were a bit dissappointed for several reasons:
1. The rooms are a bit 'tired' in terms of furniture and interior, needs a bit of refreshment
2. Upon arrival found previous visitor breakfast cards in the cupboard and a bunch of long black hair in the bathroom, which might be because of poor cleaning service.
3. There is literally NO noise-protection in the rooms, we heard everyone walking and talking at night in the corridor
4. SPA is quite small and in the morning only 1 suana of 4 worked ( on the departure day this was an unpleasant surprise). Also, spa and saunas are closed 11-14, which we also had no clue about before coming.
5. Food is very average, salads seem to be as leftovers from the previous days, same for fruits. But you can find porridge and other stuff at breakfast,so we managed to feed the baby normally in the end.
6. If you stay at the hotel, you cannot ask for a locker in the spa (also no towels offered in spa, which was quite strange, as other spas in Estonia usually offer this service). Even after we asked for one at the reception, we were refused to be given at least one (argument-do not take anything with you from the room, but we also had,for example, a baby special bathrobe,as they do not offer one for kids in the hotel, so I was always thinking of it being left hanging just as it is in the changing room),

It migt be good in summer with the nice surroundings, but in November with a small kid with yo, there is literally nothing to do there and not very worth coming. The children pool was only 28 degrees ,so you cannot be with a 1 year old there for too loong,whereas the one a bit armer with 36 degrees is small and deep, and always very crowded.

This review is the subjective opinion of a Tripadvisor member and not of TripAdvisor LLC.
IlzeK26
135
Reviewed 30 September 2019
A charming place, a hidden gem

A wonderful break at the weekend with three junior kids, great swimming for them, interesting, capturing and relaxing. Gained lots of energy for the next working week. Thank you, the most friendly and smiling staff. Would return again some day!

Room tip: The forest views from the warm pool must be fantastic in a snowy winter!
Ask IlzeK26 about Kubija Hotel and NatureSpa
Thank IlzeK26

This review is the subjective opinion of a Tripadvisor member and not of TripAdvisor LLC.
kiisuk
tallinn
1
Reviewed 24 August 2019
Quiet and relaxing

Very nice, quiet surrounding, perfect for a getaway from the city, including swimming possibilities in the lake closeby. The spa was quite small, but it was enough and lovely, especially the aroma sauna (kadakas) was good!
Breakfast could have had a better and wider selection, but overall all was very good.
SPA treatment (honey and salt massage) was excellent!

This review is the subjective opinion of a Tripadvisor member and not of TripAdvisor LLC.
View more reviews
PreviousNext
123…
<script type='text/javascript' crossorigin='anonymous' async onerror='_