Hiking holiday on the fells - Review of Hotel Jeris

eDreams
Booking.com
Priceline
View all 12 deals
Payments made by partners impact the order of prices displayed. Room types may vary.
Prices are provided by our partners, and reflect nightly room rates, including all taxes and fees known to our partners. Please see our partners for more details.
625hannuw
Helsinki
152

Hiking holiday on the fells

Hotel Jeris and its cottages are a nice place to accommodate during your hiking tours on the nearby fells in the Pallas - Ylläs national park. The service was very good and kind, the cottage was very suitable for two adults, clean and with good equipment.
In the Restaurant Jierra by the lake the service was also good and kind. The waitress took care of customers in the restaurant, in the Arctic Sauna World and also worked as receptionist for the Hotel Jeris and cottages.
The food in the Restaurant Jierra was still quite much a disappointment. The trout that we eat and the beetroot with it were not well-done. The young cook needs a little more experience with them.More

Show less
See all 206 reviews
Payments made by partners impact the order of prices displayed. Room types may vary.
Nearby Hotels 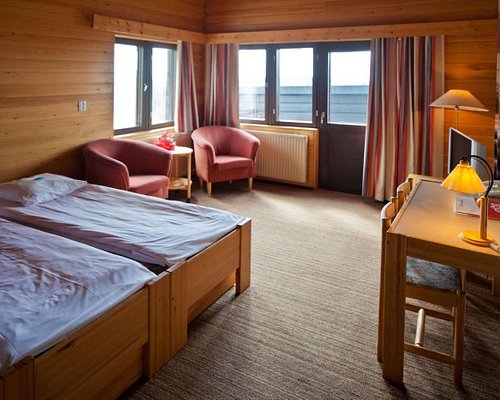 Breakfast included
Lapland Hotel Pallas
US$112
Tripadvisor
View deal
Hotels.com
Booking.com
US$112
Expedia.com
US$113
View all 16 deals from US$112
289 reviews
11.3 km from Hotel Jeris
We compared the lowest prices from 16 websites 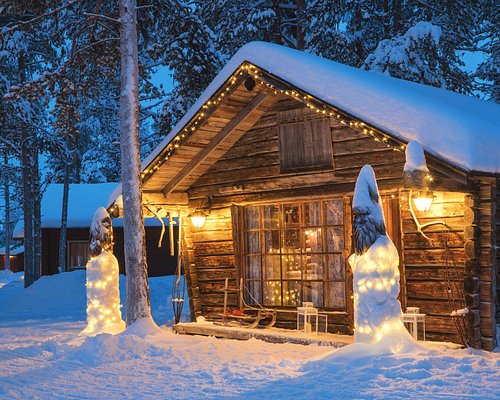 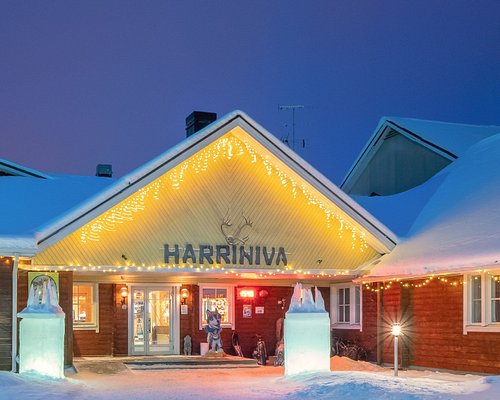 Nice hotel, clean rooms. Good location. The hotel reception is only open in the morning. Room keys were obtained from a nearby restaurant. At breakfast, porridge in particular was especially good. You could come here again.

This review is the subjective opinion of a Tripadvisor member and not of TripAdvisor LLC.
juksuJerevan
jerevan
1114
Reviewed 14 March 2020
Winter is not for skiing

I have commented on the freefall of this premise before but there are limits.
This time time nature friendly snowmobiles were formed into a line across the ski track that (for warm up to give the air quality some exhaust boost in climate friendly spirit). I approached the French speaking guide to indicate that people also ski down the hill and would prefer not to hit the convoy. He stated that it is only for some minutes. I found this an outrightly arrogant answer and took a photo of the ¨formation with my phone camera. So this tourist aide steps on my skies, stands there and requires that I delete the photo. This I don't do but have to depart with the wish that these travel professionals showed some respect and understanding of this tradition that we have in this country, skiing in the tracks. It is hard if you also organise nature outings in the woods, and consider walking in the ski tracks in the woods as the only paths to follow.. This is a way to undo the hard work of maintaining the ski tracks, but then you may not care of what original Lapland traditions once were. We have plenty of space here in Lapland and it is unfortunate that the snowmobiles and randonnees have to crowd the ski tracks of long tradition. I can only imagine what reactions would have emerged if someone had brought skimobiles or 4X4 vehicles into the tracks where I bicycled or jogged when I lived in Versailles.

Let's see, if Finnish customers will be appreciated once again. We have been invited to rescue the industry in The Corona era. It will call for a major overhaul of the service attitude viz us but equally instructing other visitors on basic issues such as the existence and essential function of ski tracks in traditional Lapland winter travel. Something that Jeris personnel has not been too interested in after the acquisition by Harriniva.

This review is the subjective opinion of a Tripadvisor member and not of TripAdvisor LLC.
sporttimatkaaja
3
Reviewed 13 March 2020
Excellent service

We stayed one week nearby at the cottage. We skied and slalomed in Levi, Olos and Pallas. Visited in hotel Jeris and the Pub Piilopaikka. Pub gave us very good drinks and excellent service. We will visit definetily again. Thanks!

This review is the subjective opinion of a Tripadvisor member and not of TripAdvisor LLC.
CuriousCatStarGazer
61
Reviewed 18 February 2020
Family hotel with attention to detail

We did the Best of Northern Lights tour, based at Jeris but also with excursions at Toriassepi and Harriniva. They organize everything and they went beyond the call of duty to accommodate my food allergy. I would recommend this hotel and this tour to anyone, it was absolutely amazing! Lapland is like a fairy-tale in winter!

This review is the subjective opinion of a Tripadvisor member and not of TripAdvisor LLC.
rob r
Bozzolo, Italy
2143
Reviewed 7 February 2020
Perfect!!

We stay overnight in a fantastic little wooden cottage.
It was cozy, warm and practical.
we had a night ride with a ski-do and we got unbelivable northern light.
Breakfast was good and all together the experience was memorable.

This review is the subjective opinion of a Tripadvisor member and not of TripAdvisor LLC.
View more reviews
PreviousNext
123…
<script type='text/