Most magical place on earth - Review of Torassieppi

StayForLong
Expedia.com
Hotels.com
View all 9 deals
Payments made by partners impact the order of prices displayed. Room types may vary.
Prices are provided by our partners for one room, with variable occupancy rules as provided by the property, and reflect nightly room rates, including all taxes and fees known to our partners. Please see our partners for more details.
R526GMdanm
2

Most magical place on earth

We have just returned from the most amazing break here. From the moment we arrived, Vera and her team made everyone feel so welcome. Nothing was too much trouble and the staff were very welcoming with excellent levels of english .
The lodges are located beautifully at the edge of the lake, and are simple but well presented. We spent a night in the Aurora Dome and although there were no lights that night, it was still a lovely evening. The log burner kept us warm.
The frozen lake made for an excellent playground with activities including husky sledding, snowmobiling and ice fishing all available on the doorstep.
The reindeer farm was a 5 minute walk along the road and the hunt for Santa was nothing less than perfect with a cheeky elf playing with my daughter in front of the house.

We booked through magic of lapland, who were also extremely good throughout the whole process. With covid cancelling our trip last year they were extremely accommodating with transferring it to this year and we were very well-informed at every step of the way.

All said, I can say this has been my best experience for a long time and would definitely return again in the future.More

Show less
Trip type: Travelled with family
See all 88 reviews
Payments made by partners impact the order of prices displayed. Room types may vary.
Nearby Hotels 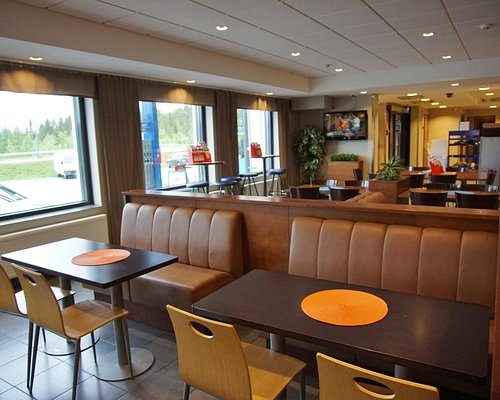 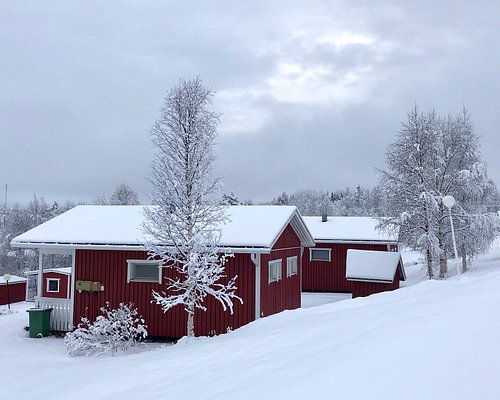 Lomamaja Pekonen
Booking.com
View deal
Priceline
US$116
eDreams
StayForLong
View all 8 deals from US$115
26 reviews
10.5 km from Torassieppi
We compared the lowest prices from 8 websites

This is the perfect place for Lapland! Everything was well planned, meals were delicious and all activities were incredible! Stayed here with a tour group, and everything was easy for the friendly staff! Also, saw the Northern Lights here which made it all the more special!! I definitely want to return for another stay here!!

This review is the subjective opinion of a Tripadvisor member and not of TripAdvisor LLC.
jessicasU1265UX
Houston, Texas
35
Reviewed 9 July 2019 via mobile
Went with a group of solo travelers

Snowmobiling, dogsledding, reindeer’s, Friendly fun guides. Total immersion into Nordic life and the surrounding beauty. The sky was alive with the Northern lights. Not a luxury experience but a very comfortable, active, outdoorsy, fun immersive experience. All my needs met
and blew my expectations away.

This review is the subjective opinion of a Tripadvisor member and not of TripAdvisor LLC.
always0ntherun1
New York City, New York
65
Reviewed 25 April 2019
Cozy winter wonderland

I had a lovely stay in one of the single cabins. It was clean, warm and had a great view. I also spent one night in one of the domes (for a fee). It is truly "glamping!" The decor was rustic-fancy, but as with any camping situation the bathroom was in another building. But, I loved waking up to the unobstructed view of the winter wonderland! Also, with the heat and the fireplace it actually got hot in there! The restaurant was good and the staff was super friendly and helpful. Also, the wifi in the restaurant was pretty good! I was actually surprised at how good it was considering the remote location. I loved my stay here and would absolutely stay there again!

This review is the subjective opinion of a Tripadvisor member and not of TripAdvisor LLC.
RogerMc120
810
Reviewed 15 March 2019 via mobile
Loved it

Stayed three nights in a cabin. Small but adequate. The heated floor kept the place cosy with the bonus that anything damp could be dropped on the floor and it would be dry in the morning. The restaurant was good, the staff were lovely and efficient.
Activities were great, reindeer sledge, snowmobile, Sami culture and crafts all enjoyable.
Breathtakingly quiet, scenery impressive, very cold but supplied clothing toasty warm.
Really enjoyed our stay.

This review is the subjective opinion of a Tripadvisor member and not of TripAdvisor LLC.
Trevor M
nottingham, england
6573
Reviewed 27 February 2019
Takes your breath away

Let's get the bad bits out of the way..........Gatwick Airport.
Surely other airports were available to travel from, but we had to go all the way to Gatwick, which meant either a very early start or overnight stay, so we opted for going a day early.
There was also an unhelpful blonde woman on the desk at Harriniva when we tried to rearrange our snowmobile trip because my wife was ill with stomach flu because of the cold.She was also as helpful when we told her about the hot tub. Her answer was always the same - "we are very busy"
The good bits......As it was mid January, the flight wasn't full, which was good.
On arrival, it was a cool -24C, but we were prepared with hats,coats,boots & gloves.
We were met by our rep, Katrina, and put onto the coach which took us all to our various drop off points, which gave us a good look at the area.
Our first night was at Torassieppi and we were in one of the Aurora domes, which are next to the frozen lake.As we didn't get there until about 10pm, we just had time to eat and then it was time to retire to our dome.
It was sooooo cold until we lit the log burner in the dome and it soon warmed up, so much so I was kicking off the bedding. I kept waking through the night to look through the large window to see if there was any aurora activity, and to check the fire.
At about 6am there was a lunar eclipse which was good to watch,
After breakfast we were taken to Harriniva for a 5 day stay and to collect our thermals.That night we went on a snowmobile safari and when we stopped at the halfway point for a hot drink we were greeted by the Northern Lights.
The next night we went on a dogsled safari, and on the way back we had an even better light show.
The next night we went on a reindeer safari but it was too snowy to see any activity.
The next night we did the snowshoe safari and the lights appeared again.
During the days we went walking,even though it was -30C,but we were dressed for it,so why not get out and see the sights?
We also used the sauna and hot tub facilities, but both times we used the outdoor hot tub, the water was not hot.
We mentioned this to Katrina who arranged for another visit, for free, but just as we were going there, workmen emptied and refilled it, so it was only warm.
We took the short trip to the bridge over the (mostly frozen) river which separates Finland and Sweden - you can walk across freely - and into the local village a couple of miles away.
Our last night we returned to Torassieppi to the ice bar and stayed in an ice room overnight. There is a 'warm room' in case you cannot last the night in your igloo.
The food was very good throughout, though I would have liked at least one meal of reindeer, but being on a reindeer farm, you can only eat the old or sick when they have died!
We had 2 vegetarians in our group of 6 and they loved the food as well.
Drinks were about 7 euros a pint,wine was 25 euros a bottle.
On our return to the airport it was -33C, and even though the plane had just come in half an hour before, it would not start for our flight back, so we were delayed by about an hour.Just as we were about to get off the plane, it started up and we were on our way home.
KEEP YOUR CAMERA / PHONE AS WARM AS YOU CAN AS THE BATTERY WILL DIE IN LESS THAN 30 MINUTES OUTSIDE.
Would I do it all again? YES

This review is the subjective opinion of a Tripadvisor member and not of TripAdvisor LLC.
View more reviews
PreviousNext
123…
<script type='text/javascript' crossorigin='anonymous' async onerror='__scriptLoadError(this