LH Parkhotel Hluboka nad Vltavou
Lowest prices for your stay
Lock in the lowest price from these sites
US$103
US$93
View deal
Agoda.comUS$93
eDreamsUS$93
PricelineUS$103
Expedia.com
Hotels.com
Travelocity
View all 11 deals
Prices are provided by our partners, and reflect nightly room rates, including all taxes and fees known to our partners. Please see our partners for more details.
Payments made by partners impact the order of prices displayed. Room types may vary.
barborah646
94

We went there for a family dinner and had an awesome experience. It was close to the closing time yet they were welcoming and friendly. The food looked great and was fresh, nicely seasoned and tasted delicious.
We were hosted by David who was attentive professional and smiling. He definitely wants to make sure the restaurant standards of the service is on a very high level.
We felt very welcome and enjoyed our dinner heaps. I would recommend this place to anyone. I even found a great vegetarian meal on their menu and it wasn’t a fried cheese with fries ha but fresh nutritious dinner. Thank you

Trip type: Travelled with family
See all 44 reviews
Payments made by partners impact the order of prices displayed. Room types may vary.
Nearby Hotels 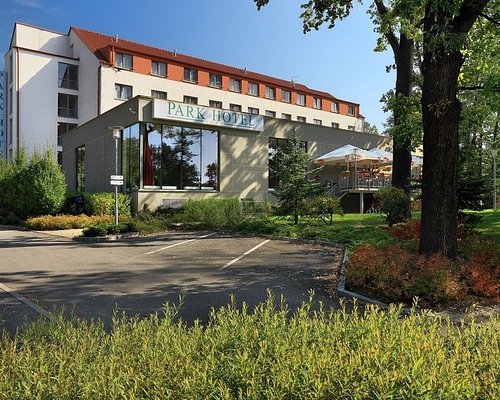 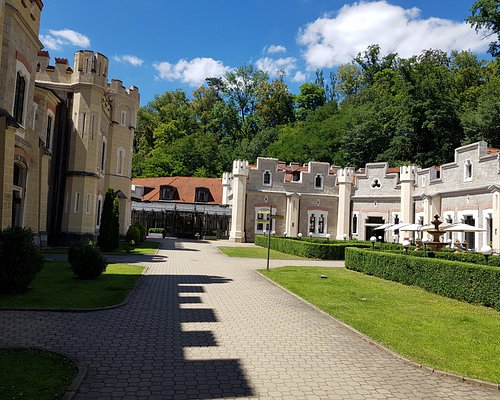 Expedia.com
View deal
Booking.com
US$93
ZenHotels.com
US$86
Hurb
US$111
View all 13 deals from US$86
207 reviews
0.9 km from LH Parkhotel Hluboka nad Vltavou
We compared the lowest prices from 13 websites

The park hotel is not really bad, the rooms are big and spacious, clean and offer the basics that are required to stay for a business trip. Internet is fast and free, parking at the door, and just a short walk into the pretty town center.

However, breakfast is on the average, and depends on how many people are in the hotel. The first few days, there were almost no guests, and breakfast was just barely acceptable. With the hotel filled, breakfast improved considerably.

My major problem was, that room service was awful. Out of eight nights, my room was only made up the next day three times. My shower was broken twice, which could not even be fixed when I change the room, because the shower was broken again. The staff at reception range is from extremely friendly and capable, to unfriendly, unhelpful and absolutely incapable.

The biggest problem, is that the small village gets completely run over by Chinese tour groups on their way from Vienna to Prague, which means that every night you have 2 to 3 busloads storming into the hotel noisily late at night, and storming out again early in the morning. I’ve been to several business trips in China, and on some days it felt like I was there, and not in the Czech republic.

However with all the downsides, and considering the price paid, the hotel is probably the best value, and the second best in town right after the Diamant.

This review is the subjective opinion of a TripAdvisor member and not of TripAdvisor LLC
alexisn6
Limassol City, Cyprus
324202
Reviewed 23 May 2018 via mobile
Food needs improvement

In to repeat a visit a top priority should be the food served. Now if u want to economize on food you’re in the wrong business. Rome are clean and basic, service ok, location very good but the food really isn’t worth much

This review is the subjective opinion of a TripAdvisor member and not of TripAdvisor LLC
Barbora V
Karlovy Vary, Czech Republic
5951
Reviewed 17 April 2018 via mobile
Excellent service for reasonable rate

This review is the subjective opinion of a TripAdvisor member and not of TripAdvisor LLC
tjb600
Barnegat, New Jersey
23886
Reviewed 20 March 2017
Basic accomodations. Food great...

Stayed here while working for a week locally. Hotel staff very friendly and helpful. Has Wi-Fi. No laundry. They offered to do it for me though. Beds no box spring. Strange for me. But was comfy. Every day food was great. Local soups, salads, main dishes and deserts prepared on location fresh. Tasted like it. Very good. Good view of lake across from hotel. Charming little town its in.

This review is the subjective opinion of a TripAdvisor member and not of TripAdvisor LLC
patron175
Tampa Bay Florida
29688
Reviewed 1 October 2016
Nice view of river but staff very rude!

A general statement "I see you are on Trip Advisor by the sign in the window". "What is that supposed to mean"? And it went down from their service for lunch was slow - uncaring and just basically poor. They even took their time with the check. Food was basically ok but cannot recommend this establishment.

Room tip: Many other restaurants in the area along the river.
Ask patron175 about LH Parkhotel Hluboka nad Vltavou
1  Thank patron175