Booking.com
Orbitz.com
eDreams
View all 12 deals
Prices are provided by our partners, and reflect nightly room rates, including all taxes and fees known to our partners. Please see our partners for more details.
Payments made by partners impact the order of prices displayed. Room types may vary.
Toni13
Haifa, Israel
492276

Very good in its class

I gave the Hotel 4 rings because it delivers exactly what it promises with no frills and at a fair price. The room is basic but clean and not too small. Quality of sleep was good - decent bed and no noise. Convenient parking and a simple basic breakfast. Ideal for an inexpensive one night stop.

See all 167 reviews
Payments made by partners impact the order of prices displayed. Room types may vary.
Nearby Hotels 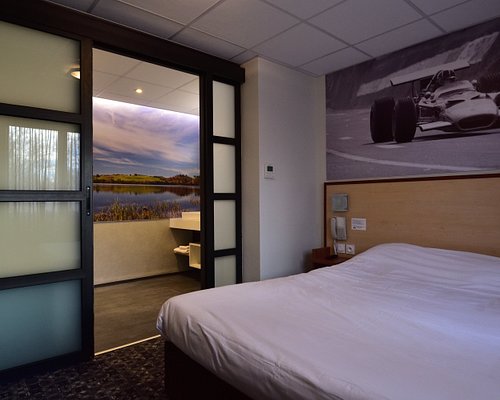 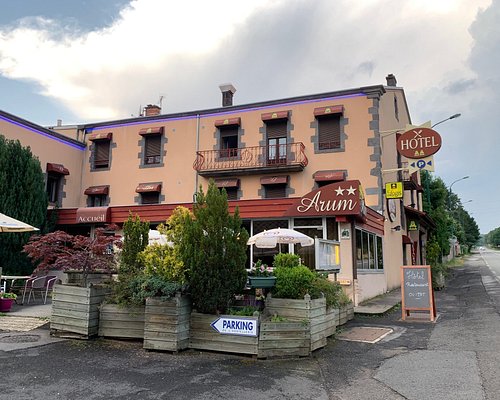 I selected this hotel for the price and the location.
It is quite close to local attractions such as Vulcania or the Golf des Volcans. Not far neither from Clermont Ferrand.
Regarding the standing, nothing fancy. It is mainly functional therefore ideal for a short stay.

This review is the subjective opinion of a TripAdvisor member and not of TripAdvisor LLC
613kate_inav
Naujac-sur-Mer, France
36
Reviewed 7 March 2017
Horrible food and too slow servis

Too tough meat, which can't be eaten... We wait at first for ordering, than for food... We recommend La Fontaine in Orcines. Higher quality, perfect design of the restaurant, but price quite the same (menu du jour).

This review is the subjective opinion of a TripAdvisor member and not of TripAdvisor LLC
Nousvoici
Broadway, United Kingdom
15137
Reviewed 19 June 2015
Good location, friendly service

A fantastic place to stay for visiting Puy de Dome and Vulcania and surprisingly easy to reach from Clermont-Ferraud. The room was a basic logis room, standard comfort and the service was great. We ate dinner in the restaurant: standard French fare, well cooked.

This review is the subjective opinion of a TripAdvisor member and not of TripAdvisor LLC
Enid H
Kendal, United Kingdom
156
Reviewed 3 November 2014
A disappointing stay

We have stayed in Logis de France for over 30 yrs and rarely been disappointed. The room at Hirondelles was fine, but dinner not. The Menu du Jour was not to our liking so chose the overpriced limited menu. On the advice of the waiter, I chose a local dish which was a lukewarm mixture of what appeared to be the same dauphinoise potatoes as my husband had with a few bits of ham and cold smoked ham on the side. My husband paid €7 extra for a mediocre piece of beef as he did not want tripe with pig's foot.
Breakfast, not cheap,saw not a single thing on our table other than a paper place mat. Everything had to be put on our table by us.
The following night we had a cheaper, but so much better experience which will be reviewed elsewhere.

This review is the subjective opinion of a TripAdvisor member and not of TripAdvisor LLC
DandJS
Brisbane, Australia
3829
Reviewed 24 February 2012
Nice homely hotel

My husband and I stayed one night at this hotel on our drive around Limousin and Auvergne. Rooms are very adequate, windows to the outside, beds comfortable and breakfast good. No 'French' atmosphere as in restored building, etc but a comfortable place to stay.