Friendly and in a great location - Review of Hotel Avenida Playa

Friendly and in a great location

This hotel offers all the amenities that you could need for a few days near the beach at Zahara. The owners and staff are very friendly and welcoming. The location of the hotel is very convenient for the beech and towns bars and restaurants.More

Thank you very much for your opinion, it is a pleasure for us that you have been so comfortable, thank you.

Report response as inappropriateThank you. We appreciate your input.
This response is the subjective opinion of the management representative and not of TripAdvisor LLC
See all 91 reviews
Payments made by partners impact the order of prices displayed. Room types may vary.
Nearby Hotels 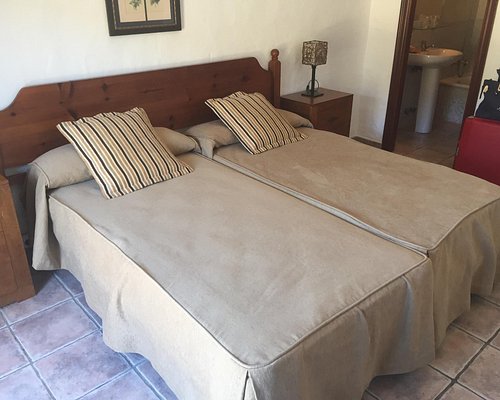 Hotel Almadraba
US$67
Tripadvisor
View Deal
Free cancellation
Pay up to 12X
Hotels.com
eDreams
Travelocity
View all 13 deals from US$67
55 reviews
0.1 km from Hotel Avenida Playa
We compared the lowest prices from 13 websites 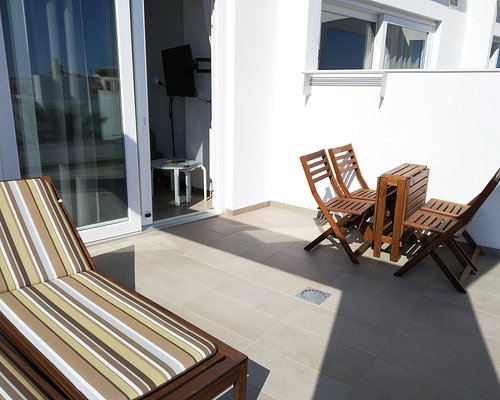 A well run family hotel so close to the beach and the shops. Dog friendly and people friendly. Eat your breakfast people watching, and make many local trips to interesting places. The annual tuna festival was very interesting and took part all along this coast. There seems to always be a breeze there.

We had a lovely stay here with our French Bulldog "Ruby" and we were all made very welcome by all of the lovely family that own the Hotel. Our room 107, was spacious with great views off the terrace to the sea, beach and across to Morocco. The hotels location is excellent right in the centre of town and a few steps to the beach. We enjoyed our stay and would recommend the Hotel to our friends. Not forgetting it was also great value.

This review is the subjective opinion of a TripAdvisor member and not of TripAdvisor LLC
maartenv262
Bruges, Belgium
163
Reviewed 17 September 2015
close to the beach

Ideal location by the beach. Good choice of restaurants in the village. Some more variation for breakfast would be great. The room has a terrace with a view. Some noise in the streets, so use earplugs. Car parking is difficult.

This review is the subjective opinion of a TripAdvisor member and not of TripAdvisor LLC
weeboo
Zurich, Switzerland
6027
Reviewed 9 June 2015
Great value

This little family-run hotel is almost on the beach and pretty much in the middle of the (small) town, very clean, with friendly staff. The included breakfast was decent. It's hard to park in front as most places are usually taken, but it depends on arrival time and luck.

This review is the subjective opinion of a TripAdvisor member and not of TripAdvisor LLC
Patrick8379
Soleure, Switzerland
96
Reviewed 23 May 2015
Really great Hotel, but......

The Hotel itself is great, location is very close to the beach, super nice Staff (family run), Good food (priced a little bit on the high end, but acceptable), the room was clean.

So why only this average rating? It has to do with how much we liked Zahara de los Atunes and the Hotel, that we decided to extend our stay there for two more day's. Unfortunately they were fully booked so they told us about an apartment that they rented out. The apartment was spacious but a little bit further away (5-10min to walk, not a problem). The issues started with sitting the first time down onto the couch, my back was covered with pet hair! My daughter's socks were black on the bottom after being there an hour, even though it didn't seem that dirty. After complaining at the desk, we were told that they wouldn't clean the apartment, so we decided to only stay one night. That was the right decision, because later that night there was a rather big cockroach running towards the kitchen, I made an effort to trap it under a glas for leaving it there for the staff.

The Hotel itself (staff, location, food) is between four and five stars. But I had to take into considerations the apartment situation as well.

I will the the ratings only for the Hotel