eDreams
Travelocity
Expedia.com
View all 14 deals
Prices are provided by our partners, and reflect nightly room rates, including all taxes and fees known to our partners. Please see our partners for more details.
Payments made by partners impact the order of prices displayed. Room types may vary.
Kate45
Yorkshire
8878

My husband, children (25 and 22) and I have just had 2 nights at this lovely hotel (rooms 104 and 105). Lovely sea views with patio balconies, very comfy beds etc. Maxime on reception was wonderful giving us useful information for our stay in pretty Saint Florent. Some great photos to spot around the hotel lounge of some of their more famous guests over the years! Don’t miss Lotu-Saleccia beach (Popeye boat from marina) or wine tasting at Gentile Domaine (20 min walk from hotel along the coast) - Jean Paul Gentile lovely owner.

Really recommend this quiet hotel - just a 10 min walk into SF. Only thing I could to add is that it’s a shame the lovely planting at the entrance isn’t carried through to the outdoor pool area which could be enhanced with similar huge terracota pots of exotic plants to soften off the look. But that’s a small thing.More

Show less
Trip type: Travelled with family
See all 353 reviews
Payments made by partners impact the order of prices displayed. Room types may vary.
Nearby Hotels 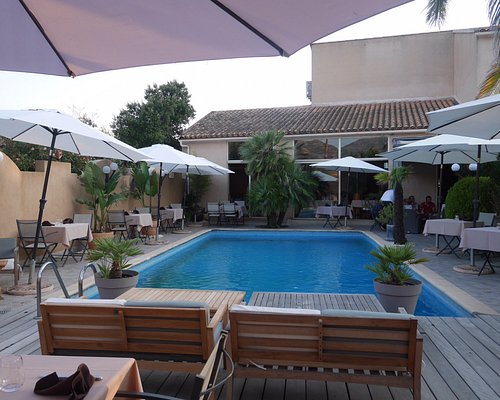 Auberge le Montana
US$80
Tripadvisor
View deal
Expedia.com
Hotels.com
Booking.com
US$80
View all 12 deals from US$80
43 reviews
3.5 km from Demeure Loredana
We compared the lowest prices from 12 websites 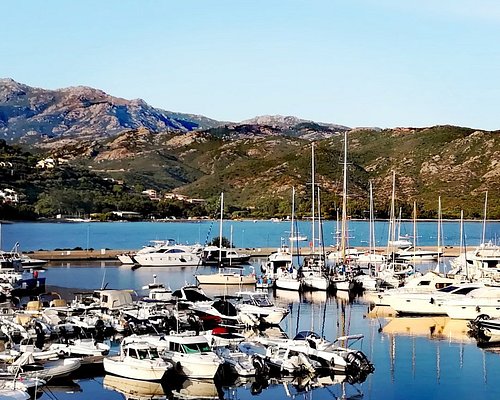 Hotel l'Europe
US$90
Booking.com
View deal
Reserve now, pay at stay
Priceline
US$90
eDreams
US$90
Agoda.com
US$90
View all 6 deals from US$90
179 reviews
0.8 km from Demeure Loredana
We compared the lowest prices from 6 websites 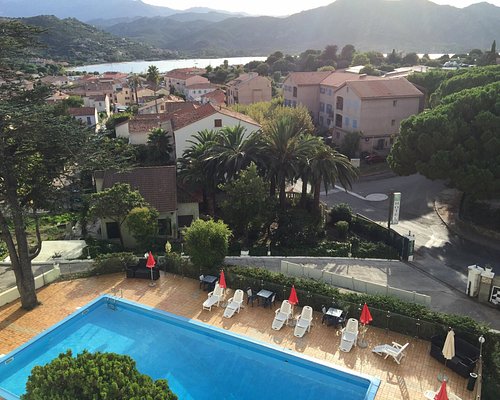 Madame Mere Hotel
US$87
Booking.com
View deal
Priceline
US$87
eDreams
US$87
Agoda.com
US$87
View all 7 deals from US$87
277 reviews
0.3 km from Demeure Loredana
We compared the lowest prices from 7 websites
Top Rated
Hotel Dolce Notte

We have just returned from a week at the Demeure Loredana and had a truly great holiday. From the moment we arrived the staff were very welcoming, helpful and friendly and all with very good english.
We were upgraded to a suite which was huge with a separate lounge, jacuzzi bath with separate shower and separate toilet. Along with all rooms it had fabulous views over the sea which we could enjoy from the balcony.
The hotel is a less than 10 minute stroll from the town which has a very good array of bars and restaurants. We had some really good meals ranging from a very good 3 course fixed price at 24euros (incredible value) to a superb gastronomic experience at La Gaffe on the great recommendation of the hotel (substantially more money but worth it!)
You do need to go up and down a very steep slope (about 50metres) to get in and out of the hotel. I managed ok with a broken foot but probably impossible to push a wheelchair.
We took breakfast on the balcony a couple of times which was lovely - a la carte which you just select the night before and beautifully presented to the room and set up on the balcony complete with table cloth etc or you can have it on a terrace by the pool. Perhaps quite pricey if you had it every day but good quality. Other times we just strolled into St Florent to grab a coffee and croissant and watch the world go by. Whenever we returned to the hotel it seemed like returning to a little oasis of peace and tranquility.

Everywhere was spotlessly clean and tidy. The large swimming pool, although initially chilly was perfect for a cool down and incredibly clean. The whole pool area was virtually empty whilst we were there but there were plenty of loungers etc even if it was busy.

The only even vaguely negative comment I can make is that the furnishings in the lounge area of the suite were perhaps not in keeping with some of the very classy photos of some other rooms shown on the web site. The bedroom had a lovely period mirror and chair but the lounge area was just rather mismatched? I stress that this is meant simply a constructive observation rather than any sort of criticism.

A fantastic place to stay to savour the delights of Corsica!

From the moment we arrived we knew that this hotel was going to be something special. We were warmly welcomed by Maxim in reception, who prove to be great asset with his local knowledge and helpful advice. He explained the hotel's features in perfect English and then informed us that, because we were staying for seven nights, we had been upgraded to a suite. This proved to be one of the nicest rooms we have ever stayed in, two well appointed and artfully decorated rooms with plenty of storage space, an empty fridge and a beautiful view (with spectacular sunsets each evening) from our balcony.

Breakfast is served on your balcony with a choice of several set menus or a la carte, which we chose. The portions for each item were substantial enough to share, making it very reasonable as well as tasty. The hotel itself has no restaurant but Delfinos next door has the same owner and serves excellent meals with the same spectacular views at a reasonable price for the quality.

The pool area is a delight but we were often the only couple there - on just one occasion about half of the sunbeds were taken, such a rarity that we joked that it was crowded!

The hotel is about 10 minutes walk from the picturesque town of St Florent and although there are few sights, we found it a pleasure to stroll around its pretty streets and harbour. There are plenty of restaurants to chose from and numerous shops selling a wide range of local produce. The one slight drawback was the short but very steep climb from the road to the hotel but this did nothing deter our trips into town.

We are already talking about returning to what has already become one of our favourite hotels and not just because of the champagne they provided on my husband's birthday!

This review is the subjective opinion of a TripAdvisor member and not of TripAdvisor LLC
George_Boise_Idaho
Boise, Idaho
5837
Reviewed 10 September 2018 via mobile
Wonderful hotel just outside a beautiful town.

Stayed here for 2 nights during our driving tour of Corsica. This is a true 5 star hotel. The staff is very nice and highly professional. The rooms and the views are magnificent. The breakfast on the balcony is a great experience. It is a short walk to the town center. I highly recommend this hotel and thank the staff for a wonderful stay.

This review is the subjective opinion of a TripAdvisor member and not of TripAdvisor LLC
ASJ1
Southampton, United Kingdom
9051
Reviewed 1 July 2018 via mobile
Lovely hotel with incredibly helpful team

There was the smallest hint of rain when we arrived and we were treated straight away with an umbrella and help unloading the car. This set the scene for the three nights. They genuinely couldn’t have been more helpful.

Rooms are spacious and well designed. The bed is incredibly comfortable.

The outdoor pool is a good size and very refreshing. Everywhere is spotlessly clean.

Breakfast is offered in your room so you can enjoy uninterrupted view of the coastline.

Fridges are provided in the rooms to enable you to store drinks or food.

The only challenge is the steep drive up to the hotel but then that is offset by the views the each room has.

We booked a junior suite and we given a paraplegic room with a big balcony. The room itself was reasonable but the toilet area had no bidet and the shower was small due to the paraplegic chair and hand rail The pool area is very nice and they also have a indoor pool.
Do not take room 104.

This review is the subjective opinion of a TripAdvisor member and not of TripAdvisor LLC
View more reviews
PreviousNext
12…59
<script type='text/javascript' crossorigin='anonymous' async onerror='__scriptLoadError(this,true);' src='htt