US$102
Free cancellation until 30/04/21
Reserve now, pay at stay
View deal
Hotels.com
Travelocity
eDreams
View all 10 deals
Prices are provided by our partners, and reflect nightly room rates, including all taxes and fees known to our partners. Please see our partners for more details.
Payments made by partners impact the order of prices displayed. Room types may vary.
shaneLongford
Longford, Ireland
86

It has been a long time since we stayed at a B&B, but Lettermore Country Home would only encourage you to go back. Really comfortable rooms, excellent breakfast and superb hospitality. Ann, the owner, was an outstanding host.
Thank you for the lovely weekend. Indeed we will be back.
S&S Longford.More

Thanks for the lovely review much appreciated

Report response as inappropriateThank you. We appreciate your input.
This response is the subjective opinion of the management representative and not of TripAdvisor LLC
See all 73 reviews
Payments made by partners impact the order of prices displayed. Room types may vary.
Nearby Hotels 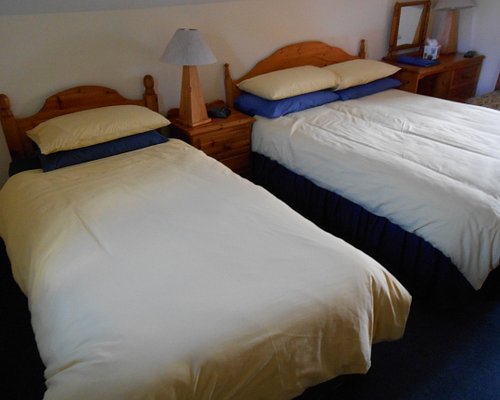 Expedia.com
View deal
Free cancellation
Pay up to 12X
Agoda.com
US$84
Tripadvisor
US$84
FindHotel
US$84
View all 9 deals from US$84
69 reviews
3.7 km from Lettermore Country Home
We compared the lowest prices from 9 websites 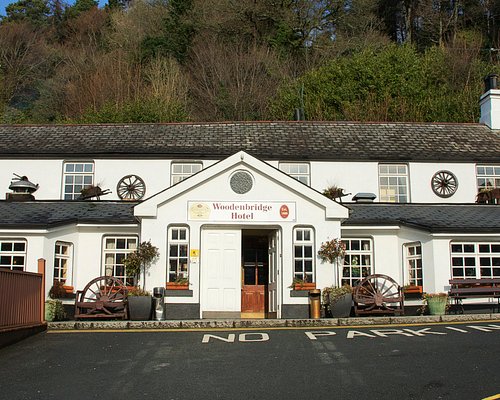 Top Rated
Breakfast included
Woodenbridge Hotel & Lodge
US$114
US$91
Tripadvisor
View deal
Pay up to 12X
Priceline
Booking.com
US$103
Agoda.com
US$114
View all 14 deals from US$91
1,186 reviews
10.7 km from Lettermore Country Home

Priceline
View deal
Free cancellation
Reserve now, pay at stay
Booking.com
US$103
Hotels.com
US$114
StayForLong
US$119
View all 17 deals from US$103
1,443 reviews
30.7 km from Lettermore Country Home
We compared the lowest prices from 17 websites
Breakfast included
Sponsored
Birchdale House
US$84

Stayed here for one night with my husband, and honestly couldn't fault the place. Ann the owner couldn't do enough for us and was so friendly. And the breakfast was gorgeous and you get a great choice. Would highly recommend this b&b

“Lettermore Country Home is a gem of a place to stay. The rooms are so beautiful and so aesthetically decorated. Both our rooms had tea, coffee facilities even biscuits, hair drier. The toiletries in the attached bathrooms are of very good quality and are cutely arranged in a beautiful miniature bath tub. Ann is very welcoming and takes good care. The breakfast is sumptuous, with good variety of choices. Their pets are friendly too! Glendalough is a short drive away. There are good restaurants a short drive away too. Each room has an information brochure covering all informations you would need while visiting. Maps of Wicklow County are provided. One generally does not see luggage stands in BnBs, as we did here. This is one of the most beautiful and welcoming Bread and Breakfast we have stayed in.”

This review is the subjective opinion of a TripAdvisor member and not of TripAdvisor LLC
tourers_at_last
Melbourne, Australia
11061
Reviewed 9 June 2018 via mobile
Enjoy, we did!

We booked on line via a booking site many weeks prior. All was in order on arrival and welcome was fine. Room was as shown and expected. Room inc ensuite was spotless and well furnished. Off street parking was fine, wifi was ok, breakfast was excellent, cost was fair (good value), all things considered, a very good experience. Would stay again, - recommended.

PS Some addresses appear incomplete if you are not a local and thus can be hard to find. So note always have the phone number as well. It’s saved us often.

This review is the subjective opinion of a TripAdvisor member and not of TripAdvisor LLC
Savannah C
Prestonsburg, Kentucky
64
Reviewed 1 June 2018 via mobile
Amazing place ran by an amazing woman

I visited Lettermore for 2 nights as part of a 10 day road trip with 2 gal pals. We were all amazed at Ann's lovely place and her awesome generosity. Lettermore is truly a delight and Ann is so funny and giving. She helped us to feel at home not just at her B&B but in Ireland in general. I can't say enough great things about her and her home. Everyone who visits Ireland should make a visit to Lettermore in Rathdrum. I highly recommend! A+++++

This review is the subjective opinion of a TripAdvisor member and not of TripAdvisor LLC
panaromic2016
Cork, Ireland
95
Reviewed 22 April 2018 via mobile
Everything excellent (except the shower).

First, this is a great guesthouse which I’d recommend to anybody. The owners were lovely people, the breakfast was delicious, the price was very reasonable, the room was comfortable and the beds were good.

The only problem I had was with the shower. I had a shower the evening I arrived and although the water pressure wasn’t very good, it was still an okay shower. However, I had a shower the following morning and it was much worse. I suppose all the guests were using the showers at the same time, but halfway through my shower, the water literally became a trickle. I had to hold the shower head right over my head for 5 minutes just to rinse off the shampoo with a bare dripping from the shower.

I only mention it as one issue out of an otherwise great stay. I recommend having a shower early or late in the morning to avoid the peak time water pressure problems. Otherwise, you’ll have a great stay.