US$104
US$84
View deal
SAVE US$20
Expedia.comUS$104
eDreamsUS$104
TravelocityUS$104
View all 15 deals
Prices are provided by our partners, and reflect nightly room rates, including all taxes and fees known to our partners. Please see our partners for more details.
Payments made by partners impact the order of prices displayed. Room types may vary.
Brun066
Florence, Italy
13251045

Strategic location, kind attitude by staff (and by guests), great value for money

This hotel is in a central position into the town, especially suitable for those traveling without a car. In fact it's just opposite the railway station (linking Porretta to Bologna and, by a train change, to Florence, Lucca, etc.), less than 100 meters from it, just beyond the bridge over the river. The bus station (offering a good network of connections with the countries of the surrounding mountains) is just 50 meters away. However, the hotel also has private parking for those traveling by car.
As for the hotel itself, it seems particularly popular with people staying in Porretta for spa holidays. It is therefore largely attended by middle-aged people. average rather polite (not often elsewhere it happens to be greeted by all, when you come to the breakfast room). And the staff is courteous also.
The rooms are simple but efficient, in accordance with a three-star hotel; as is the breakfast.
Finally, the value for money is great, at least for central and northern Italy's: I paid 42 Euros for a night in a single room with breakfast.More

Show less
See all 66 reviews
Payments made by partners impact the order of prices displayed. Room types may vary.
Nearby Hotels 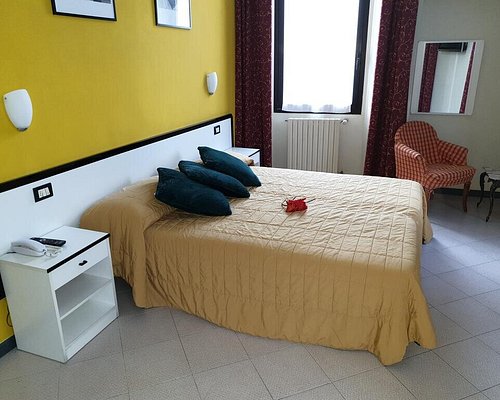 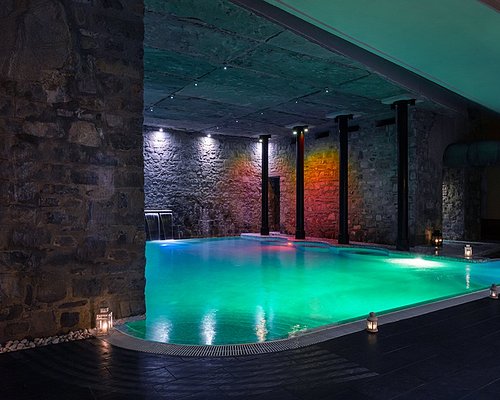 Expedia.com
View deal
Orbitz.com
FindHotel
US$185
ZenHotels.com
US$213
View all 17 deals from US$185
1,960 reviews
0.0 km from Hotel Roma Porretta
We compared the lowest prices from 17 websites 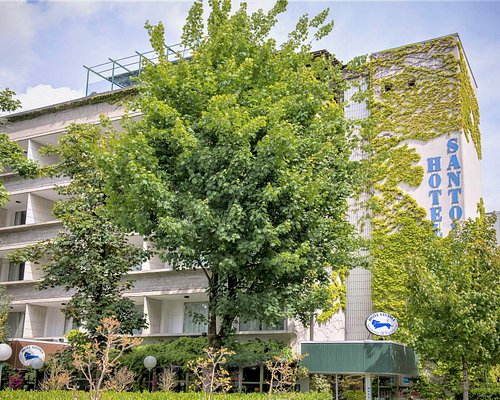 My wife and I stayed at the Hotel Roma for the first week in September. Don't be fooled by its 3 star rating - service was worthy of far more! Spotlessly clean, large airy room. Continental breakfast on offer (with great coffee!). The manager could not have been more helpful (I lost my phone in the first day) - ringing round lost property offices etc. - not expected, but very impressed. Great recommendations on local restaurants, and superb location - first rate!

This review is the subjective opinion of a TripAdvisor member and not of TripAdvisor LLC
nirmalya72
Mumbai, India
54
Reviewed 21 April 2014
Nice Stay

I have been their for nearly 7 days while On CERSAIE, due to non availability of hotel in last minute, I opted for it, But my experience was very very satisfying, all staff are very nice and helpful in nature, The owner of the Hotel helped me a lot, I really thankful to him.I will definitely visit again w/o any doubt.

My wife, my daughter and I stayed for 10 days at Hotel Roma--Porretta Terme. The staff was very friendly and very willing to help in every way in showing us also where is best to visit each day. The room was very clean and also very big, and it was really value for money. The location was also super having the train station just across the road, making it easy for us to visit many different locations every day.

Room tip: Our room was on the third floor but there was no problem with the elevator.
Ask LabelaMalta about Hotel Roma Porretta
1  Thank LabelaMalta

This review is the subjective opinion of a TripAdvisor member and not of TripAdvisor LLC
julomat
Bologna
13
Reviewed 22 March 2009
wonderful place - next time again!

the hotel is located in the center of porretta-terme in a beautiful historical building. it is a warm athmosphere, the service is great and the hotel roma is family-owned. we had a perfect weekend: from the hotel it is easy to discover the beautiful countryside and nature in this area, the distance to bologna is 1 hour, the toskana is 20 minutes close, also you can go skiing in corno alle scale in 40 minutes - which we did. we are looking forward to visit the hotel roma again.