Much More Than A Hotel - Review of Hotel Villa De Ada

Much More Than A Hotel

Show less
Room tip: There are only 12 rooms. There are no bad rooms
Google Translation

Report response as inappropriateThank you. We appreciate your input.
This response is the subjective opinion of the management representative and not of TripAdvisor LLC
See all 27 reviews
Payments made by partners impact the order of prices displayed. Room types may vary.
Nearby Hotels 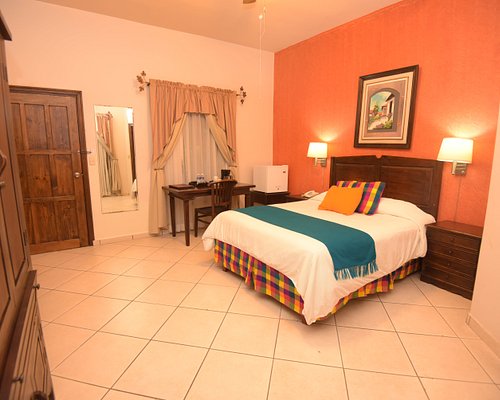 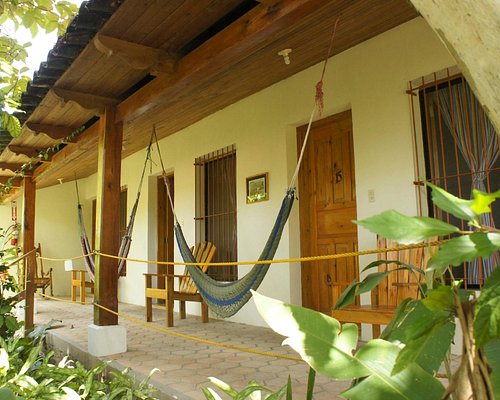 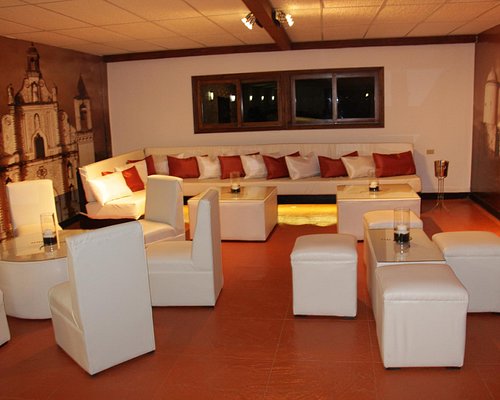 My wife and I recently spent 7 days at this wonderful hotel. It's actually not really a hotel, it's much more. It's located on a large tranquil area just minutes away from the town center. The grounds are beautiful with palm trees and lots of vegetation.
The rooms are arranged in 3 buildings with 4 rooms to each building. They are air conditioned and have a shower with hot water. There's a wall mounted TV but it was not much use because all the programs were in Spanish although I did find CNN in English one day. Besides, I didn't travel to Honduras to watch TV. They have free wi-fi and the signal was strong in the room. They were very clean and every day we were left 2 bottles of water. On our second day they set up a hammock outside our door which I loved. Perfect way to relax with a good book and a cold drink.
The pools, in fact the whole property, was clean and well maintained. Breakfast is included with the room and although we spoke very little Spanish and the people there spoke very little English, we managed to get our point across. Breakfast is ordered from the menu and served by smiling, friendly servers. I was surprised that bacon and eggs were on the menu and they were delicious.
The front desk people, in fact all the people we dealt with, were extremely helpful and always smiling.
I would highly recommend Villa de Ada to anyone planning a trip to Gracias.

Report response as inappropriateThank you. We appreciate your input.
This response is the subjective opinion of the management representative and not of TripAdvisor LLC
Ravikash
India
1
Reviewed 28 November 2015
My experiences is very good

this is the old and best hotel in Gracias Lempira with the nature i enjoyed my journey thanks to the hotel administration. food was really good and every service was on time and according to promise i will come back again.

Report response as inappropriateThank you. We appreciate your input.
This response is the subjective opinion of the management representative and not of TripAdvisor LLC
wildflower_luda
Montgomery, Michigan
182244
Reviewed 2 February 2014
Animals on exhibit are not well cared for

The five swimming pools, water slide, and fish ponds with boardwalk are nice. The water slide is nice when they turn it on, which can take hours.

But this hotel has some serious problems.

Besides the Internet not working in the room (works in the lobby), you will likely be saddened by the poor care their exhibit animals receive. Villa de Ada has a caged monkey, macaws, and parrots. During my stay, none of the animals were given any food or water. I noticed that the hotel workers arrived in the morning, worked all day, left in the evening, and the animals still had no food or water. When the workers were gone, I finally took it upon myself to give water to the parrots, and they were very thirsty. Two parrots sit in small cages suspended from a tree. The cages are not large enough at all for the size of the parrots, only being slightly larger than the parrots themselves. The sweet birds just sit there all day and have nothing to do. No toys, nothing to eat or drink, no shelter during the cold and rainy nights. My son and I filled their cages with leaves, flowers, and seed pods. At least for one day they had something with which to amuse themselves. I complained to hotel staff, but nobody seemed to care about the animals.

The monkey was another story. I was standing there looking at the monkey, when he reached through the bars of the cage with his long arms, and grabbed me by the hair. He pulled and pulled while I screamed. Finally he let go, but not before pulling out a substantial amount of my hair. It was clear that he was simply frustrated and seemed to be demanding food.

I told hotel staff what had happened, but they did absolutely nothing. Didn't even give me a break on the cost of the room. If this had happened in the United States, I would sue them. But here I lost hair and all I got was a shrug from hotel staff and my bill.