Orbitz.com
FindHotel
StayForLong
View all 9 deals
Prices are provided by our partners, and reflect nightly room rates, including all taxes and fees known to our partners. Please see our partners for more details.
Payments made by partners impact the order of prices displayed. Room types may vary.
lekhanh92
1

Outstanding host, well situated hotel and amazing food! 100% recommeded! If you visit Sardegna, a car is obligatory, that is why we did not mind taking the car to get to the local beach. The local beach was clean and the water was clear, too. Not only parking was like 2€ for the whole day, it was Not super crowded as other beaches.

We booked half board, dinner was incredible and the breakfast buffet, which included a delicious cappucino, was more than sufficient. All in all, we would book the same hotel again! Thank you very much for the lovely stay!

Trip type: Travelled with family
See all 150 reviews
Payments made by partners impact the order of prices displayed. Room types may vary.
Nearby Hotels 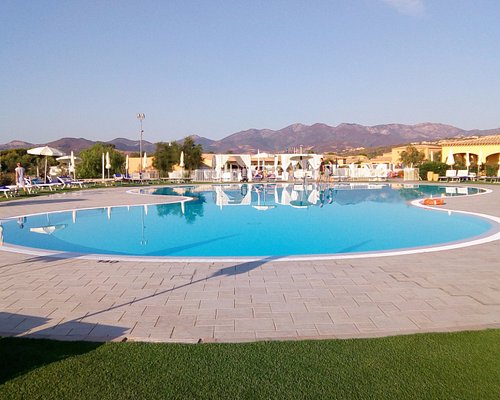 All Inclusive
Janna E Sole
US$168 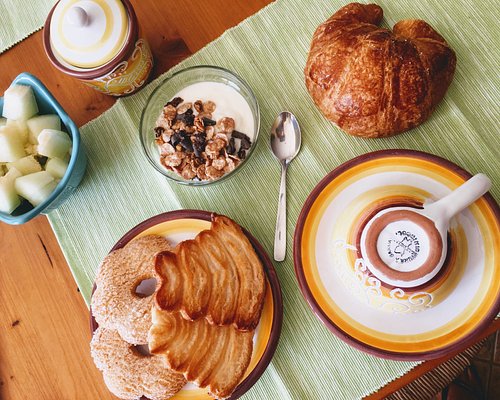 Expedia.com
View deal
Hotels.com
Agoda.com
US$461
Lol.travel
US$527
View all 16 deals from US$461
134 reviews
6.7 km from Hotel Lu Baroni
We compared the lowest prices from 16 websites
All Inclusive
Hotel Baia del Porto

We booked a double and our room had two bedrooms and a large entree, bathroom was rather basic and could do with a upgrade. Very friendly family management, we spontaneously took half-board since the dinners on the terrace were very much to our liking, local and reasonable portions, good house-wines, excellent value for money.
Good location for visiting villages and beaches around Posada and close to Olbia

This review is the subjective opinion of a TripAdvisor member and not of TripAdvisor LLC
micknor51
Newcastle, Australia
386163
Reviewed 26 April 2018 via mobile
Very comfortable and roomy, highly recommended.

Hotel Lu Baroni is a small establishment set on a generous sized plot. It has 10 apartments of 2 bedrooms plus lounge and bathroom set apart in grassy surrounds. The rooms are spotlessly clean and can sleep 5, with air conditioning, a small bar fridge and satellite tv.
The bar restaurant area is very tasteful and a generous continental breakfast is provided with excellent coffee.
A large car park out front means there will always be a place for your car.
Gianfranco the proprietor was most courteous and helpful.
It is a 15-20 minute walk into the port area since there is no direct route and you need to walk around the roads. Out of season it is probably best to drive in as plenty of parking is available.

This review is the subjective opinion of a TripAdvisor member and not of TripAdvisor LLC
Ed333255120
Invercargill, New Zealand
3922
Reviewed 31 May 2015 via mobile
Tranquil, good food, nice view

We had a smart little cottage with a double, twin and small living area. The highlights were the friendly Owner, an excellent breakfast and good coffee with a sea view. 10-20 min walk to the port. Would stay again.

This review is the subjective opinion of a TripAdvisor member and not of TripAdvisor LLC
andmark1
Katowice, Poland
1222
Reviewed 2 June 2013
Relaxing and peaceful

We stayed there for three nights in May at really bargain price. Place is very nice, appartments in twin bungalows are comfortable and spacious, with some place (patio) to rest outside. The furnishing and equipment (including 14-inch tv and a fridge) is modest but fine. The cleaning service is good (performed every day, including towels change).
The complex is located on the outskirts of Porto Ottiolu, among the surrounding hills covered with forests. The place is rather far from everywhere, but really peaceful and offering some views over the neighbourihood with the sea as the far background.
The atmosphere was really familiar, as we were the only customers at the time there, and the managers (a couple with kids) were really friendly, helpful and sociable.
Meals (we had the halfboard included) are served to the table (not the buffet form) - dinners were acceptable (pasta as the first course, followed by meat or fish as the second one, drinks paid extra), but breakfasts rather miserly.