A nice and comfy hotel - Review of Hotel Village Soleil

eDreams
Orbitz.com
PricelineUS$156
View all 15 deals
Prices are provided by our partners, and reflect nightly room rates, including all taxes and fees known to our partners. Please see our partners for more details.
Payments made by partners impact the order of prices displayed. Room types may vary.
satishpi
New Delhi, India
71

A nice and comfy hotel

Nice and pleasurable location. Very helpful staff and good facilities. The room was comfortable and clean. The location offers excellent views of the marina. Just a quick walk takes you to a range of dining opportunities. Breakfast served is good

Review collected in partnership with this hotel
This business uses tools provided by Tripadvisor (or one of its official Review Collection Partners) to encourage and collect guest reviews, including this one.
See all 117 reviews
Payments made by partners impact the order of prices displayed. Room types may vary.
Nearby Hotels 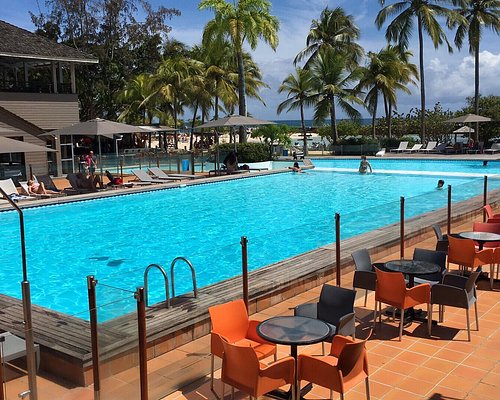 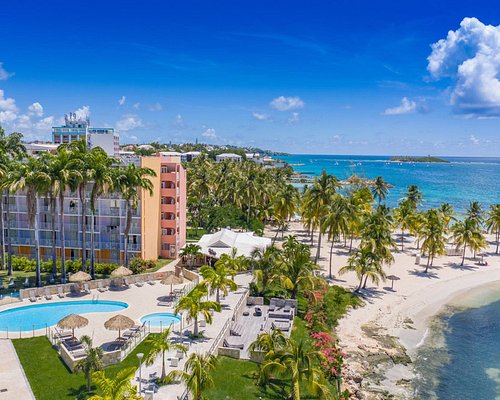 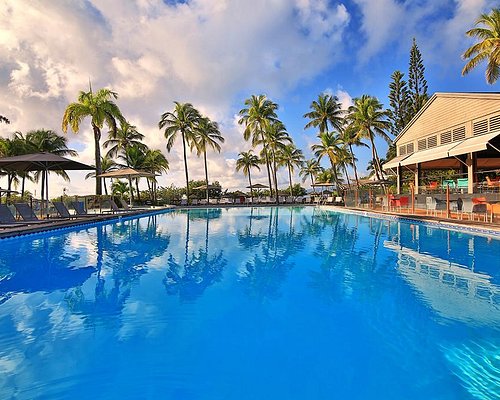 Hotels.com
View deal
Orbitz.com
Destinia.com
US$223
eDreams
US$296
View all 15 deals from US$223
644 reviews
3.1 km from Hotel Village Soleil
We compared the lowest prices from 15 websites
La Maison Creole

We stayed at this hotel for 5 nights after a cruise in the Caribbean. It is on a hill above a marina, not far from Pointe-a-Pitre and the cruise port. The three major problems with this hotel are 1) it is on a hill, and there is no nearby accessible beach; 2) to get anywhere except the marina, one needs transportation, so unless you have a car rental, avoid this hotel; 3) there is no service to help carry suitcases to and from the rooms, and many rooms are only reached via outdoor stairways, there being no elevators. This should be noted in any information about this hotel.

In addition, when we first arrived (by taxi from the port), our room was not ready, which did not particularly bother us, since we arrived about 11 am, before check-in time. However, the person at the desk spent lots of time on the computer and on the phone before telling us to leave our suitcases in a storage room and to return about 1 pm, which we did. In the meantime we walked downhill to the marina and found a restaurant for lunch.

Upon our return, the employee at the check-in desk did not have the key to the baggage room, and after a long time finally called another person who had a second key, so that we could get our baggage. We were told where our room was, and were surprised to have to go down two storeys on an external cement stairway and carry our suitcases there. This is obviously not adapted to people over a certain age, who should avoid this hotel.

The rooms themselves were adequate, with air-conditioning, an excellent and large bathroom with very good shower, and a small kitchenette with fridge, but we did not use the kitchenette.

The best thing about this hotel was the breakfast, served in a covered patio just above the swimming pool. There were lots of choices, lots of tropical fruits, good coffee, warmed croissants, a toaster, and some local specialties. The only problem was breakfast cereal; only Corn-Pops or chocolate Corn-Pops were available, no granola, but that is a detail. It is not a fancy hotel so one expects less elaborate breakfasts, but this was a good experience, and the employees who took care of breakfast were competent and pleasant, in contrast to the person at the check-in desk.

Room tip: Ground floor rooms are two storeys below entry and no elevators available. Avoid them if you choose this hotel.
Ask galantarc about Hotel Village Soleil
Thank galantarc

Located between the ferry and the airport it is an ideal hotel if you are laying over for the night or two. You can very easily walk down to the marina and get a huge choice of restaurants, a supermarket and other shopping.
Room is basic but clean, good enough bed and hot water. Check in and out was easy.
Pool seemed clean but I did not swim in it. Breakfast was pretty good.
My biggest problem was with Wifi, very frustrating, hard to log on, logs you off all the time. By far my biggest complaint about the hotel.
Overall a good choice for a few nights layover, price is good and overall clean and friendly.

Review collected in partnership with this hotel
This business uses tools provided by Tripadvisor (or one of its official Review Collection Partners) to encourage and collect guest reviews, including this one.
Ask wbkivi about Hotel Village Soleil
Thank wbkivi

This review is the subjective opinion of a TripAdvisor member and not of TripAdvisor LLC
larac653
Dusseldorf, Germany
14362
Reviewed 10 March 2019
Only okay for a few nights, but not for a relaxing vacation

The rooms where dirty and the kitchen really disgusting. Would have never used it. It was also really noisy. When another room played some music, you could hear it like it would be played in your own room. Furthermore, the pool sometimes smelled like urin....
On the positive, I have to say that the location was really good. Just walk down the road and you reach the marina and a lot of restaurants. Also the breakfast was good with quite a broad range of foods to choose from (10€ per day).

Dear Customer,
We are very surprised by your comments.
Indeed, nobody never complained about urine odor.
The water of the pool is controlled each month by an establishment the institute of old sanitary, State Organization, and if the pool smelled urine, this institute would have closed it.
Our rooms have all been renovated as well as the kitchenettes.
We regret the noise that comes from outside the establishments down the Marina.
We thank you for your comments and the fact that you enjoyed ou breakfast overlooking the mountain in our beautiful spot filled with works by local authors.

Report response as inappropriateThank you. We appreciate your input.
This response is the subjective opinion of the management representative and not of TripAdvisor LLC
Jamella S
114
Reviewed 21 January 2019 via mobile
Great location

My husband, daughter and I stayed at this resort during Thanksgiving break. It’s not a 5 Star resort but it’s in a pretty good location, close to many restaurants and the boating docks. Somewhat walkable depending on what you’d like to accomplish. We walked to restaurants at night, beware the hill to the resort is a little rigorous, and to the MActe museum. Unfortunately, the beaches aren’t that close and we didn’t rent a car. That is about a $30 cab ride to LeGosier beach but to Saint Anne we spent about $80 round trip. We booked our stay through Airbnb so we did not experience some of the complaints I previously read about, there was an occasional chicken on site but I believe that comes with the territory. The food that’s offered is very continental, and the pool was almost always empty. All in all we enjoyed our stay!

Report response as inappropriateThank you. We appreciate your input.
This response is the subjective opinion of the management representative and not of TripAdvisor LLC
View more reviews
PreviousNext
12…20