Nethybridge Hotel
Lowest prices for your stay
Lock in the lowest price from these sites
US$196
US$155
Free cancellation until 01/07/21
Reserve now, pay at stay
View deal
PricelineUS$155
Expedia.comUS$162
Hotels.comUS$162
eDreamsUS$155
TravelocityUS$162
Trip.comUS$196
View all 15 deals
Prices are provided by our partners, and reflect nightly room rates, including all taxes and fees known to our partners. Please see our partners for more details.
Payments made by partners impact the order of prices displayed. Room types may vary.
dazbaby
Dundee, United Kingdom
15487

Went for ou twixmas break but with COVID was different.But the staff were excellent,good fun and did everything they could to keep us happy .Lindsay,Hanna,Kyle,Bruce,Lisl,Mathew.Thank you for making us feel welcome and making our trip enjoyableMore

Thank you very much for taking the time to provide feedback on your stay with us. It is sad that the current situation has made things a little bit different, but we still take the time to make all our guests feel valued and welcome.

I do hope you can stay with us again in the near future.

Report response as inappropriateThank you. We appreciate your input.
This response is the subjective opinion of the management representative and not of TripAdvisor LLC
See all 846 reviews
Payments made by partners impact the order of prices displayed. Room types may vary.
Nearby Hotels 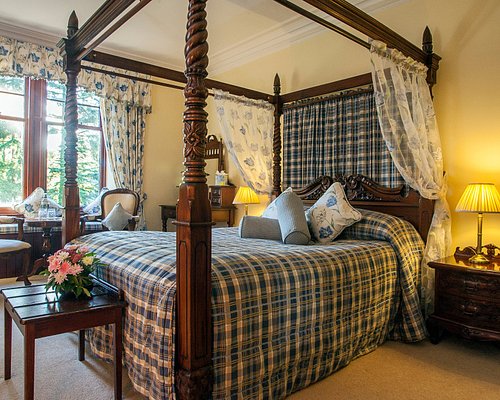 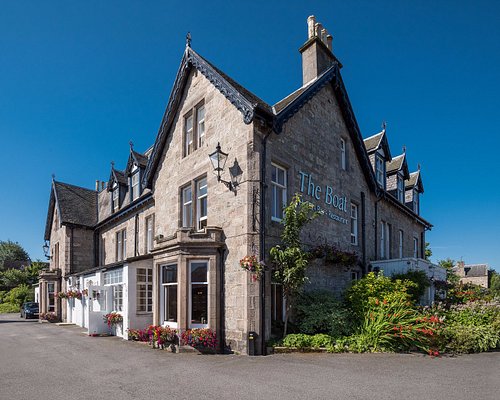 We had a fantastic afternoon out on Sunday. The afternoon tea was great and the kids loved it especially their socially distant visit to Santa. Was a great treat in the lead up to Christmas. The hotel was really festive and well decorated. Just love the cosy atmosphere in the lounge. One of our party was Gluten free and their afternoon tea was well put together. We’ve had afternoon tea at the Dome in Edinburgh and I can tell you the Gluten Free option at Nethy was much better than what they offered! Can’t thank all the staff (Lindsay, Bruce & Hannah) enough for their hospitality . Have visited a number of times and will definitely be back soon.

Thank you very much for your feedback about your visit to see Santa and afternoon tea. I am really happy that you enjoyed your time with us and am delighted to hear that you plan to return soon.

Report response as inappropriateThank you. We appreciate your input.
This response is the subjective opinion of the management representative and not of TripAdvisor LLC
mopetrie
Aberdeen, United Kingdom
31
Reviewed 28 November 2020 via mobile
Great hotel

Thoroughly enjoyed our wee break here from the moment we arrived the staff were so friendly and welcoming. Could not fault anything our rooms were spacious, clean with modern bathrooms. Food was very good as was the choice at breakfast. We chose to have our evening meal in the cosy bar.
We will definitely be back as it was such good value and a great base for exploring the area.

Thank you very much for such great feedback. My team and I are delighted that you enjoyed your stay with us and would stay with us again.

Please keep an eye on our website for our current deals. Booking directly with the hotel will guarantee the best value, including discounts on food, free premium wi-fi and complimentary upgrades when available.

Report response as inappropriateThank you. We appreciate your input.
This response is the subjective opinion of the management representative and not of TripAdvisor LLC
lesleyf837
Erskine, United Kingdom
1
Reviewed 24 November 2020
Happy Traveller

The Nethybridge is a lovely old Victorian hotel set in the beautiful forest village. My mum and I first stayed at the hotel in January and I liked it so much I recently returned on a coach trip. As other reviewers have noted yes it is slightly dated in places but that doesn't detract from its charm. My room was warm and comfortable, the bathroom was spotless and I had a lovely views across to the gardens. Breakfast was good, table service of course in these covid times, with a good selection of hot and cold food and even of off the menu items if requested. Dinner was good too even for a vegetarian with a variety of dishes from pasta to savoury tarts and tagines and tasty desserts. It made a change from some hotels that give you variations of the same dish every night. In these times there was of course no music or entertainment but bingo was put on by Hannah for the 3 nights I stayed and everyone had a laugh and a good time. One of the highpoints of any hotel stay are the staff and the Nethybridge's are welcoming and try to make your stay as enjoyable as possible, Hannah and Kyle certainly did. I would have no hesitation in returning to stay.

Our staff are our main asset in the hotel and all work hard to ensure guest satisfaction. I am sure Hannah and Kyle will be delighted to hear of your praise.

We all look forward to seeing you again at the Nethybridge Hotel.

Report response as inappropriateThank you. We appreciate your input.
This response is the subjective opinion of the management representative and not of TripAdvisor LLC
Roguewader
Stirling, United Kingdom
5418
Reviewed 15 November 2020 via mobile
Tremendous Value

We booked the hotel after another was cancelled by the hotel due to them closing.

When arriving at the hotel the reception was manned and we were quickly checked in with a smile. We booked a table in the restaurant and made our way to our room. The hotel had hand sanitiser at key locations which they encouraged you to use without being pushy.

The room was generous in size with both a bath and a separate shower. Views from the room were over the gardens which were well kept despite it being winter. The bed was comfortable and had the usual tea and coffee facilities.

The menu in the restaurant was pub food, but cooked very well. The garlic mushroom starter was creamy with plenty of garlic, and the chicken burger well seasoned. There appeared to be a single chap manning both the bar and acting as waiter, but he managed to do both without appearing to be rushed. Later in the evening he even chatted a little when most of the other diners had left.

The breakfast was delivered to the door due to covid and consisted of some pastries, toast, and coffee. I would of course have preferred it to have been served in the breakfast room, but completely understandable given the circumstances.

Checking out was very much like checking in, quick and with a smile.

I would not hesitate to stay in the hotel again, and would recommend to anyone in the area.

Thank you very much for such glowing feedback. I am glad to hear that you enjoyed your stay and that you would return.

Please keep an eye on our website for all of our current offers, many of which are not available on third party websites. Booking directly with the hotel guarantees the best possible value, including discounts on food and drink, free premium in room wi-fi and complimentary upgrades if available.

Report response as inappropriateThank you. We appreciate your input.
This response is the subjective opinion of the management representative and not of TripAdvisor LLC
John B
Derbyshire, United Kingdom
9853
Reviewed 11 November 2020
A warm and cheerful lunch

We called in for lunch and were ushered to a cosy log fire by the young ladies who were really welcoming. Large chairs to relax in after home made soup. A real Highland experience. I must stay there next time I am in the area.

Ask John B about Nethybridge Hotel
1  Thank John B

I am delighted to hear that you enjoyed your lunch with us. It was a pleasure to serve you.

Please keep an eye on our website to see all our available deals if you are thinking of staying with us in the future. Booking directly with the hotel gives the best value guaranteed, including complimentary upgrades if available, free premium wi-fi and discounts on food and drink.

We look forward to seeing you again.