US$155
US$125
View deal
SAVE US$30
Travelocity
Orbitz.com
Expedia.comUS$155
View all 15 deals
Prices are provided by our partners, and reflect nightly room rates, including all taxes and fees known to our partners. Please see our partners for more details.
Payments made by partners impact the order of prices displayed. Room types may vary.
MissValerieCA
Long Beach, California
3028

A dream place for vacation. The setting is gorgeous

Yes it's a very special place, tucked in the Restonica mountain.We got a very clean and wonderful room with a view on the river. The bathroom was superb too and when you open the windows, you can hear the river. Delightful! Our king bed was huge!
The breakfast in the morning was very generous. The pool and jacuzzi are such a plus.
The hotel is right on the river and you have access to it to swim. We have never seen such a pure emerald river anywhere else in the world and we travel a lot.
The tap water is so good and pure... the owner told us that in the winter, you can drink the water of the river by the spoon. It's that pure! Don't pass this hotel, you will be in pure heaven!More

thank you for your advise.
special thank to the previous advise.
Jean-christophe

Report response as inappropriateThank you. We appreciate your input.
This response is the subjective opinion of the management representative and not of TripAdvisor LLC
See all 665 reviews
Payments made by partners impact the order of prices displayed. Room types may vary.
Nearby Hotels 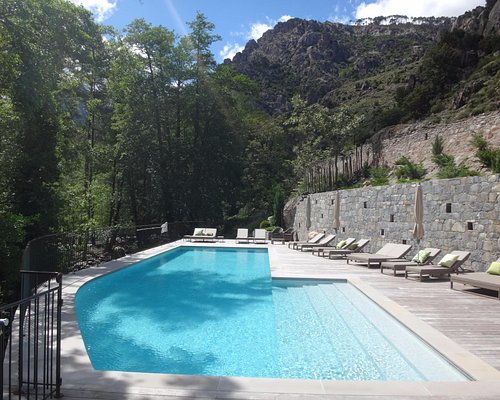 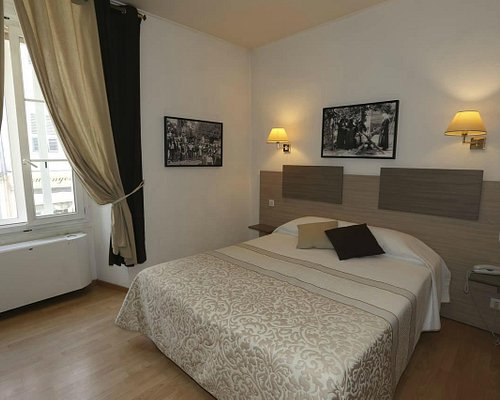 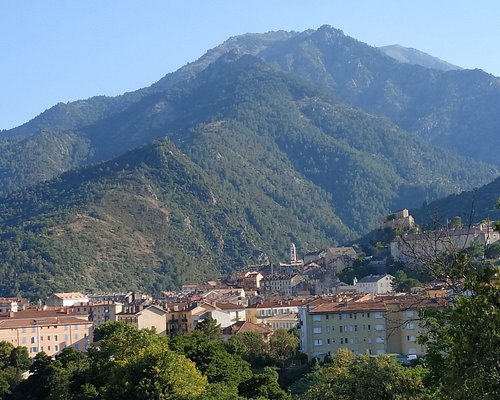 We stayed in this hotel two days during July. I think it has been one of the worst experiences we have had in a hotel.
The hotel itself is not that bad, with rooms recently reformed and with a correct breakfast, which included fresh fruit and plenty of choices. These are the only two good things we can say about the hotel.
What made our stay uncomfortable was the attitude of the managers/owners of the hotel towards us. First of all, upon our arrival, we spent 20 minutes waiting to do the check in, in spite that we had called earlier during the day informing them that we would arrive around 8 pm and they had confirmed that it would not be an issue. There is a telephone on the desk to call in case they are not available at the reception. Unfortunately, they did not answer the phone until 20 minutes later, when one of the managers finally came. With very rude manners, she finally completed the check in. The shame is that this unpolite behavior toward us was maintained during the whole of our stay. We felt we were disturbing them every time we had a question, although we only asked two things because we did not dare to ask anything else. When we arrived, it caught our attention that there were beds in the middle of the aisle which conducted to the emergency exit. But what was our surprise when the second night after dinner, the emergency exit was even blocked with these beds. In the morning, the beds were still blocking the emergency exit. Fortunately, there was no emergency during the night. Otherwise, there could have been a security issue.
We do not recommend this hotel at all due to the unacceptable behavior of the managers/owners.

Report response as inappropriateThank you. We appreciate your input.
This response is the subjective opinion of the management representative and not of TripAdvisor LLC
FloraBrig
Glasgow, United Kingdom
3
Reviewed 19 December 2018
Nice design

We really enjoyed the cool design of this hotel, how it perfectly blended into nature, especially the pool area. We had a lovely stay for a couple of nights, and the hotel and its staff are very welcoming and warm people. The hotel is just outside of the town, the location was easy enough for us. The breakfast was plentiful and prepared us for a day of exploring and hiking, it was simple, but just what we needed, cheese, cakes, yogurt, coffee, fresh juice and more. We were told about a swimming hotel just outside the garden of the hotel, but we didnt get a chance to explore it.

Hy, and thank you so much for your nice advise
We will be glad to see you next time in the valley
Best regards from corte
Jean-christophe

Report response as inappropriateThank you. We appreciate your input.
This response is the subjective opinion of the management representative and not of TripAdvisor LLC
Kerry D
355
Reviewed 20 September 2018
Very difficult to deal with.

We booked this hotel last November, mainly because it had a pool and we knew Corsica is often very hot in September- as it turned out it rained stairrods in Corte while we were there!
The problems started a month or so before we were due to arrive; I explained in an email that our train from Calvi was due in Corte at 09.30 and asked if we could leave our suitcases at the hotel from 10am to checking in time of 2pm and was astonished when the request was denied. This would have meant dragging our cases around a small town for 4 hours- a town built on a steep hill, at that. So I cancelled the hotel and rebooked with Hotel du Nord, and thank goodness we did (see Hotel du Nord review, it was excellent).
We had booked Les Jardins on a free cancellation basis as with all of our other hotels- this one took a 50 Euro deposit, unlike all the other hotels.
I wrote to the hotel saying it was a shame that I had to cancel because of our baggage, and asked for a refund of our deposit- we received no reply. I continued to ask for a reply, but received none.
So I switched to asking Hotels.com to get my deposit back, which they eventually did, but not until after their attempts to contact the hotel also drew no response; Hotels.com even told me that the manager (owner?) very childishly refused to take their calls and as far as I'm aware never returned the calls. I suspect that the refund, which came from hotels.com- not the hotel, was due to the amount of times I use their excellent service.
I wouldn't recommend this hotel to anyone; another reason I'm pleased that we didn't stay there is its location- impossible for those on foot although it might be better for those with a car. It's probably a very nice hotel- it appears attractive- but the service was so bad for us, and I notice that there are other reviews displaying dissatisfaction. I love the way the manager/ owner then argues with them! Nice man.
Oh, and Hotel du Nord was cheaper, even with breakfast!

This review is the subjective opinion of a TripAdvisor member and not of TripAdvisor LLC
MaC B
42
Reviewed 5 August 2018 via mobile
Correct hotel, unfriendly service.

The rooms are correct for the category.
Regarding attention: every time we needed something to Reception it was a drama. Usually they were not there, we want to assume that it was because there was a lot of work in the hotel. The second day of stay, we must wait for long only why the pick-up from the hotel was parked in double row that blocked the exit of some cars in the hotel’s parking. For this simple maneuver we were 4 people waiting 15 minutes for the driver to come. Likewise, there were two more groups of 4 and 2 people waiting to be attended at Reception. The worst wasn’t the wait, it was the bad face and growl of the driver when he arrived. He removed the pick-up badly, so angry as if that bothered him! Little vocation of service...

Hy, thank you for your mail, and sorry that you just keep this, on the reception desk you can use a phone who call directly on the Wireless phone and we reply immediately, when we have to moove from reception desck to provide service to other guests(extra beds to add, or safe to open, drinks or other).
next time use it, it's so simple.
i wish you to spend a great time on hollydays in corsica.
best regards from corte
Jean-Christophe

Report response as inappropriateThank you. We appreciate your input.
This response is the subjective opinion of the management representative and not of TripAdvisor LLC
ojsz
52
Reviewed 28 June 2018
not the best

We found Corsica to be beautiful and the people very friendly. The one exception was this hotel which was our least favorite of our trip. The grounds and room were not well kept, and the breakfast, at 13 euros, is very expensive and not worth the price. You can find a better place to stay in Corte. 2 stars for location.

sorry for the 13€, ragarding the quality of the breakfast it's a good deal.
but as you wrote, there is cheaper breakfasts in corte 2 stars hôtels, and cheaper rooms also.
i wish you to get a great time in corsica.
Jean-Christophe

Report response as inappropriateThank you. We appreciate your input.
This response is the subjective opinion of the management representative and not of TripAdvisor LLC
View more reviews
PreviousNext
123…
<script type='text/javascript' crossorigin='anonymous' async onerror='__scriptLoadError(this,true);' src='https: