Central and great value for money - Review of Jennida Guesthouse

Central and great value for money

This is very central and roomy, no aircon but a ceiling fan is fine here. Mr Geer, who runs the guesthouse, is friendly, helpful, and speaks good English. Close to all the popular restaurants, the MAG UXO and Survivor Centres. Missed cleaning the room one day and the bathroom floor never completely drained but for K80,000 per night it was still great value.

Trip type: Travelled as a couple
See all 28 reviews
Payments made by partners impact the order of prices displayed. Room types may vary.
Nearby Hotels 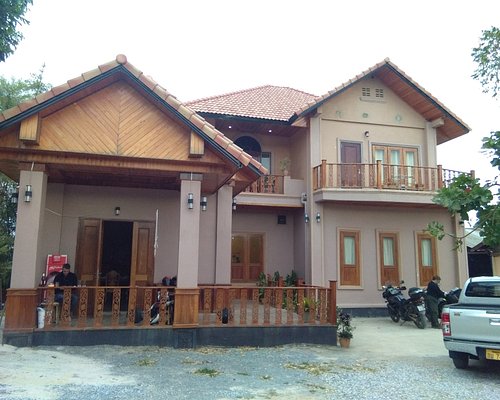 Top Rated
Breakfast included
Pukyo Bed And Breakfast
US$30
Tripadvisor
View deal
Pay up to 12X
Expedia.com
Hotels.com
StayForLong
View all 9 deals from US$30
55 reviews
3.8 km from Jennida Guesthouse
We compared the lowest prices from 9 websites 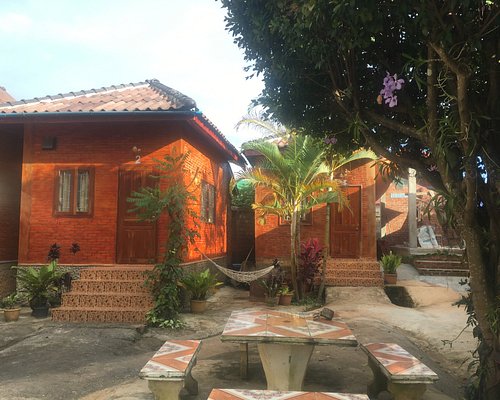 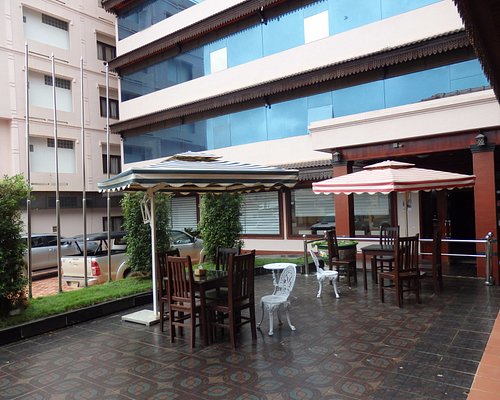 Expedia.com
View deal
Hotels.com
Agoda.com
US$15
Hurb
US$30
View all 12 deals from US$15
167 reviews
0.1 km from Jennida Guesthouse
We compared the lowest prices from 12 websites
Phouluang Hotel

Expedia.com
View deal
Hotels.com
Agoda.com
US$8
Travelocity
US$18
View all 12 deals from US$8
11 reviews
0.4 km from Jennida Guesthouse
We compared the lowest prices from 12 websites
Breakfast included
Sponsored
Anoulack Khen Lao Hotel
US$16

After 3 days in a 'boutique' hotel in a pokey room with very few redeeming features it was a breathe if fresh air to find Jennida Guest House in Phonsavan. We were lucky to be welconed by Geer who was welcoming, accommodating and spoke great English but not only that the rooms were spacious, bright and unlike the other hotels in the main drag had a balcony view away from the main street. For the first time on our trip in Laos we took a fan room - there is no need to pay for air con at this altitude at this time of the year - this was the cheapest room available. We were also offered a reduced deal if 80000 kip per night. It wasnt perfect but spavcousness cleanliness and friendliness go a long way

This review is the subjective opinion of a Tripadvisor member and not of TripAdvisor LLC.
Linda M
Bangkok
19193
Reviewed 20 May 2017
Cheap, clean, and centrally located

The guesthouse is located on the main drag in Phonsavan, a few steps away from Cranky-T's cafe. It is cheap, $10 for a room with hot water. There is no a/c, but it doesn't get very hot in Phonsavan. Housekeeping will do laundry on request. The front desk staff are friendly and helpful. The rooms and bathrooms are large. Good value compared to other guesthouses in the same price range.

This review is the subjective opinion of a Tripadvisor member and not of TripAdvisor LLC.
Shamrockkitten
Melbourne
9780
Reviewed 19 May 2017
Comfy guest house

This hotel is very centrally located, just near the market and restaurants. The staff were lovely and always greeted us with a smile. The room was basic but comfortable. No aircon, but the fan did the job as it wasn't very warm at that time of year. The hotel grounds were a bit strange with fruit-themed garden furniture, which was kind of charming in a kitsch way. They don't serve breakfast, but there are plenty of options just outside the door.

This review is the subjective opinion of a Tripadvisor member and not of TripAdvisor LLC.
Michelle R
Melbourne, Australia
8460
Reviewed 25 January 2017 via mobile
Unnecessarily Dishonest

Given that tourists visit Phonsavan specifically to see the Plain of Jars, one expects the town to be rife with rorting; but we didn't expect such behaviour from a highly-rated establishment like Jennida. While the rooms are fairly spacious and clean, wifi barely worked in the entire building and the sheets and pillowcases are composed of pure polyester. The worst thing, however, is the blatant lies told by the owners in an attempt to squeeze more money out of their guests.

The owners offered us 'free bicycles' to use, before we checked in (completely unnecessarily, as we had decided to stay there anywhere), but advised us the following morning that the only two bicycles that were working were being used by other guests. The following day, we went to reception early to the borrow said bicycles, only to be informed that they were all broken. The receptionist promised that they would find us another bicycle. When we returned after breakfast, he advised us that we could hire bicycles from their compatriots next door (Dhokkoum) for a fee, he told us, while their bicycles were free. When we asked about their own bicycles, suddenly all but one had disappeared; he reiterated that they loaned bicycles for free, whereas we could hire bicycles next door for 20K per day. When I pointed out that providing something for free that doesn't actually exist isn't really providing anything, he finally agreed. The owner had earlier taken us to the same guesthouse next door to enquire about tours - in the absence of any bicycles, we eventually booked a 'tour' through them, which was essentially an overpriced shuttle service to three sites with a driver who couldn't speak nor understand a word of English.

This review is the subjective opinion of a Tripadvisor member and not of TripAdvisor LLC.
oggse
Swieqi, Malta
20967
Reviewed 1 November 2016
Good value for money, nice people

In my opinion, for 80.000 Kip a night this was a very nice guesthouse. Room has a big bed, TV, fan and a hot shower. Room was cleaned and fresh towels provided every day. Location is along the main tourist area where all the GH and restaurants are, also the market is just around the corner.
There is a construction site behind the GH currently what means the night is over latest at 7am.
I wasn't happy about how they handled my laundry, so I would suggest to find a laundry shop if you need this service.