US$323
US$290
View deal
SAVE US$33
Free cancellation until 24/06/21
PricelineUS$323
TripadvisorUS$290
Orbitz.comUS$290
View all 16 deals
Prices are provided by our partners, and reflect nightly room rates, including all taxes and fees known to our partners. Please see our partners for more details.
Payments made by partners impact the order of prices displayed. Room types may vary.
Jessica C
Washington DC, District of Columbia
8

We stayed for a long holiday weekend to hike and explore local wineries. This was a perfect place to set up base camp. We originally wanted to stay somewhere closer to Sperryville, but it was a holiday weekend, so a lot of places were booked. But no regrets staying here! The room was great, love the easy access in and out, sort of had the Airbnb vibe but without having to pay the extra cleaning fees, etc. It was great having a kitchen and sitting area. Love the style of the hotel, great art and design. Parking was easy/accessible. We really didn't hear or see anybody else while we were there. The bed was not particularly comfortable, but that's pretty subjective. The town of Luray has a few cute spots to eat, but not a ton going on. However, it was centrally located to the hikes/wineries we wanted to visit, so would definitely stay here again.More

Thank you so much for the rave review. It is guests like yourselves that make this so rewarding!

Report response as inappropriateThank you. We appreciate your input.
This response is the subjective opinion of the management representative and not of TripAdvisor LLC
See all 96 reviews
Payments made by partners impact the order of prices displayed. Room types may vary.
Nearby Hotels 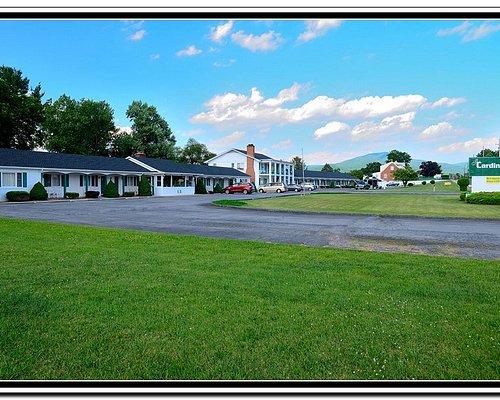 Sponsored
The Cardinal Inn
US$83 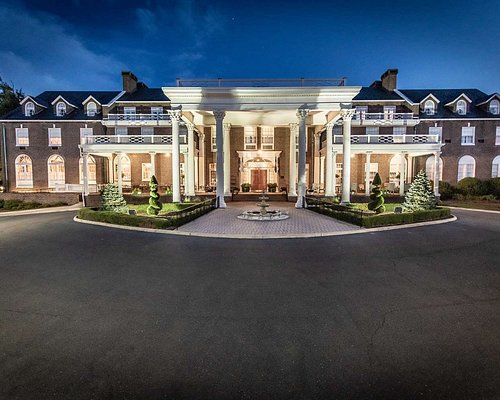 Official Site
View deal
Reserve now, pay at stay
Booking.com
US$160
Tripadvisor
US$160
Priceline
US$160
View all 17 deals from US$160
1,171 reviews
0.2 km from Hotel Laurance
We compared the lowest prices from 17 websites 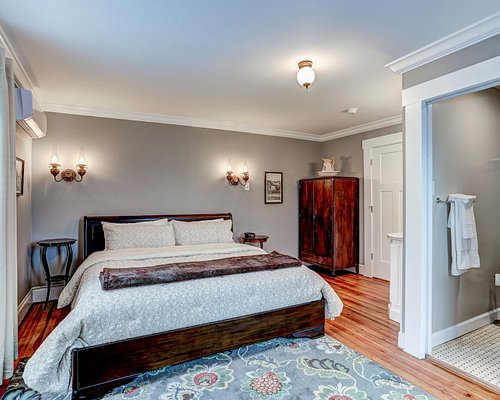 Hotels.com
View deal
Reserve now, pay at stay
Expedia.com
US$275
Tripadvisor
US$275
CheapTickets
US$275
View all 8 deals from US$275
144 reviews
0.4 km from Hotel Laurance
We compared the lowest prices from 8 websites
Hillside Motel
US$85

Stayed here for valentines day with my girlfriend as our first getaway together. nice staff, clean room. Had an excellent dinner at moonshadow they recommende. Room addons were a good touch and made for a nice night

We would love to have you back! Spring is coming and so the Blue Ridge Mountains await!

Report response as inappropriateThank you. We appreciate your input.
This response is the subjective opinion of the management representative and not of TripAdvisor LLC
PapaInternational
Bethesda, Maryland
20487
Reviewed 18 February 2020 via mobile
Lovely pet-friendly overnight

We stayed in room 9, full kitchen, sitting room w/ big nice tv, bathroom w/ shower and separate queen bedroom. Comfy and friendly. Easy free parking just outside our door! And they let us bring our sweet dog with us. Helpful & friendly staff though not a resident front desk. Charming Main Street Luray right there for an array of restaurants. Nearby Luray Caverns makes a really special trip.

We are so happy to hear that you enjoyed your stay at Hotel Laurance! room 9 the Meranda is one of our most popular suites and it sounds like it was just the right fit for you. We are always working to extend our office hours, and I am glad that we were able to assist you with our 24/7 current guest assistance line. Thank you so much for taking the time to write us such a nice review and we hope to see you again in the future!

Report response as inappropriateThank you. We appreciate your input.
This response is the subjective opinion of the management representative and not of TripAdvisor LLC
Travelerkat2
Washington DC, District of Columbia
11
Reviewed 17 February 2020 via mobile
Poor customer service ruined Valentine's Day getaway

In mid-January, my fiance and I reserved a room at the Hotel Laurance for a Valentine's Day getaway in Luray. We received confirmation of our reservation from hotels . com, and believed everything was set for our stay. But, when we arrived at the hotel, we were told that although our reservation was in the computer system, the room was double booked. There were no other open rooms, and we could not stay there.

The woman at the front desk told us this had happened a few times before (apparently, the system can glitch when two online reservation requests are submitted too close together, and this can result in a double booking). We understand that mistakes happen. But since the reservation was in the hotel's computer system and they could see room was double booked, this seems like something hotel employees should have caught early and notified us about, especially if it had happened a few times before.

Overall, we were very disappointed with the customer service we received. The hotel staff suggested other places to stay (many of the popular accommodations were full or pricey, because it was Valentine's Day weekend and at this point it was late in the day), but at no point did the hotel offer to pay for our stay elsewhere or provide a voucher if we wanted to come back another time.

The staff did not accept any responsibility for what happened. Instead, they blamed the issue entirely on the service we used for the booking (hotels . com). The front desk employee offered to call them on our behalf to request a refund or demand they pay for us to stay at another hotel. She explained that in the past, hotels . com had sometimes been reluctant to give refunds when this happened, and that it could be a lengthy process. At this point, it was about 5:30 p.m. After she spent about half an hour on hold and calling other local accommodations (most were full or pricey), we decided to just get dinner and drive the two hours home. We didn't want to book another hotel without our refund in hand, and were still in shock, processing how this could have happened.

The front desk employee took my fiance's phone number and told us she would continue to try to get through to hotels . com and would call when she did. We didn't receive a call from her, and when we followed up via email the next day, she told us she had been on hold with customer service "for four hours" and was unable to get through. We called shortly after and secured a refund from a very understanding and helpful hotels dot com rep within about 10 minutes.

When we followed up with the front desk employee and the general manager, Lauren, to express how upsetting and confusing this experience had been for us, we received a lengthy email from Lauren which detailed her many grievances with hotels . com/expedia (she accused the company of "lying" to us) and explained that if we had made a reservation directly through the hotel, this would not have happened. Again, there was no offer from the hotel to make up for what had been a stressful and overall unpleasant experience.

This was especially disappointing because we are getting married in Luray next year, and had hoped to recommend the Hotel Laurance to family and friends. We were also looking forward to a special Valentine's Day weekend in Luray, which instead resulted in a stressful and confusing evening.

The hotel looks beautiful and is a short walks shops and restaurants on Luray's main drag, but after this experience, I can't recommend it.

We would like to sincerely apologize for the inconvenience you experienced this Valentine’s Day weekend. We understand that a night away for a romantic holiday is a special occasion, and it is never our intention to ruin anything for anyone.

We have reported the problem to Expedia and have been assured that the issue has been remedied to prevent this from happening in the future. We have also brought it to the attention of our reservation system that the guest who has been double booked does not appear in the system until their name has been searched. We never want to experience this problem again.

Usually our guests experience unique and clean accommodations with friendly staff and guest service. Our hotel staff will always recommend other lovely independent properties in town when we are full or our hotel does not fulfill a guest’s specific needs.

Our customer service did not meet your expectations this time, and we are very sorry for this. Thank you for voicing your concerns to allow us to correct the problem and do the best we possibly can moving forward.

Report response as inappropriateThank you. We appreciate your input.
This response is the subjective opinion of the management representative and not of TripAdvisor LLC
shunib2015
Williamsburg, Virginia
2
Reviewed 13 February 2020 via mobile
Great find

This is my first stay at the Hotel Laurance and I am not disappointed. It is cute, clean and well decorated. I stayed in the Oliver suite and it is very spacious and comfortable. I love having the kitchen space to do some cooking and meal prep away from home. I would definitely stay here again!

Thank you taking the time to leave such a positive review. We're glad you were able to enjoy your stay with us and we hope to see you in the future.
-Emma (Hotel Laurance Staff)

Report response as inappropriateThank you. We appreciate your input.
This response is the subjective opinion of the management representative and not of TripAdvisor LLC
princess008
northern virginia
6419
Reviewed 4 November 2019
FanTAStic!!

We were in town for a wedding and stayed in the Jordan room at Hotel Laurence. Boy did I make the right choice! We were greeted by 2 friendly staff members who checked us in, showed us around and explained a few things to us. This hotel is a charming, beautifully appointed historic building. The owner has thought of everything. Our room was incredible. The pictures online don't do it justice. It was enormous and cozy. The bed is comfortable, the kitchen area was well appointed, the living room are was relaxing and spacious. There are multiple restaurants & shops within walking distance.

Thank you for leaving us such a glowing review! We do appreciate guest feedback and try to respond to as much as possible. Thank you for coming and we hope you plan to visit us again.
- Emma (Hotel Laurance Staff)