US$67
View Deal
Free cancellation until 06/03/21
Expedia.comUS$63
Orbitz.comUS$63
ZenHotels.comUS$68
View all 14 deals
Prices are provided by our partners, and reflect nightly room rates, including all taxes and fees known to our partners. Please see our partners for more details.
Payments made by partners impact the order of prices displayed. Room types may vary.
gorgehiker57
2

I wish I had read the other reviews before booking my stay here last week. It was awful! There was dried urine on the rim of the toilet in my room; the room was dark and dreary; the hotel was noisy; the other guests were loud & obnoxious and one morning police were onsite to arrest some out of control guests.

The walls are so thin that I was able to hear entire conversations of the people next door. Ugh. And although the night staff gentleman was friendly, the day staff were brusque and grumpy. I ended up moving to another hotel for the remainder of my stay in Tucson. It was worth the extra $$ to upgrade to Holiday Inn Express. Do yourself a favor and start at Holiday Inn instead!More

Show less
See all 303 reviews
Payments made by partners impact the order of prices displayed. Room types may vary.
Nearby Hotels 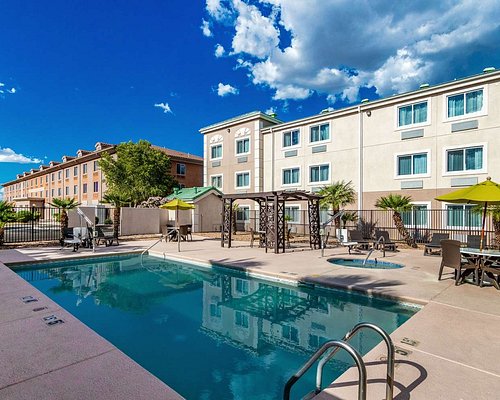 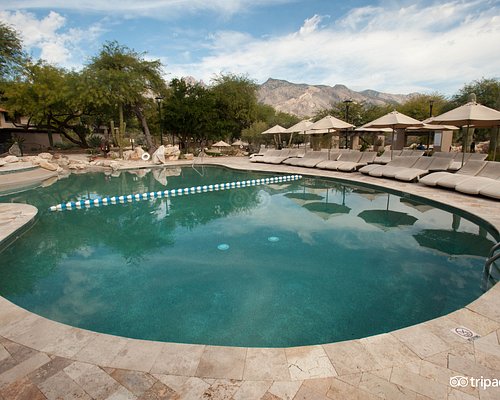 Taking safety measures
We compared the lowest prices from 19 websites
Lodge On The Desert
US$216
Booking.com
View Deal
Free cancellation
Reserve now, pay at stay
Expedia.com
US$193
Hotels.com
US$193
Agoda.com
US$193
View all 17 deals from US$193
1,313 reviews
6.0 km from Red Roof Inn Tucson Downtown – University

I booked two rooms, February 7-9. My room had roaches. I tried to be nice, and explained that I understood they were new owners cleaning up an aging motel so I expected them to fix the problem, but I would not leave a bad reveiw. They refunded me $31. After arriving home I found that they not only charged me for my companion's room, and they had his credit card, but they charged me for a mystery $62! Since I have documentation of when I checked at around 10:00 am, and the mystery charge with no explanation was added later that day, I can't explan what it is for. I did see someone with what I assume was pesticide headed for my room #123 as I was leaving. I have called 4 times during hours I am told the manager is there, but he's never available, and will not return my calls. As a travel agent, I can tell you, that you have better options than the bugs and overcharges I have experience here. Go elsewhere.

This review is the subjective opinion of a TripAdvisor member and not of TripAdvisor LLC
ryanftravels
11
Reviewed 14 February 2020
DO NOT STAY HERE!

There was construction being done in the room next door and drilling into the wall directly behind my bed at midnight. When I told the front desk they moved me to another room in the middle of the night, which was extremely annoying.

This review is the subjective opinion of a TripAdvisor member and not of TripAdvisor LLC
Alyssa K
Brunswick, Ohio
112
Reviewed 9 February 2020 via mobile
Two nights for worl

The only positives about the hotel are its cleanliness and friendly staff. It’s definitely in a run-down part of down. I was with two other co-workers. None of the doors to our rooms sealed as you would expect. This was very alarming for three women. There were doors constantly opening and shutting all day and night. Housekeeping turned off the heat in our rooms when they cleaned even though Tucson was in a deep freeze. I wouldn’t return unless my job sent me here again.

This review is the subjective opinion of a TripAdvisor member and not of TripAdvisor LLC
Travelgeg
San Diego, California
1611
Reviewed 8 February 2020
Send in the Towels

The size of the room is nice. The lighting is very good. But, the towels are old and stained. It is disgusting.The sheets have seen better days, also. The linen has not been replaced for years. The front desk is rather condescending. It does not make one feel welcome. If a train passing by the motel with its’ whistle blowing going down the tracks, may disturb your sleep, perhaps this may not be for you. If cars racing up and down during the night disturbs your sleep this may not be for you. However, if you enjoy sleeping in a seedy noisy part of town for just under $200 a night this may be the the right place for you.

This review is the subjective opinion of a TripAdvisor member and not of TripAdvisor LLC
Kroyal97
Phoenix, Arizona
2018
Reviewed 11 January 2020
One night visit.

Needed a room before our cabin stay. Given the value pricing I was apprehensive about the room and property. Employees were kind, there's free WiFi and breakfast. Room appears to recently remodeled. For what I paid I could not ask for more. Will stay here again given the proximity to family here in Tucson.