Americas Best Value Inn
Lowest prices for your stay
Lock in the lowest price from these sites
US$68
US$66
Free cancellation until 14/03/21
Reserve now, pay at stay
View Deal
PricelineUS$66
Hotels.comUS$66
eDreamsUS$66
Expedia.comUS$66
Orbitz.comUS$66
HurbUS$68
View all 16 deals
Prices are provided by our partners, and reflect nightly room rates, including all taxes and fees known to our partners. Please see our partners for more details.
Payments made by partners impact the order of prices displayed. Room types may vary.
Barbellchicken
2

Room was mediocre clean. Wouldn’t have walked around barefoot. Bathroom was clean. Coffee was good. Black out curtains allowed us to sleep in late. Bed is old, but we got what we paid for. The room smelled vaguely like smoke so we had to wash everything we brought with us to clear the smell. The woman at the front desk was all business, but still respectful unlike other reviews I’ve read. In a pinch we’d go back.

Trip type: Travelled as a couple
See all 151 reviews
Payments made by partners impact the order of prices displayed. Room types may vary.
Nearby Hotels 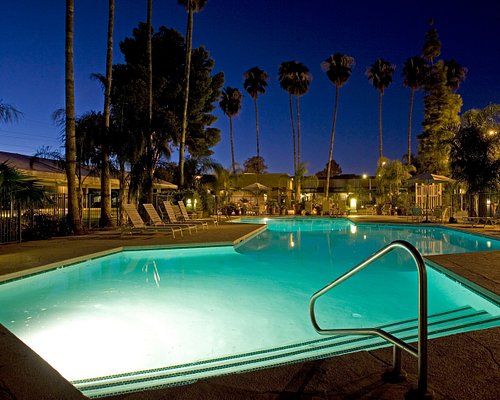 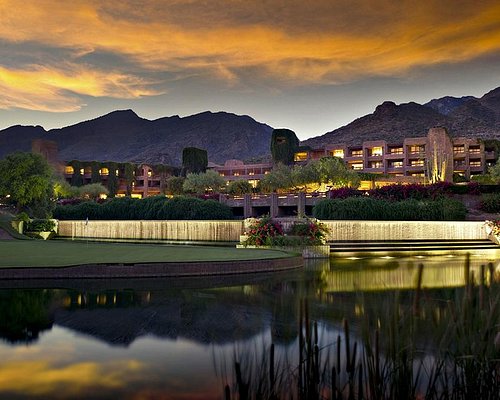 Taking safety measures
We compared the lowest prices from 18 websites
Lodge On The Desert
US$216
Booking.com
View Deal
Free cancellation
Reserve now, pay at stay
Expedia.com
US$193
ZenHotels.com
US$191
Hotels.com
US$193
View all 17 deals from US$191
1,315 reviews
6.7 km from Americas Best Value Inn

If you are planning a trip to Nepal and want to practice staying in a cramped, dirty space, then this is the place to try. The bathroom was so small that you will need to shut the door to sit on the toilet. And don’t walk barefoot unless you need to build your immune system against unseen critters. Plan for a long stay at the check in counter because there are paper forms to fill out. Yikes! In this day and time - paper forms - really? And the photos are not the at all representative of the counter area that I saw. Of course, as mentioned in another post, there was a 24 hour notice to cancel. I ate the charge and left. Avoid this location inTuscon, America’s Best Value Inn, 810 Benson Hwy.

It is upsetting to hear that your time with us did not meet your expectations and that you cut your visit short. Our team has reviewed your concerns and will take the necessary action to address them accordingly. We know we can do better and ask that you allow us to prove it to you.

Report response as inappropriateThank you. We appreciate your input.
This response is the subjective opinion of the management representative and not of TripAdvisor LLC
Gina B
102
Reviewed 2 February 2020 via mobile
Filthy, not maintained. AVOID

We just had a nightmare stay here. (1/31/2020). There was feces on the toilet and pubic hair on the hand soap dispenser. The beds are so old and run down that you can feel the springs through them. My daughter brushed her teeth and thought she felt water splashing onto her feet. Sure enough, the sink was steadily leaking a lot of the water straight to the floor. I put a trash can there, but because we had arrived late (11:45 pm), we were too tired to drive around and find something else. We stayed and planned to just get some sleep. Come 3 am, the people above got very loud and they screamed for a couple hours until finally the police came.
I called the America's Best Value Inn Tucson main number and told the person about our experience with the room and the people above us. She said they would refund me the first night and cancel the rest of my reservation. When I got downstairs the clerk said we had to wait for the manager. The manager refused to refund me that night's stay and would not cancel tonight.
She said we would not be refunded for the first two nights and would only be forgiven the subsequent two nights because they MUST have 24 hour notice. I would truly rather have just slept in my car than stay there, had I known this is how the stay would unfold. How are you supposed to give 24 hour notice when the horrible experience is happening within that 24 hrs period??!!
I believe that they are operating a scam-type operation where they list the room for the usual cost of a decent, clean (but no frills) place to stay.
Then, they put people in a room that is not cleaned or maintained, and if the person claims they do not want that room, they just give them another room like it. When the person is still unhappy, the owner just says they have to give 24 hour notice, so they are still on the hook for the first 2 nights. Don't fall for their scam. Stay somewhere else and get a habitable room.

Dear Gina,
Thank you for your feedback. We value the safety, satisfaction, and comfort of all guests, so we are saddened to hear about your experience. Our team has been notified to look into the maintenance and housekeeping concerns you mentioned to ensure that our goal to deliver clean and comfortable accommodations is fully realized. On behalf of our team, please accept our apologies for the mishap regarding your refund. We will speak with our team to ensure better communication across all channels in the future, and we wish you all the best going forward.

Report response as inappropriateThank you. We appreciate your input.
This response is the subjective opinion of the management representative and not of TripAdvisor LLC
apriltuc
12
Reviewed 18 November 2019
Bed bugs!! Beware

this hotel could have had a decent rating if I didn't have a ton of bites from bed bugs after staying here last night! It's a decent enough place, not new or fancy but decent, hopefully they will actually treat the bed bug problem as I read reviews tonight after I got home I can see the bed bug problem has been going on for months and months. I wish I had read reviews before going inside, unfortunately I didn't book the room or I could have saved myself from all these itchy bites and the possible costly process if any came home with me. Because I always read reviews before booking, it's a shame not everyone does. Save yourself from bed bugs and go somewhere else until there's proof they actually treated the problem and not just their responses over and over saying they take it seriously and will treat it right away, obviously they don't or it wouldn't still be a problem.

Dear April,
We appreciate you sharing your feedback. Your concerns are surprising to hear. We will alert our pest-control team promptly, so they can take care of any issues. This is not how we want you to remember us, so we hope you will give us another chance in the future to impress you and provide the stay you deserve.

Report response as inappropriateThank you. We appreciate your input.
This response is the subjective opinion of the management representative and not of TripAdvisor LLC
wishlivelove
11
Reviewed 30 October 2019
Racist Homophobic Old Indian Owner - BEWARE!!!!

The owner, an old Indian woman named Gina, is flat out racist and homophobic. They say the continental breakfast is free but guess again! If you desire a second cup of just black coffee be forewarned! She will begin an intensely rude line of questioning, and if you say I am just coming for a second cup of coffee she will insist you are stealing. From the free breakfast assortment, mind you. She called me an a**hole, told me and my partner to f*ck off because we felt she was being purely racist and homophobic. I did not stand for it and told me, her paying customer, that I am "red listed," and that she would call security on us. We have spoken with the BBB, my bank, and left this review everywhere so no one who values their money gives it to this business, literally I just want to ruin this woman, this racist and homophobic establishment and to let it be known that if you desire to stay here, you will be dealing with someone without any obvious training or qualification to be in any customer service position. Much less, owning it! Don't give this place your money, there are better places priced like this one that is also much further into town. This place is in general a 20min drive to anywhere directly inside of Tucson. It's so far out, and the front desk so rude, take your money elsewhere to stay somewhere closer into town, less driving and kinder people.

At our hotel, we welcome a variety of travelers regardless of race, religion, creed, or sexual orientation so it disappoints us to find out about this. We will closely look into your highlighted concerns and take the necessary action to ensure that our high-quality customer service is fully realized and consistently maintained. Thank you for bringing this to our attention so we can improve as needed. We wish you all the best going forward.

Report response as inappropriateThank you. We appreciate your input.
This response is the subjective opinion of the management representative and not of TripAdvisor LLC
Megan M
11
Reviewed 27 October 2019
Horrible

I was yelled at by the owner for having 1 cup of juice that was supposed to be included in the continental breakfast. The breakfast was terrible, sugary cereal and bananas only. The staff hovered over guests and yelled at them for taking too much food (I had a bowl of cereal and 2 bananas for 2 people). I asked for more milk and the staff hesitant to put it out said, "I just filled it up." The toilet in our room was clogged. I informed the owner and she turned around and said I don't care... The area was unsafe and the room walls were thin. I will never stay at this place again. Horrible.

Dear Megan,
We always strive to deliver a friendly atmosphere and comfortable stay for all of our guests, so it disappoints us to hear your accounts. Please accept our apologies for dropping the ball during your visit. We will look into your experience and speak with our team to ensure that the satisfaction of all of our guests is maximized and our goals fully realized. Thank you for bringing this to our attention so we may improve as needed. We wish you all the best going forward.

Report response as inappropriateThank you. We appreciate your input.
This response is the subjective opinion of the management representative and not of TripAdvisor LLC
View more reviews
PreviousNext
123…26