Nice camping ground just next to... - Review of Aki Camping

This place was empty as we arrived, so we helped ourselves to set up a tent. There's also several cottages for rent, but they all looked really basic with just beds inside.

There's small outdoor kitchen with an old fridge and only one elecrtic hot plate, and the only frying pan they've got was too rusty to be of use. There was several places for barbecue though. The site was cheap, but you have to pay some extra to have a hot shower.

The area was nice indeed, next to an old medieval church and there was huge apple trees everywhere. By our stay apples were still raw, but they're plenty. I saw the manager at the morning, he was nice and talkative sort and sopke english well.More

Show less
See all 2 reviews
Payments made by partners impact the order of prices displayed. Room types may vary.
Nearby Hotels 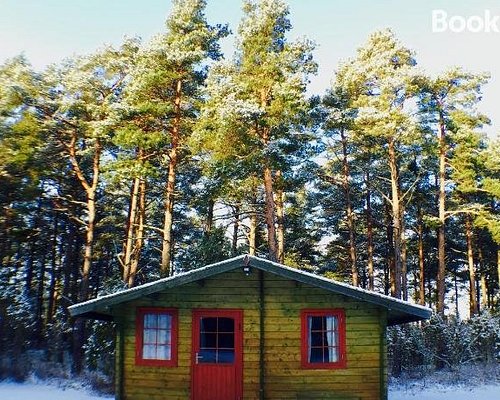