Great setting, but not a 5 star... - Review of Padaste Manor

Padaste Manor
Padaste Manor
Lowest prices for your stay
Lock in the lowest price from these sites
US$1,071
US$315
Reserve now, pay at stay
View deal
Expedia.comUS$315
Hotels.comUS$315
PricelineUS$315
eDreamsUS$315
CheapTicketsUS$315
Destinia.comUS$1,071
View all 13 deals
Prices are provided by our partners, and reflect nightly room rates, including all taxes and fees known to our partners. Please see our partners for more details.
Payments made by partners impact the order of prices displayed. Room types may vary.
tassieBerlin
berlin
16594

Great setting, but not a 5 star establishment

Having being here in 2006 and 2011, it was an experience to return. The setting is fabulous, but the service and the amenities haven't been upgraded for the modern-day traveller. The superior double room in the Manor House was large, yet shabby in corners and lacking coffee/tea making facilities and a decent hairdryer. Just to name a few items. The service in the Yacht Club was disastrous. The breakfast was served at the table from 9am and served our needs, but could be considered by others to be rather limited. The restaurant was worth a visit in the evening as the restaurant manager, Bilal, was luckily able to make the experience professional. More

Show less
Trip type: Travelled as a couple
See all 284 reviews
Payments made by partners impact the order of prices displayed. Room types may vary.
Nearby Hotels 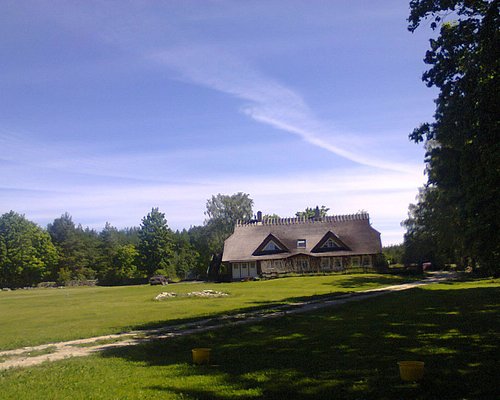 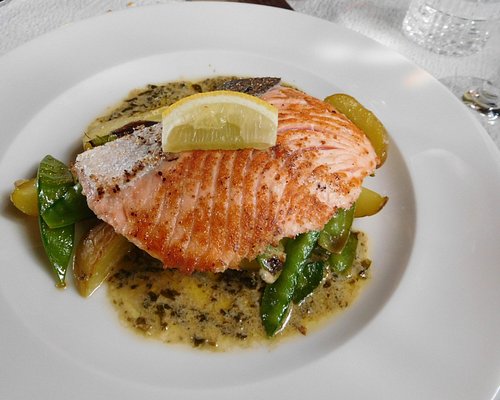 Pädaste Manor reminded me Melancholia, a movie by Lars von Trier. Location is quite similar to the old castle where much of the Melancholia´s action takes place: there is a seaside, greenery of a park, historicness of centuries old building and few humans playing their roles under the vast sky.
Muhu island (named Moon in Swedish and German) is not a easiest place to reach (unless one utilizes manors private helipad) and getting there requires some determination and at least 3 hours from Tallinn (4 hours from Riga) by car and ferry. Island is sparsely populated (wild boars probably match or outnumber Muhu human residents) and once you have arrived to this quite off the beaten track location it is easy to appreciate what a little bubble of comforts and civilization exists in the middle of green wilderness of woods. All one can do now is to spend it´s time as pleasantly as possible, reflect, relax and wonder.
Manor´s room are decorated in slightly different styles depending on the building they are located. I personally liked coziness of my little double room (price paid was 226 euros per night including breakfast and taxes) in the old Carriage House better than more minimalist approach of manor´s main mansion under the roof of which are also located hotel´s restaurant and main check-in. I appreciated lit candles and quiet piano music in the hallways, elegant bouquet of wild flowers on the table of my room, uniqueness of Muhu embroidery on a soft brown blanket that covered the white sofa, luxuriousness of Molton Brown toiletries in the bathroom, my private balcony (red flowers, old wood with nobly flaking paint) and view and the wide park view that opened from there. Bed and TV were located on the second level of the room which is especially suitable for those who like to climb stairs — for me personally there was perhaps a bit of less space directly under the roof than I would have preferred. But I have to admit that I much liked falling to sleep there at night when rain started and monotonous drumming of raindrops on the roof was only thing I did hear.
By the bedside was also a inviting book about history of Courland and after the turn down service (I believe I had actually declined turn down service, but somehow it happened anyhow) two cookies with pieces of chocolate appeared on the bedside table. Bakery is done in-house at Pädaste and hotel´s unique dark bread with hazelnuts and raisins can be tasted at breakfast, which starts at 9 AM (it may be a tad too late for some guest preferences). I actually did enjoy breakfast (especially a la carte lamb sausages which were beautifully decorated with mustard and watercress), but I think there might be even room for some slight improvements. For example cold breakfast items could be served a la carte as well, based on guests preferences. At the moment they are served as a set: two croissants, two slices of bread, two cookies and about ten bit-sized accompaniments from chicken liver pate and pork neck slices to juniper cheese and strawberry jam. Considering small numbers of guests approach could be more personal. Maybe one does not like to have meat on table or desires to have more of it instead of “kilu” (type of fermented sprat)? I also think that while some of Pädaste staff is really very good and seemingly endlessly joyful, some are bit less seasoned. “What?” (“Mis?” in Estonian) is probably not a five star reaction from waitress who did not happen to understand that mumbling guest had requested to have a glass of tomato juice.
In any case Pädaste is great place where just wonder, relax and let time flow by (bikes for exploring local meadows and forests are available for 6 euros per hour). Some might want to spend relaxing afternoon in Pädaste spa instead, although I personally did find spa prices to be a bit of prohibitive (90 minute pedicure session with several pamperings sets one back by 109 euros and price of the more expensive packages is almost three times as much). More economical of us might also want to check mini bar price list before raiding it: Laurent Perrier 37.5 champagne in my rooms fridge was priced at 138 euros. Then again will those high price points probably help in keeping overall environment calmer and relaxing. I do not think that during my stay more than 10 other guests were present which gives everyone ample of personal space.
I would give Pädaste five stars considering location, historic atmosphere, still unleashed potential, beauty of their park (some areas are left wild when others are painstakingly maintained) and amounts love owners have clearly invested in this project over the years. It is a great place to quietly rebuild your strength and
and appreciate beauty, both existing and the one that has been.

This review is the subjective opinion of a Tripadvisor member and not of TripAdvisor LLC.
LoyaltyLobby
Los Angeles, California
615849
Reviewed 9 August 2021 via mobile
Diabolical Experience

I had made my original booking through Hyatt due to their partnership with Small Luxury Hotels of the World of which Pädaste Manor is part of.

I made another one on SLH's own website and then the property claimed that they were not able to pre-authorizate my HSBC card that I have been using the time in the Baltics and my reservation was canceled for the second time. They, however, asked if I would like to make a reservation for a dinner? Doesn't make much sense.

I made a third reservation through Tablet Hotels when arriving at the Muhu harnor so that they wouldn't have time to cancel it by the time it took to get to the hotel (10 minutes).

Quite frankly, at this point, I would have preferred staying somewhere, because it didn't appear that they would like to have paying guests, but a friend with whom I was traveling with her a reservation.

The check in went fine and I was upgraded and provided a fruit plate.

My friend received several calls and emails from the hotel trying to get him to make spa and restaurant bookings.

I went to breakfast in the morning and only wanted to have whole wheat toast that they didn't have. Also the teapots cover always fell off when pouring some.

It felt that the property mainly emoloyes trainees from a hospitality school in Estonia.

This hotel is not worth the money even when you consider the uniquely setting due to lack of service and common sense.

This review is the subjective opinion of a Tripadvisor member and not of TripAdvisor LLC.
AndaBurveRozite
Riga, Latvia
44
Reviewed 29 June 2021
Elegant and calm

We were happy to spend a night at Pädaste Manor. The staff was friendly and attentive but not overwhelmingly. The room - beautiful, good aircon, precious Molton Brown toiletries, even mosquito repellents were there, mosquitoes weren’t a problem though. We stayed at Carriage House, double room with balcony. The candles were all around the lobby, cinnamon flavoured, I think. Lovely. The manor’s park was simply stunning, something I would expect at best places in England, France countryside :) SPA experience with masseuse Signe was excellent, I had a Herbal massage, 1h. I would like to mention minutiae too: selection of Hermes fragrances at the SPA Dressing room, tea and healthy snacks on the terrace after treatment. Small things, not unique in good places but pleasant. We had a breakfast in the garden of the restaurant Alexander, there was very attentive and kind waiter Bilal. The breakfast choice was in some sense limited but very good - home baked bread, eggs of your choice, salad, lamb sausages, pancakes etc. Do I want to return? Yes, absolutely! To be honest, it’s the only one luxury place in Baltics, maybe Rumene Manor in Latvia would be quite similar.

This review is the subjective opinion of a Tripadvisor member and not of TripAdvisor LLC.
Robert_traveller11
Tallinn, Estonia
1
Reviewed 31 May 2021
A wonderful and very special place

Pädaste Manor is in many ways hospitality brought to perfection.
The room is lovely decorated, beds are excellent, room is well equipped (incl. an Ipad for use during the whole stay). The staff is very friendly and highly professional. I can highly recommend the hot tube and mud treatment. Their restaurant is very good as well. The location is stunning, the atmosphere of the old manor is captured beautifully. My dog was welcome in the room and everywere outside. Clearly a place to relax and calm down and for sure worth a visit!

This review is the subjective opinion of a Tripadvisor member and not of TripAdvisor LLC.
anton1124
Zurich, Switzerland
4821
Reviewed 27 May 2021
Shortsighted establishment valuing momentary profit over long term customer relationship

They'd rather have a covid-sick guest than change a reservation. Our kid fell ill on the day of our departure and we have decided to change our reservation last minute. Given the pandemic, we thought this would be a responsible thing to do as there is a risk our kid may have covid. We were keen on changing the reservation and paying the price difference on the room. Hotel had offered to either have us cancel the reservation and loose the full prepayment or change the reservation for a fee of 150 euros on top of the difference in room rate.

Never experienced the rest of the hotel, but this was more than enough to discourage us from visiting the hotel and we'd strongly recommend for anyone looking at this property, to look elsewhere. This is hardly a client-focused service you'd expect from the hotel of this level.

This review is the subjective opinion of a Tripadvisor member and not of TripAdvisor LLC.
View more reviews
PreviousNext
123…
<script type='text/javascript' crossorigin