US$156
US$120
View Deal
SAVE US$36
Agoda.comUS$128
Hotels.comUS$137
getaroom.comUS$156
View all 15 deals
Prices are provided by our partners, and reflect nightly room rates, including all taxes and fees known to our partners. Please see our partners for more details.
Payments made by partners impact the order of prices displayed. Room types may vary.
Bburnett3
424

Review of The Brooklyn
Reviewed 23 July 2020

I stayed here for roughly a month. I was in NY for work. The rooms are so spacious. The staff was always courteous and helpful. The cleanliness was top of the line. I enjoyed the kitchenette. Loved the bathroom and shower designs.

Bedding was extremely comfortable and the workout room was great to have. I would stay here again if working in that area.

Trip type: Travelled on business
See all 395 reviews
Payments made by partners impact the order of prices displayed. Room types may vary.
Nearby Hotels 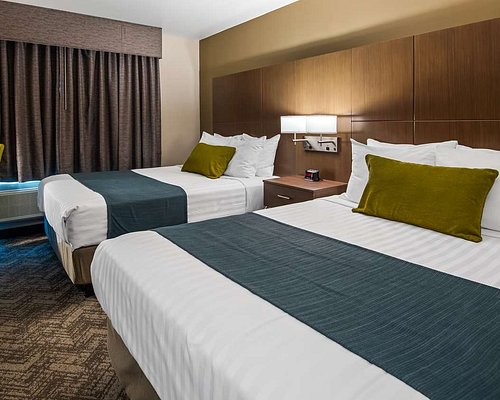 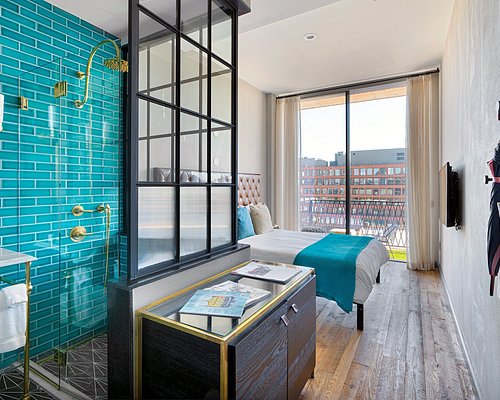 Top Rated
The Williamsburg Hotel
US$220
Booking.com
View Deal
Free cancellation
Reserve now, pay at stay
Priceline
US$220
Expedia.com
US$199
eDreams
US$220
View all 17 deals from US$199
872 reviews
4.8 km from The Brooklyn Taking safety measures
Even Hotel Brooklyn
US$100
Booking.com
View Deal
Free cancellation
Reserve now, pay at stay
Expedia.com
US$119
getaroom.com
US$97
Hurb
US$131
View all 18 deals from US$97
797 reviews
2.8 km from The Brooklyn

Taking safety measures
We compared the lowest prices from 18 websites
The Hoxton, Williamsburg
US$197

Taking safety measures
We compared the lowest prices from 16 websites
Holiday Inn Brooklyn Downtown
US$100
Booking.com
View Deal
Free cancellation
Reserve now, pay at stay
HolidayInn.com
US$100
FindHotel
US$85
travelup.com
US$128
View all 14 deals from US$85
501 reviews
2.8 km from The Brooklyn

Taking safety measures
We compared the lowest prices from 14 websites
Breakfast included
Hampton Inn Brooklyn/Downtown
US$131
Booking.com
View Deal
Free cancellation
Reserve now, pay at stay
Priceline
US$131
FindHotel
US$99
Hurb
US$163
View all 17 deals from US$99
1,469 reviews
3.4 km from The Brooklyn

I was looking for a hotel that would be comfortable for a long term stay. WOW did I find a gem! Being unfamiliar with New York i wanted to be in walking distance to work and found The Brooklyn by chance. On the surface it may seem like just another "converted" hotel. The carpet outside is just a prelude to the inside. A warm beautiful modern lobby and separate dining and seating area is made all the more welcoming by the staff that works there. John and Joe, along with the night crew and housekeepers are all to notch for customer service. I travel a lot so I was more than pleased that the street view did not match the excellence inside. My room was excellent and spacey. The rain shower was a wonderful surprise as was one of the most comfortable beds i have ever slept in, period. Safe neighborhood with corner store with fresh deli, laundry mart, health food, all one block away. There was nothing I wanted for. What a hidden gem this hotel was. I would have no hesitation in staying here again. Thank you John and Joey!

My experience at the Brooklyn Hotel was AWFUL. There were so many issues with my room and the out of control guests yet the bigger issue was that the staff was powerless to address any guest issues as the manager gives them no authorization to handle guest issues. And the manager refused to lift a finger himself or empower his staff to do help guests. During my stay, the entire hotel except 2 rooms, mine + 1 other on a different floor, was rented by a group of foreign10th grade students. The biggest problem was that the hotel manager did so KNOWING that all the chaperones were booked at a completely different hotel. So zero supervision or control. These very unruly & inconsiderate children slammed doors, blasted their music with their hotel room doors open so as to hv a party in the hallway until 5:00 am. The manager never bothered to inform his staff of the chaperone-less children nor a plan (contact info for the chaperones)in the likely event that 30 teenagers would need supervision. The next morning, the manager never even apologized to me even thoughI spoke to him face to face. He remained silent & tried to look away. Another big issue was there were issues with the shower, the temperature control & the tv. I will never stay at the Brooklyn Hotel, Atlantic Avenue ever again.

This hotel is great and low key I like the way they are very helpful and quiet. This is a great place to come if you want to experience a good hotel with a great size of room and comfort. I’ll recommend for everyone to come.

This review is the subjective opinion of a TripAdvisor member and not of TripAdvisor LLC
MiniOakes
2
Reviewed 13 May 2020
Fabulous Hotel!

My family and I temporarily relocated to Brooklyn to help during the COVID 19 crisis. The staff have been more than amazing! John and Joey have been so helpful during our stay. We haven’t met an employee that hasn’t been great to us. Everyone is always willing to help. The rooms are so spacious and housekeeping does a fabulous job keeping this hotel clean. The breakfast is always perfectly set up and it’s so nice to grab a bite and a cup of fresh coffee in the morning. This hotel also has a great location! I would definitely recommend this hotel and stay here again!

I came to help during the COVID 19 crisis. The staff here was amazing and helpful. The room was spacious, clean, and very nice. John-the manager was always willing to answer any questions about the area and any questions I had. Super polite and helpful. I would stay here again.