Lovely staff and great location - Review of The Westin Philadelphia

The Westin Philadelphia
Lowest prices for your stay

US$186
View deal
TripadvisorUS$186
Travelocity
PricelineUS$187
View all 20 deals
Prices are provided by our partners, and reflect nightly room rates, including all taxes and fees known to our partners. Please see our partners for more details.
Payments made by partners impact the order of prices displayed. Room types may vary.
jfelicetti
New York City, New York
3787

Review of The Westin Philadelphia
Reviewed 13 October 2020 via mobile

The Westin staff was great. If you want to be around Rittenhouse Square or Liberty Place, this is a strong choice. They will be opening their new restaurant soon and I wished we had the chance to dine there because it looks great. More

Oh we are excited to open the new restaurant too! Thank you for the kind review, we agree it's a wonderful location in the heart of the city. Hope you can visit us again soon.

Report response as inappropriateThank you. We appreciate your input.
This response is the subjective opinion of the management representative and not of TripAdvisor LLC
See all 762 reviews
Payments made by partners impact the order of prices displayed. Room types may vary.
Nearby Hotels

Sofitel Philadelphia at Rittenhouse Square
US$223
US$167
Booking.com
View deal
Free cancellation
Reserve now, pay at stay
Sofitel
US$167
Expedia.com
US$167
getaroom.com
US$223
View all 21 deals from US$167
4,074 reviews
0.1 km from The Westin Philadelphia
We compared the lowest prices from 21 websites 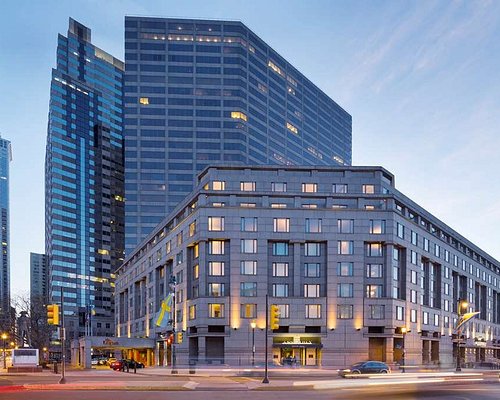 The Logan Philadelphia, Curio Collection by Hilton
US$225
US$181
Booking.com
View deal
Free cancellation
Reserve now, pay at stay
Expedia.com
US$181
Curio.com
US$197
Lol.travel
US$225
View all 20 deals from US$181
2,004 reviews
0.6 km from The Westin Philadelphia 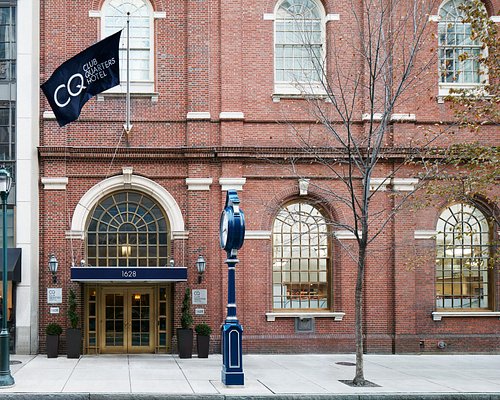 Club Quarters Hotel in Philadelphia
US$125

Taking safety measures
We compared the lowest prices from 18 websites
Warwick Hotel Rittenhouse Square
US$167
Booking.com
View deal
Free cancellation
Reserve now, pay at stay
Expedia.com
US$162
Trip.com
US$128
StayForLong
US$194
View all 19 deals from US$128
2,715 reviews
0.3 km from The Westin Philadelphia

Taking safety measures
We compared the lowest prices from 19 websites
Kimpton Hotel Palomar Philadelphia
US$195
Booking.com
View deal
Free cancellation
Reserve now, pay at stay
Priceline
US$194
ZenHotels.com
US$164
Hurb
US$200
View all 16 deals from US$164
3,010 reviews
0.1 km from The Westin Philadelphia

Taking safety measures
We compared the lowest prices from 16 websites
The Windsor Suites
US$212
US$173
Booking.com
View deal
Free cancellation
Reserve now, pay at stay
Agoda.com
US$173
Priceline
US$173
Trip.com
US$212
View all 18 deals from US$173
2,089 reviews
0.5 km from The Westin Philadelphia

We love the Westin and this was a beautiful place to stay in a great location. Definitely within walking distance to many of the attractions. Of course the heavenly bed and shower were amazing as well!

We are lucky to be located so near to Rittenhouse Square, Liberty Place Shoppes and many excellent restaurants. Thank you for sharing your experience!

Report response as inappropriateThank you. We appreciate your input.
This response is the subjective opinion of the management representative and not of TripAdvisor LLC
kp7j4x
Beltsville, Maryland
8280
Reviewed 26 August 2020 via mobile
Not aging well

Stayed at the Westin Philadelphia after a visit to Hersheypark. Check in was smooth and quick. Elevators were aged and resembled Disney’s Tower of Terror elevators. Room was nice, bed was comfy, and the shower was amazing. Only room issue is the paint covering up previous water damage and mold is peeling revealing the damage and mold.

Also hotel held $150 for incidentals. mini bar is empty and locked and the hotels dining options are closed , what am I going to spend $150 on?

Thank you for the feedback kp7j4x, we appreciate your thoughts

Report response as inappropriateThank you. We appreciate your input.
This response is the subjective opinion of the management representative and not of TripAdvisor LLC
RA1972
Norfolk, Virginia
53
Reviewed 21 February 2020
At the Weston, it’s people make the stay

Yes, the Westin is under renovation as it is the Winter Season when most hotels do their updating. However, we were upgraded to a suite as work is only done during work hours Mon-Friday. Once there, the employees take car of you! Kaci, the doorman, knows and helps with everything! Need to know where to eat, drink, walk, visit....ask Kaci. Early ride to the airport, DONE! If it is one of those nights and you need a drink before bed, see Bernie is the bar. Helpful, knowledgeable and attentive when necessary. This is our tenth trip to the City, the Staff here made a chilly weekend, great!

Room tip: if You are a Marriott Bonvoy member; ask for an upgrade if available
Ask RA1972 about The Westin Philadelphia
Thank RA1972

Thank you for the rave review, we are nothing without our team members and Kaci is fantastic!

Report response as inappropriateThank you. We appreciate your input.
This response is the subjective opinion of the management representative and not of TripAdvisor LLC
andressantanamd
Springfield, Massachusetts
298
Reviewed 21 February 2020 via mobile
...you can find better options.

Right now, not the best hotel, but not the worst either. Installations are ok, and yes, is very true, there is a major construction going on. The room was very clean; only one concern; i opened a pack of M&Ms and it was expired, i called the operator, report the incident and they told me that they were going to pick up the package. Waited for 45 mins and nothing. I went to lobby with the M&Ms, explained the situation, and they told that since I opened, i will get charged. You can imagine my face when i heard that. They spoke with the manager and they told me that will remove the charge from my bill...let’s see. Bottom line; find better options and please avoid this place. I walk around and there’s more hotels. DO I RECOMMEND THIS PLACE: NO.

BEWARE POOR SERVICE: I have contacted the Westin Philadelphia twice within 48 hours regarding 2 extraneous “refreshment center” charges on my bill; I left 2 messages, and my call has not been returned. Upon check out, no staff asked about my stay, offered to show me my bill, and the valet was so rude.

THE HOTEL IS UNDER CONSTRUCTION, and unlike most Marriott hotels, this is not indicated on the reservation information.

This Westin is not worthy of a 4 star rating, regardless of the construction that’s ongoing, for the following reasons
- the requests I made for “additional items” via the Marriott app were not completed by the hotel staff. I phoned upon arrival to make the requests again, and when the staff arrived, they forget 1/3rd of my requests.
- the room was not supplied with normal supplies, including but not limited to slippers, cotton swab-cotton ball-nail file kit, enough toiletries and towels for 2 people, which is what my reservation was for.
- the previous guest left personal items in the minibar (milk) and it had gone off.
- there was heavy construction above us before 10am each weekend day. We know other guest were bothered because when we called service express, they said other guests had also called about the disturbance.
- water and complimentary coffee were not (sufficiently) stocked, either ran out before 4pm each day or was not stocked at all.
These are basic features of a 4 star hotel, and the Westin is preferred by customers because we expect these features, supplies, compliments.
- the room service was appalling! The club sandwich and au jus arrived cold and soggy (bread), and the cheesecake had been in the refrigerator so long that the crust went soft when it was supposed to be crunchy cookie.
-the room was falling apart - handles off dressers, door stops hanging off, rust in bathroom, etc

I love Westins, but this one is not worth your time or money. There are plenty of nice hotels in the area. IHG is offering 15% of stays, including the Kimpton very near the Westin Philadelphia, for stays through April 30, 2020. I suggest that instead, even if you love Westin. They are going downhill since being purchased by Marriott.