US$147
Free cancellation until 30/04/21
View deal
Booking.comUS$147
AC HotelsUS$147
Hotels.comUS$147
PricelineUS$147
Agoda.comUS$147
eDreamsUS$147
View all 20 deals
Prices are provided by our partners, and reflect nightly room rates, including all taxes and fees known to our partners. Please see our partners for more details.
Payments made by partners impact the order of prices displayed. Room types may vary.
ALX305
Miami, Florida
4946

've stayed at this AC Hotel, 5 Stays/ 10 nights the last three months. The hotel is very modern and at the same time very comfortable. The rooms are a perfect size and they are always clean. The shower products are also very nice. Heating and cooling work perfectly. Beds are comfortable.
The hotel is close to the seaport and the east river ferries. Great relaxed location.
The staff are always very nice and professional. I'd like to especially call out Matina. She is always so professional and welcoming. The reason I'm loyal to Marriott is because of the Marriott service, the warm welcoming and gratitude. Matina has consistently delivered on these things. In addition to this I've seen Matina in action assisting other customers that are upset. She knows exactly what to say to calm them down and fix the situation while maintaining order and being pleasant. I hope this hotel knows what an asset she really is. Matina is a Star.
I look forward to more nice stays at this hotelMore

Our associates understand and believe that our valued guests deserve an exceptional stay and we will continue to push daily to find new ways to WOW our guests. I will be sure to share your very nice comments with Matina; she works hard to ensure guests have a pleasant stay. I appreciate you taking the time to write a review and we look forward to seeing you again on a return visit.

Report response as inappropriateThank you. We appreciate your input.
This response is the subjective opinion of the management representative and not of TripAdvisor LLC
See all 163 reviews
Payments made by partners impact the order of prices displayed. Room types may vary.
Nearby Hotels 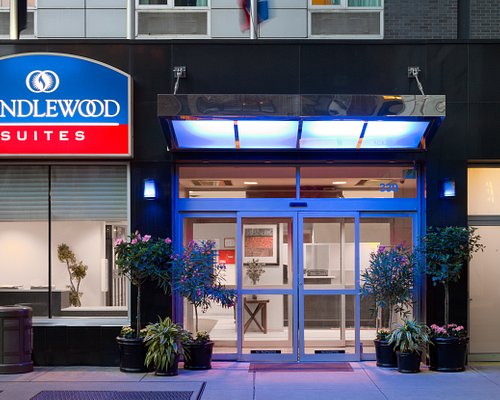 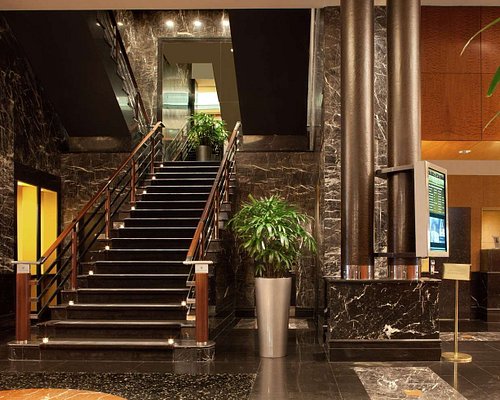 Taking safety measures
We compared the lowest prices from 13 websites
The Standard, High Line
US$290
Booking.com
View deal
Free cancellation
Priceline
US$290
Hotels.com
US$289
Agoda.com
US$290
View all 17 deals from US$289
4,506 reviews
3.9 km from AC Hotel New York Downtown

I've been a guest at this AC using the DayPass program about five times over the past month. Most of the visits have ranged from uneventful to pleasant, but my experience here last Thursday has stuck in my head. I would've shared this directly with the hotel, but there's no mechanism for direct feedback and I didn't receive a feedback email after my stay to leave a review on Marriott.com.
I arrived around 8:30a last Thursday morning. A clerk was animatedly conversing with a man who seemed to be planning an event for his team. Overhearing the conversation, I noticed that the clerk didn't seem very professional in the way he was speaking with the customer. I was standing fairly far back from the desk because because the guest's mask wasn't fully covering his nose as he spoke. After a few minutes, the clerk paused and looked at me and beckoned me over. The first words out of his mouth were "Are you the housekeeper?" I was pretty taken aback by this greeting (not even a hello, how can I help you?") and his lack of apology when I informed him I was a guest, and a guest who had visited this property multiple times over the last month to boot. I asked him why that was the first question out of his mouth and he just said, I'm sorry, I was expecting a housekeeper around this time. Even if I had been the housekeeper, I would think someone in the hospitality would know better than to greet someone in the lobby this way and also recognize his mistake and make up for it with some goodwill. None of that happened. The experience left a really poor impression in my mind, and even though previous experiences were fine I am much less likely to return here.

We appreciate your patronage and your sincere feedback. I'm very sorry for your poor arrival experience; please forgive us. We aim to provide sincere hospitality and clearly missed the mark. Your feedback has been reviewed by our team to foster improvements. For this reason, we hope that you will reconsider a return visit. We'd love the opportunity to serve you better. Once again, thank you for your patronage and feedback.

Report response as inappropriateThank you. We appreciate your input.
This response is the subjective opinion of the management representative and not of TripAdvisor LLC
mypassport1
12
Reviewed 22 December 2020
Too Much Marijuana

Beautiful hotel. Great downtown location, but my room smelled like marijuana all night. I mentioned it to the staff, who kindly moved me to another room. This is not a nonsmoking hotel. The $200.00 deposit is not keeping people from smoking in the rooms especially in the bathroom. No one bothers to mention to guests signing in that this is a nonsmoking hotel and we'll charge you $200. If you stay in a low rent hotel in NY, be prepared for marijuana and cigarette smoke.

I'm so sorry for your experience at our hotel; please forgive us. We are a non-smoking hotel, so I regret that you detected an odor. I'm glad that our team was responsive. We do our very best to obtain guest compliance. There is a significant room recovery fee for guests who do not comply to cover the extensive cost of restoring guest rooms to a smoke-free condition. All associates have been trained to respond to potential violations. Once again, on behalf of our entire team - I'm sorry we let you down this visit. We hope to have the opportunity to provide a flawless stay in the future.

Report response as inappropriateThank you. We appreciate your input.
This response is the subjective opinion of the management representative and not of TripAdvisor LLC
chrislL149MV
172
Reviewed 21 December 2020
Nice and Clean

This is a nice hotel right off of the East River. The people at the front desk were very friendly and accommodating. One thing to note is the hotel rooms are not incredibly large, but it's NYC, so not surprising. Very close to everything downtown. They are taking good precautions with COVID.

I’m delighted to hear that you enjoyed your stay! We thank you for your compliments. Each member of our team strives daily to deliver a positive guest experience; your feedback serves as encouragement to our associates. We appreciate having you as our guest, and we hope you’ll visit us again soon.

Report response as inappropriateThank you. We appreciate your input.
This response is the subjective opinion of the management representative and not of TripAdvisor LLC
Texascarmain
Houston
82
Reviewed 15 November 2020
Smokers Paradise

While the hotel is very pretty and updated the entire building reeks of marijuana at all times of the day. The lobby, the elevators, the 21st floor hallway and the smell seeps into my room. Front desk staff says it’s because they are understaffed. I’ve been here for 4 days and the smell has been consistent.

I regret that you detected an odor while staying with us. We are a smoke-free hotel and do our very best to obtain guest compliance. Again, on behalf of the staff and management - I offer our apologies.

Report response as inappropriateThank you. We appreciate your input.
This response is the subjective opinion of the management representative and not of TripAdvisor LLC
bakr007
Dubai, United Arab Emirates
37100
Reviewed 15 October 2020
Super Hotel

We appreciate your review and recommendation. I'm delighted to know you found your stay top-notch. Please find a reason to visit us again soon.