US$95
US$70
View deal
PricelineUS$87
TravelocityUS$83
travelup.comUS$95
View all 15 deals
Payments made by partners impact the order of prices displayed. Room types may vary.
Prices are provided by our partners, and reflect nightly room rates, including all taxes and fees known to our partners. Please see our partners for more details.
la_zia_ross
Belgium
139192

The place is beautiful, with a swimming pool to relax, few tables available in the yard, a good breakfast and probably the best shower I ever had in my life. Yaiza is a good starting point to explore the south inland of Lanzarote, being very close to the Timanfaya national park, the Charco Verde, wineries and more.
It's also about 30 minutes ride from the capital, amazing beaches in the south and the airport.More

Show less
Room tip: Avoid rooms looking over the swimming pool: it can get busy with noisy children!

Thank you for your visit and review!! Look forward to welcome you back in a near future

Report response as inappropriateThank you. We appreciate your input.
This response is the subjective opinion of the management representative and not of TripAdvisor LLC
See all 208 reviews
Payments made by partners impact the order of prices displayed. Room types may vary.
Nearby Hotels 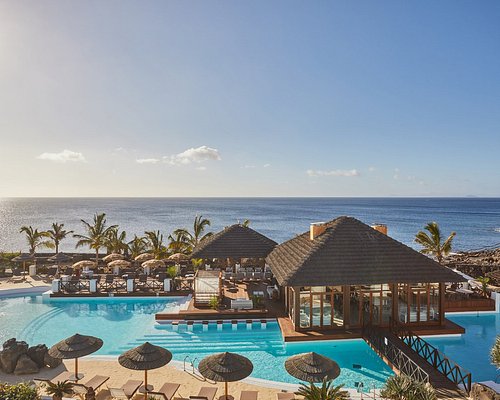 Breakfast included
Casa de Hilario
US$84
Booking.com
View deal
Expedia.com
US$89
Agoda.com
US$73
Priceline
US$93
View all 14 deals from US$73
120 reviews
0.9 km from La Casona De Yaiza
We compared the lowest prices from 14 websites We had relatively high expectations after reading the hotel website and reports from others, but the reality did not match our hopes.

Firstly, the good points:
The location is quiet (if a bit remote) and the overall ambience is very chilled. The staff were friendly and efficient. The restaurant was cosy and the food generally good, and the breakfast was basic but good.

On the downside:
Our room was clean but quite basic and lacked a fridge, storage space and somewhere to sit comfortably. There was no information pack in the room, particularly information on the bar/restaurant opening times.

There was no guests' lounge where one could meet others if the weather was not particularly good (as we experienced) and although the bar was open during the evening, our experience was that during the daytime it was closed . If one wanted to have a relaxing day by the pool or on the balcony, there was no facility to get any refreshments or snacks. This was compounded by the lack of fridge / tea-making facility in the room. One had the impression that the hotel were actively discouraging guests to remain on the premises.

The breakfast buffet arrangements were pretty chaotic - cutlery/crockery. drinks and food were all crammed into a small area resulting in it being very congested with the guests having to juggle for position with each other to get their breakfast.

This review is the subjective opinion of a Tripadvisor member and not of TripAdvisor LLC.
aka_space
Edinburgh, United Kingdom
5558
Reviewed 9 February 2020
Wonderful hotel of character in beautiful town

During a holiday in Fuerteventura my wife and I decided to sail to Lanzarote and stay for one night. We found this hotel by chance. It is on the edge of Yaiza, a really exquisite Lanzarotean town miles away from any tourist places. Our room was quiet and very well equipped - everything was excellent quality - with a delightful calm atmosphere and some distinctive pieces of art. There is a small restaurant with outstanding and knowledgeable staff. Our food, which included a seafood platter, all fresh, was easily the best we came across in our two week trip during which we ate at various restaurants. Breakfast the next morning was plentiful and good and really set us up for the day. No negative comments at all. Everything was reasonably priced.

Room tip: I am confident any room in the hotel would be quiet and comfortable.
Ask aka_space about La Casona De Yaiza
1  Thank aka_space

Thank you so much for your nice words!
We hope to have you back soon, longer next time.

Report response as inappropriateThank you. We appreciate your input.
This response is the subjective opinion of the management representative and not of TripAdvisor LLC
David F
Kenilworth, United Kingdom
6837
Reviewed 5 February 2020
Delightful hotel in an attractive town

We really liked the Casona and found Yaiza a perfect base for our first visit to Lanzarote. It’s quite a small hotel with an attractive courtyard ideal for a drink and for an al fresco breakfast. It was just a tad cool for dinner outside in late Jan/early Feb. The dining room is delightful with some quirky art. The food is good and the service is exceptionally friendly. We ate at the Casona most nights but also tried the Santiago (very good) and the Era (food OK but service thoroughly rude).
There is a bus service to the resort at Playa Blanca and the capital Arrecife but we were very pleased to have a hire car. We were in Lanzarote mainly for the walking and can recommend the Discovery Walk! Book and the Tour and Trail map which goes with it. Great hike from the hotel up to Atalaya and back via Femes. Also a strange walk from Yaiza across the Rubicon desert to Playa Blanca. We can really recommend the challenging walk up the Caldera Blanca and round the volcano rim – stunning. We liked Puerto Calero, Arrieta, Famara and Teguise. The beaches at Papagayo were wonderful for swimming – quite an easy walk from the eastern end of Playa Blanca.

This review is the subjective opinion of a Tripadvisor member and not of TripAdvisor LLC.
Suzanne E
2
Reviewed 28 December 2019 via mobile
Quiet and unspoilt.

Yaiza village is delightful, typically Spanish in the traditional way. Casona fe Yaiza is a boutique hotel with 25 rooms. Excellent breakfast and restaurant. We had a room in the modern part of the hotel which was small but clean and comfortable, although no English TV channels. Large balcony.
The main part of the hotel has older style rooms which looked nicer.
You need a car here to explore the island. It’s away from the touristy parts and we preferred the beach at Playa Blanca.
Overall, a pleasant stay with good staff but a bit quiet and not much to do .

This review is the subjective opinion of a Tripadvisor member and not of TripAdvisor LLC.
MattAlis
Edinburgh, United Kingdom
6451
Reviewed 21 December 2019 via mobile
Not what it might have been

A disappointing stay, due to a combination of unfulfilled promise from the hotel and inaccurate information on their Booking.com listing.We hoped this ‘emblematic’ hotel would be something special, and perhaps it once was. But not now, or at least not in December when we visited. We even missed out on the highly-praised restaurant experience because we unwittingly booked ‘half board’ and were sidelined into a limited and inferior menu, with no explanation or opportunity to change our minds.Although the Booking.com listing sold a 58m2 ‘Suite’ with “a bedroom and a lounge, as well as a balcony” and described it as having “2 double beds, 131-150cm wide”, none of this was available when we arrived to check in. Indeed, we were initially given one of the soulless new rooms and told that none of the suites had balconies. We were later offered a suite with a balcony in the more characterful old part of the hotel, but it only had twin single beds.Th hotel’s own website says it has “10 large, lovely and comfortable rooms” and says nothing about the additional 13 new rooms that have been built more recently. It does not distinguish between them, so it is no wonder we (and others, according to the reviews) were surprised to find the old hotel surrounded by square blocks of new-build accommodation. It may once have been an emblematic Canarian country house hotel, but this is now swamped by mordernity. Even the location and outlook is no longer what previous guests have praised. See the photos for the ‘views’ from the balcony of our room (Room 10).The room itself had character, but like much of the hotel was in need of some serious maintenance and upgrading. Poor plumbing and sanitation, old narrow, hard beds, cheap towels and toiletries, a table lamp bulb missing, a broken bathroom bench, items missing (water, bath robes, a safe that worked, a heater) all described on the website but absent from the room. The balcony looked out onto waste land, scrub, and a half finished building (see photos). It also overlooked the corner of the pool area where all the machinery was housed, so had a constant background noise.Apparently the restaurant is, or was, really good. I can’t really say because rather than booking the restaurant separately from our room, we thought this would be covered by booking ‘half board’ (even if we accepted we might have to pay supplements for some of the fancier dishes on the menu). But no, at El Casona their ‘half board’ guests are second class people in the restaurant, who are read a short list of basic courses (e.g. soup, pork, ice cream) from which to choose. These were well cooked, if simple, but it felt very much like we were ‘poor relations’ as we saw other diners enjoying deep-fried aubergine, octopus, paella, fresh fish, etc. Breakfast was equally disappointing, being just an indifferent cold ‘continental’ buffet with weak filter coffee.Overall a disappointing stay following a classic case of ‘over-promising and under-delivering’. There are many better places to stay in southern Lanzarote.