Facility is older, used to be a Ramada Inn that has been taken over. Current management tries to keep cost down by offering the basics but no excesses. We did have a few issues at first (ants in the shower area, floor wet around the door) but the management was very helpful in getting the problem taken care of. We were there as part of a mission trip and used the facility primarily for a place to sleep and get cleaned up and did not need much else. A/C worked, hot water, clean sheets, and protection from the weather!!

See all 16 reviews
Payments made by partners impact the order of prices displayed. Room types may vary.
Nearby Hotels 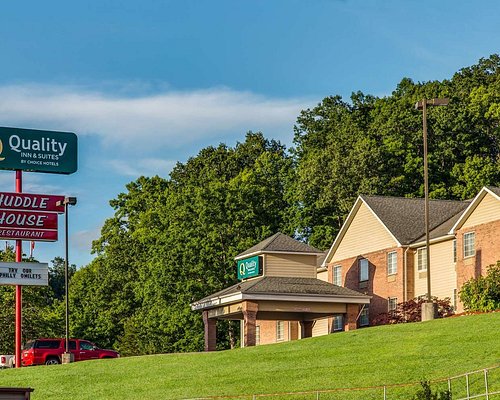 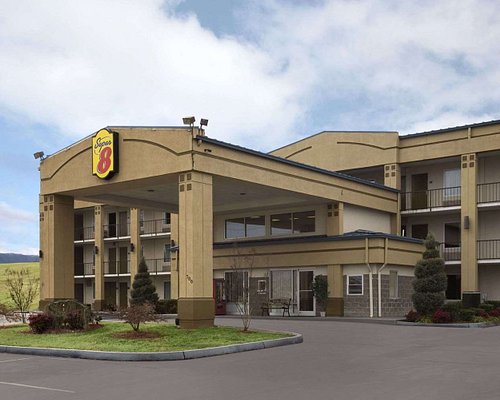 Taking safety measures
We compared the lowest prices from 17 websites
Red Roof Inn Kingsport
US$86
US$84
Booking.com
View deal
Free cancellation
Priceline
US$84
Expedia.com
US$84
Hurb
US$86
View all 15 deals from US$84
126 reviews
31.6 km from Travel Inn

We booked two rooms for the weekend. The pictures online looked nothing like the hotel we drove up to that Friday night. We got out key and went to our room. As soon as we open the door the smell of mildew hit us in the face immediately.... it smelled absolutely aweful. I wouldn’t even let my two year old even walk in there. We instantly got back in the car turned our keys in and left and drove down to the comfort inn. Travel inn is very ran down, I was actually scared to stay here at that place. Keep driving!!! Better yet go ahead and back up off the website.

This review is the subjective opinion of a TripAdvisor member and not of TripAdvisor LLC
Dave D
Penn Laird, Virginia
367
Reviewed 25 August 2017
Keep driving...

This is a very well worn older facility. So-so cleanliness. The pluses were few, friendly innkeeper and good wifi. This place will work, if it's late and, like us, you don't want to drive another 35 miles to the next choice.

This hotel is older but is very clean and the couple who manage it bent over backwards to look after our every need...we had a working fridge and a microwave....they gave us a rocking chair to sit out in the evenings and a full pot of coffee every morning....it was the least expensive hotel on our week long bike trip from Canada to ride and it was centrally located for our day trips...can't wait to go back...lovely people

This review is the subjective opinion of a TripAdvisor member and not of TripAdvisor LLC
vmann43
Hamilton, Ohio
1
Reviewed 6 February 2017
Horrendous

Stayed Thurs 2.2.17 and both rooms where terrible. Everything looked run down. Dirty in appearance. Hole in the sheets. Water pressure very low, no hair dryers, very little toiletries available. Outlets were very unsafe and some did not work. No working phone. Said we could use the front desk phone anytime....really? Would not recommend this place to anyone.

This review is the subjective opinion of a TripAdvisor member and not of TripAdvisor LLC
Momathome09
Richmond, Illinois
1939
Reviewed 25 October 2016
Burn it down and start over.....

We think that this would be the best remedy for this place. Gutting it is not enough.
We were told by a relative in a neighboring town that this place does hourly rentals wink wink, but we thought hey, it won't be bad. The office stank like, I don't know, like strange old food, b.o., maybe some trash cans or dead pets or something. The manager told us he would take us to two rooms for us to check out. Now, this place used to be big, with a conference center and a large number of rooms on two floors. Yet he took us to the FARTHEST from the office. Perhaps he saves the closer rooms for the hourlies? Hmmm...... The rooms stank but we hoped it was just because they had not be opened up or the a/c turned on. The room is dated but seemed fine for one night. The vending machines are roached, and the 'ice' machine had like, 3 old chunks hanging out in the bottom of it, like they were lonely and missed all their friends. The pervasive room smell was so overpowering that we were forced to go out to Dollar General and buy air freshners. Our traveling buddies in the next room did that AND slept with the a/c on high all night. Our bed had stains on the inner blanket and both beds were squashy but that actually felt ok. The shower pressure was decent BUT the shower head was mounted for kids or something. Maybe not, as my smaller 4 ft 2 inch 12 year old son hit his head on it. So as long as you bent or stooped you were fine. Oh, and the last bit was the 'outdoor, seasonal pool.' Oh yeah, there's a pool. It's definitely outside, but it hasn't been uncovered in many, many summers. The sunfaded, ripping tarps are proof of that. I shudder to think what is underneath.
One bright spot was a stray cat that was hanging around. My sons befriended it and were trying to sneak it in the van with us.
Burn and start over. Seriously.

This review is the subjective opinion of a TripAdvisor member and not of TripAdvisor LLC
View more reviews
PreviousNext
123
<script type='text/javascript' crossorigin='anonymous' async onerror='__scriptLoadError(this,true);' src='https://static.t