An absolute dump. Whoever has reviewed this place higher than a 2 must be related to the owners. The place is disgusting, filthy and massively overpriced.

There was awful smell (damp I believe) in our room which was so powerful it actually overwhelmed the stale smoke smell. Stained walls and ceiling, scruffy carpets, even awful beer, etc. If someone travelled forwards in time from the 70's they would think they had gone backwards.
Have a look at the sanitary bag photo attached. It must be an antique. This matched the rest of the 'hotel'. The reviews on 'Booking.com' (7.4 average) are definitely not genuine.
Have a close look for your self.
DO NOT STAY HEREMore

Show less
Room tip: Do not stay here. You'll thank me!
See all 27 reviews
Payments made by partners impact the order of prices displayed. Room types may vary.
Nearby Hotels 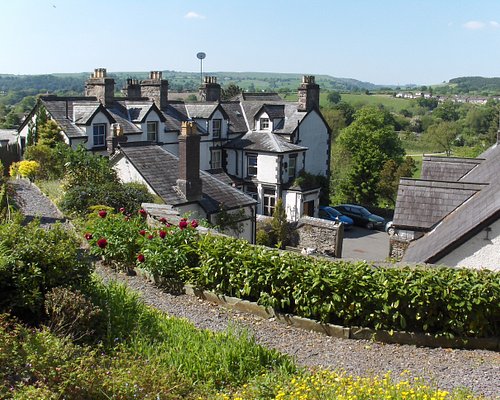 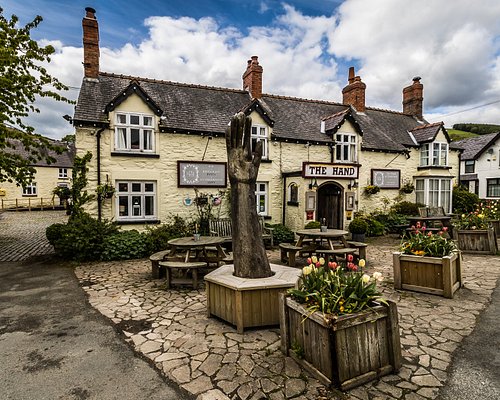 Top Rated
Breakfast included
The Hand at Llanarmon
US$178
Booking.com
View Deal
Free cancellation
Hotels.com
US$178
Expedia.com
US$178
eDreams
US$178
View all 13 deals from US$178
574 reviews
13.2 km from Owain Glyndwr Hotel
We compared the lowest prices from 13 websites 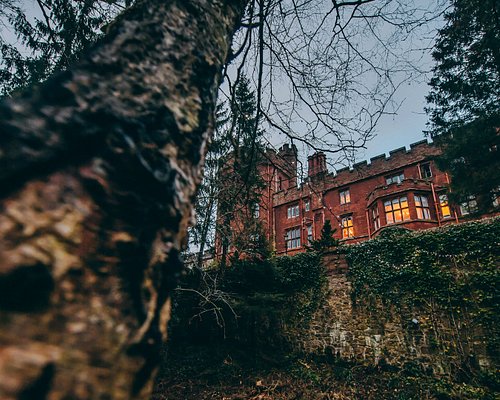 Hotels.com
View Deal
Booking.com
US$89
Agoda.com
US$71
Expedia.com
US$89
View all 12 deals from US$71
368 reviews
26.5 km from Owain Glyndwr Hotel
We compared the lowest prices from 12 websites
Premier Inn Oswestry hotel
US$40

It’s pretty dated. But a good location. And got a good nights sleep. Requested a early breakfast as had to be out early and this was done. Lovely breakfast. Good poached eggs. Staff helpful and friendly.

This review is the subjective opinion of a TripAdvisor member and not of TripAdvisor LLC
curzonsparks
Brighton, Sussex
5526
Reviewed 1 March 2018
Oh Dear!

Would like to write and say this was a lovely hotel - but in all honesty, I can't! It looks impressive from the outside, but once inside, it all changes. It is a very old hotel and hasn't managed to keep up with the modern pace. The man that was on reception was very pleasant and helpful, but this didn't make up for the room once I was inside. The first thing I noticed was the stains on the carpet! There were two or three of these in different areas! The next thing was some mould around the bath edges. When I went to put the bedside light on, the top came away - it had broken at the wire frame -and just put back on the top, balancing precariously! The room I was in was at the front of the building, and being on the main road, was quite noisy until after midnight. The bed itself was quite comfortable, and I had a reasonable nights sleep. Breakfast was fine, although I had to go to reception to get the owner before I could order. One strange thing was the fruit juice was in bottles - Britvic by brand, and I have never had that in a hotel before at breakfast. The food was O.K. and seemed to be freshly prepared. There as a problem with the C.C. device, but this was rectified, in a fashion, by the time I left. I would love to say it was all fine, but unfortunately, too many little niggles, let it down. It would need quite a lot of time and money spending to bring it back to its former glory. Steeped in history, it would be magnificent once again if this was done. I don't think I would stay there again, but I do hope they can turn the place around.

This review is the subjective opinion of a TripAdvisor member and not of TripAdvisor LLC
celticbaza
Arboleas, Spain
233
Reviewed 26 February 2018
An average stay at an above average price in a run down hotel

The room was spacious and although on the main A5 was peaceful at night. The staff were friendly and the food good but the smell of damp throughout was the main complaint together with the dated decoration.

This review is the subjective opinion of a TripAdvisor member and not of TripAdvisor LLC
Apollo333
Chiltern Hills, Bucks
289
Reviewed 16 October 2017
Convenient location to catch early ferry

We wanted somewhere we could be in striking distance of Holyhead for the next day early ferry.
The Hotel is convenient from this point of view and has its own car park not far away.
It could be cleaner, and is a little tired, but the people were friendly and breakfast was very good.
Only one issue, apart from cleanliness, was the smokers block the main entrance and their fumes enter the bedrooms above. Not nice!

This review is the subjective opinion of a TripAdvisor member and not of TripAdvisor LLC
KevinSadler2364
Leicester, United Kingdom
1255390
Reviewed 7 August 2017
Disappointing

To be honest, it probably need Glyndwr himself to come and shake this lot up. It has massive potential, situated on the main A5 road through the village, and has history coming out of the wood work, but it fails to live up.
The bar saves this from being a 2 star rating, plenty of real ale, although a little pricey.