Priceline
Booking.comUS$144
FindHotelUS$153
View all 16 deals
Prices are provided by our partners, and reflect nightly room rates, including all taxes and fees known to our partners. Please see our partners for more details.
Payments made by partners impact the order of prices displayed. Room types may vary.
ckarl84
Bray, Ireland
191332

Me and the missus stayed here for one night. Staff were very nice and helpful. Covid safety measures were all in place and can't fault them on anything. We ordered room service as we got there late and the food was very tasty plus not that expensive. Room was clean and all fully sanitized. They left extra towels and toilet rolls in the wardrobe.
Overall a very good stay and we would recommend this hotel.
Staff are a real asset to this hotel. They deserve a lot of credit.

Trip type: Travelled as a couple
See all 666 reviews
Payments made by partners impact the order of prices displayed. Room types may vary.
Nearby Hotels 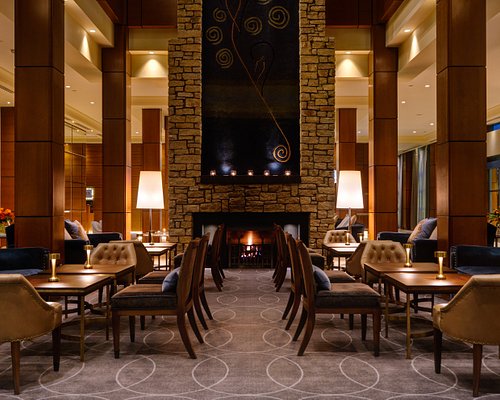 This was not the only issue:
- At check-in, we were asked for credit cards for the rooms and were charged immediately - without being asked. SO we’d no leverage when settling the bill with regard to water issues.
- After check-in we wanted to have a cup coffee – but were told we had to spend €9 on food or have it in our rooms! We went to the Druids Glen 5* hotel nearby, and had no problem getting a cup of coffee – whereas we were residents in the Parkview Hotel & couldn’t get coffee !
- The receptionist took an e-mail address of one of the girls and said the manager would be in touch regarding the water issue. We are still waiting to hear from them….. They don't care – they got their money!
Do not ‘staycation’ here!

Hospitality at its best! After a few room hiccups we were upgraded to a beautiful suite. Would highly recommend a stay at the Parkview Hotel, in wonderful County Wicklow. Looking forward to dinner at the hotel this evening.

This review is the subjective opinion of a TripAdvisor member and not of TripAdvisor LLC
peter b
Courtown, Ireland
4
Reviewed 23 August 2020 via mobile
Return for 12 year Anniversary

Had our Wedding reception here 12 years ago and really wanted to return to see the Hotel. It was great to go and see where it all happened. I have to say it did not disappoint, especially with all the covid19 procedures. They really look after all the guest. All staff are wearing face covers. Alcohol gel everywhere and all tables are very much space apart. Very relaxed atmosphere in the hotel. which made our short stay very welcoming. I have to mention a few members of staff. The bar manager Morat was so on point in everything that he does and so nice and friendly and the waitress Tia who looked after us, she is a great asset to the hotel. The food in the restaurant was incredible and very good value.
The room was lovely and the bed was very comfortable.
Staff are all so friendly will definitely come back and stay.
Thanks for a lovely weekend.

Trip type: Travelled as a couple
Ask peter b about Parkview Hotel
Thank peter b

This review is the subjective opinion of a TripAdvisor member and not of TripAdvisor LLC
70beckyboo
Portadown, United Kingdom
8372
Reviewed 8 August 2020 via mobile
Nice short break

Stayed for a two night break.
Nice basic hotel very clean rooms nice and airy and spotless.
Good procedures in place re covid temperature took on arrival etc.
Breakfast good plenty of choice cold buffet, no menu for cooked breakfast
Just item for a cooked breakfast but all good quality.
Evening meal lovely and great service and a special mention to Hollie she looked after us during our evening meal and what a credit she is great service.
Good carpark at rear of hotel plenty of space
Hotel in a great location central to many attractions

This hotel was so clean and spacious rooms. It was extremely easy to find after coming off the motorway and had a large free car park to the rear. Handy access to the Wicklow mountains and bray and Greystones by car. Didn’t take public transport so unsure of how handy this would be. The staff were absolutely amazing and went above and beyond for my sister when she hurt herself. Would definitely recommend staying here if your spending some time in Wicklow.