Great place, we will come back - Review of Carna Bay Hotel

US$133
US$106
View deal
Free cancellation until 30/10/21
Hotels.comUS$106
eDreamsUS$122
HurbUS$133
View all 16 deals
Prices are provided by our partners, and reflect nightly room rates, including all taxes and fees known to our partners. Please see our partners for more details.
Payments made by partners impact the order of prices displayed. Room types may vary.
Voyage53389555591
Berkhamsted, United Kingdom
1

Great place, we will come back

Review of Carna Bay Hotel
Reviewed 3 weeks ago via mobile

Trip type: Travelled as a couple
See all 51 reviews
Payments made by partners impact the order of prices displayed. Room types may vary.
Nearby Hotels Lough Inagh Lodge
US$216
Tripadvisor
View deal
Pay up to 12X
Travelocity
Booking.com
Orbitz.com
View all 16 deals from US$215
323 reviews
22.6 km from Carna Bay Hotel
We compared the lowest prices from 16 websites 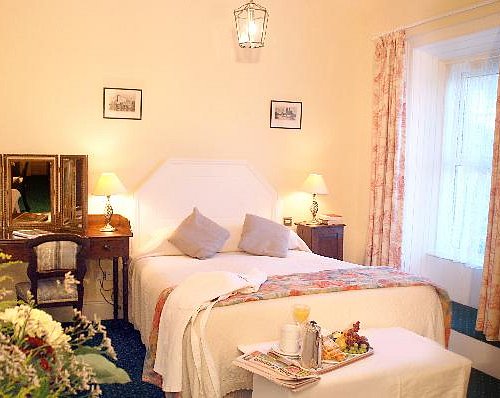 I was fortunate to be in this beautiful part of Connemara recently and booked into the Carna Bay Hotel for the night. The young team of staff members were warm and welcoming. I left my bag to my room and went off for a dander in the local area. It really is so beautiful around here. The hotel itself is perfect for a getaway but what really stood out was the service and the food. The management were very welcoming too - and the food in the lounge was exceptional. My server recommended the salmon and leek pie and it was cooked to absolute perfection. (The accompanying pint of Guinness was poured to perfection too). Breakfast the next day was beautifully presented and tasty, having opted for Eggs Benedict. What makes this hotel is its staff; add in the exceptional restaurant food, the stunning location and you've landed!
Note: Great to see the Covid-19 regulations implemented at this hotel. You feel safe throughout your stay.

This review is the subjective opinion of a Tripadvisor member and not of TripAdvisor LLC.
Twinky99
Swords, Ireland
81
Reviewed 13 September 2021 via mobile
Fantastic food and felt very safe

Stayed here over the August weekend and I have to commend the management on their clinical hotel and we were made feel very safe as regards COVID etc. they had very good systems in place to make all of us feel assured.
The food was outstanding and staff very friendly.
Can’t wait to return.
Keep up the good work Carna Bay

This review is the subjective opinion of a Tripadvisor member and not of TripAdvisor LLC.
Martin C
2
Reviewed 12 September 2021 via mobile
Amazing staff - great welcome

We picked this hotel as a base for exploring the area based on the reviews on trip-advisor and it did not disappoint.

Made to feel welcome from the moment we arrived and found the staff there amazing - could not be any more helpful and welcoming. The hotel had a real family feel to it.

We eat both nights in restaurant and was great - menu is good, food great and relaxed atmosphere. Breakfast was big and no problem getting anything extra.

Room was good - clean, little smaller than expected but not an issue - comfortable.

Nice bar area and area to chill and relax in evening.

This review is the subjective opinion of a Tripadvisor member and not of TripAdvisor LLC.
joejK4128LU
110
Reviewed 11 September 2021
Displeased

Covid19 is not an excuse for the discourtesy and aggressive rudeness
that I experienced from the hotel management during my recent stay in Carna Bay Hotel. l have stayed annually in this hotel for over ten years under the previous management and was treated very well. This has been the worst experience I have ever had in any hotel. I was part of a group of senior citizens, and hospitality was sadly lacking.
I will not be returning.
Joe

This review is the subjective opinion of a Tripadvisor member and not of TripAdvisor LLC.
sallyd840
17
Reviewed 10 September 2021
Hotel good, food good, management a Disaster a real holiday spoiler.

I and eight friends spent three nights in Carna Bay Hotel. We have been going to this hotel for at least fifteen years and many times twice a year. Obviously, we liked it.

But this year we were subjected to such regimentation and control that it became intolerable. Each dinner was interrupted by one or other of the owners. The first night the problem was that one of our group did not show. There was no polite cautioning that the bill would have to be paid. It was straight up – the room could have been let twelve times over, threatening, referring to the policy, they are running a business etc. This guest had been ill, arrived the next day and paid the full amount without quibble.

One of our group was having a problem about wearing his mask in the public area of the hotel. I did not witness any of the interactions between him and hotel staff, but it began to seem that he was being persecuted. A huge issue was being made of it and during dinner on second night the same owner summoned a member of group outside.

She complained to this third party about J and wanted her to sort out the problem. On the third night, again at dinner, J had left to make a phone call and was accosted by the other owner for no mask who called him back and attacked him verbally.

Our group is made up mostly of 60 and 70 year olds. Many of that generation suffered at the hands of bullying and abusive teachers. We do not tolerate that any more. Words were exchanged and J was going to be asked to leave. He wanted to leave immediately and proceeded to pay the bill. At first they wanted to charge him for the third night but in the end he stayed and the hotel decided that their policy could allow them to waive the fee for the night – the night they were throwing him out!!

I told the owner on checking out that that was the worst experience we ever had in any hotel. Her response was certainly not conciliatory. She said we were the worst group she had ever had. When I pointed out the inconsistency of their treatment of J and a funeral group in the foyer the previous day most of whom were maskless she denied it completely. I think J deserved an apology but I could see that it would have been pointless to ask.

Not once during either of our stays were any pleasantries exchanged between us. All interaction between us and management was negative, aggressive, and in some instances confrontational.