US$104
View deal
Free cancellation until 04/07/21
PricelineUS$104
Expedia.comUS$104
HurbUS$108
View all 17 deals
Prices are provided by our partners, and reflect nightly room rates, including all taxes and fees known to our partners. Please see our partners for more details.
Payments made by partners impact the order of prices displayed. Room types may vary.
nicktarlton79
Asheville, North Carolina
3

This property is beautiful from the time you walk through the door to the time you leave. Wonderful renovations, clean, and safe. I have stayed at this property 4 times and each time I'm delighted. I highly recommend.

Trip type: Travelled solo
See all 95 reviews
Payments made by partners impact the order of prices displayed. Room types may vary.
Nearby Hotels 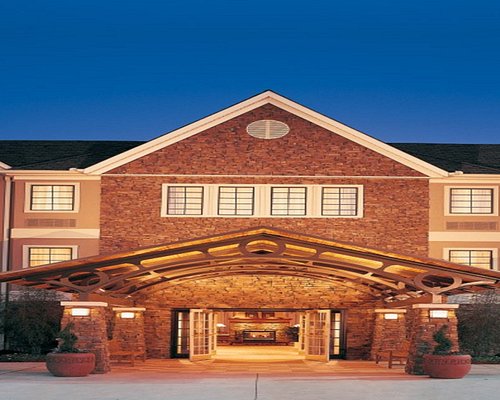 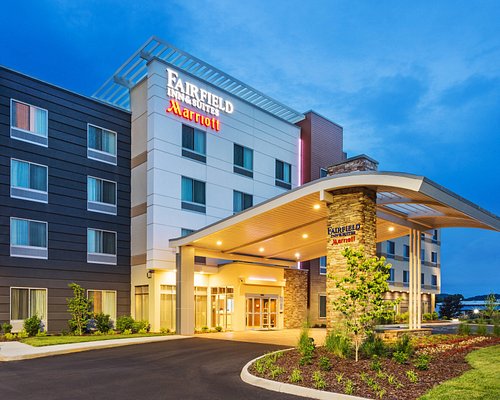 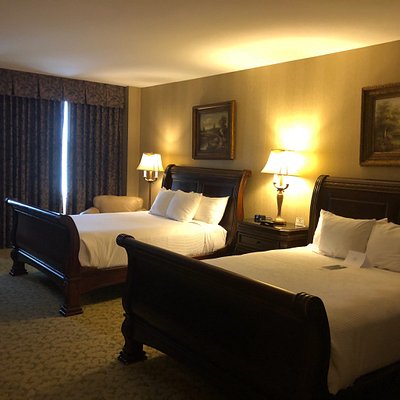 Alisa was the sweetest front desk clerk. She always had a smile, was very friendly and helpful. She went above and beyond to help us. Definitely made our stay much better. We would stay again just because of her. Our room and the hotel was super clean. Overall a 10/10! Thank you Alisa for making our anniversary stay even more amazing!

This review is the subjective opinion of a TripAdvisor member and not of TripAdvisor LLC
amanterre1
Strawberry Plains, Tennessee
237
Reviewed 23 September 2019
Not terrible but watch a few things..

My wife and I stayed here while we were in town at the VA for an emergency room visit I had. We wanted to have a room in case I stayed in the hospital so she could get rest and clean up etc. We booked on Expedia, paid them, then upon arrival we were charged a separate and different rate to our credit card. We ended up making some calls to Expedia and they contacted sleep inn and we received the additional charge back within a few days. The room looked fairly nice but really stunk with the odor of cigarettes and old beer. The beds we're very hard. The room appeared clean except for the odor which was bad enough it never became unnoticeable. We arrived home smelling like the room to our family. Also there were several family members of the owners hanging around smoking outside all night. Sitting on towels. That was a little strange and uncomfortable to see. Then they start waking you up a few hours before checkout with accidental room checking. If you can deal with that then stay at sleep in. If not them go elsewhere.

This review is the subjective opinion of a TripAdvisor member and not of TripAdvisor LLC
RonT540
Greenville, South Carolina
1332489
Reviewed 10 September 2019
nice budget hotel

Has been years since I stayed at a Sleep Inn. We checked in at 11:30 pm, left in the morning about 8. Mediocre breakfast buffet. Quiet clean comfortable king bed room. They allow pets (we had our small dog with us).

This review is the subjective opinion of a TripAdvisor member and not of TripAdvisor LLC
janek564
Kennesaw, Georgia
71
Reviewed 4 August 2019 via mobile
Great place

This SleepIn is very nice. conveniently located near I-26. Not far off of I-81. Everything is clean. Staff is very friendly. This will be our go to place when we visit Johnson City, TN. In fact we were so impressed we got information about the city to have a reason to come back.

My grandmother had a double mastectomy so I came home from UTC. I had called prior to the reservation and Tony was not knowledgeable at all. When I arrived in JC from Chattanooga I was denied a room for having a local address on my license. Tony was rude and disrespectful. I told him I was paying cash and would leave my card on file for incidentals, he proceeded to say I needed to give $150 deposit. When he looked at my license he blurts “We don’t rent to locals”. Um what in the world? I know there’s plenty of drug addicts and other people up to no good trying to rent a room, but let’s be real, my appearance does not indicate any of the above in the slightest. I was going to show him my Mocs.Net account from UTC to show I’m actively a student but I should not have to do that and I did not. Tony is clearly only cut out to hit a “night audit” button. The people in the lobby kept telling him they were there for Sullivan East football, but he continued trying to give directions to ETSU. Lucky for those people I gave them the correct information. I previously worked for a Choice Hotel and this was absolutely unacceptable. Will not recommend to anyone. On top of all of that and being denied the room, I had to wake my grandmother (who had surgery this week and the reason I came into town in the first place) up out of sleep. The whole reason I got the room is I knew it would be late when I arrived. Never again!