US$90
US$74
View deal
Booking.comUS$74
FindHotelUS$74
TripadvisorUS$74
Travelocity
eDreams
Lol.travelUS$90
View all 19 deals
Prices are provided by our partners, and reflect nightly room rates, including all taxes and fees known to our partners. Please see our partners for more details.
Payments made by partners impact the order of prices displayed. Room types may vary.
JefferyN15
Macclenny, Florida
2

OMG!Go anywhere else. Run away.

There are SO many bad things that I could say about this place. Non-smoking rooms smell like ash trays. Cigarette burns in the blankets. Dirty sheets on slept in beds. Rooms look like they are only cleaned once a month, at most. Crud on the furniture, muddy footprints on the bathroom floor. Shower head has hard water stains and mold leaking out of, and covering the water jets. And now the good things. ⁰

Trip type: Travelled with family
See all 166 reviews
Payments made by partners impact the order of prices displayed. Room types may vary.
Nearby Hotels 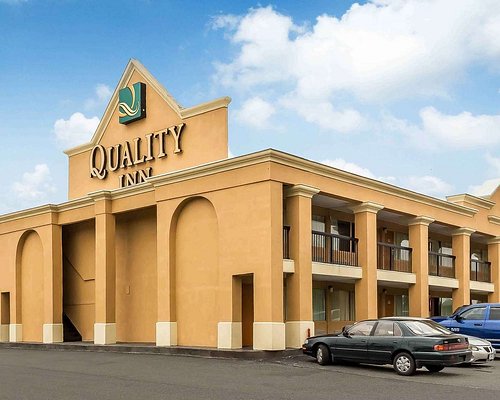 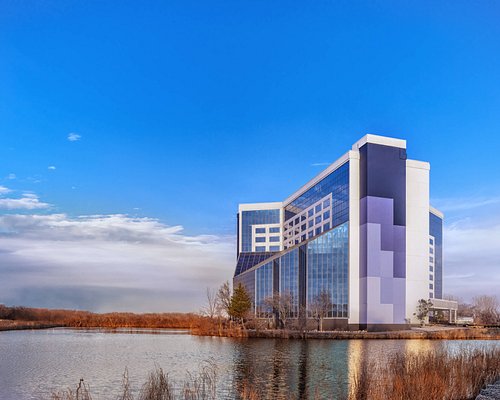 Delta Hotels by Marriott Philadelphia Airport
US$147
US$119 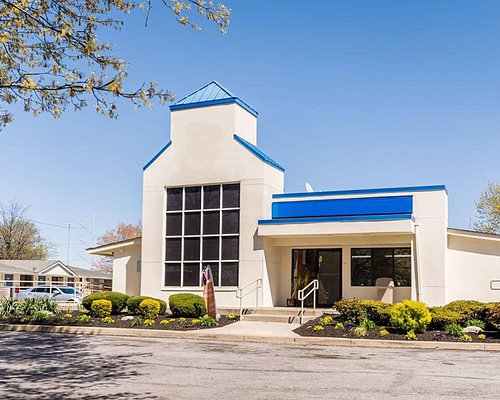 I don’t know what I expected when my son’s team chose this hotel, but I guess I hoped for a clean bathroom, a working bathroom door knob, and a cleaned out fridge/freezer. I was offered some fireworks by the folks smoking weed next door, hence the 1 star.

This review is the subjective opinion of a TripAdvisor member and not of TripAdvisor LLC
jeffreyof
Temple, Texas
4337
Reviewed 31 December 2019 via mobile
Ok stay

This was an okay place to stay for the price. The building was a bit confusing to find and enter. Got there late but had made reservations ahead of time and didn’t scope place out before making reservations. Room looked clean and bed was comfy but that was about it. There was no remote for TV , the window appeared to been recently fixed as broken glass surrounded the window frame and no one bothered to clear the glass around the edges. I was not made aware of breakfast which was at an adjacent hotel ( quality inn). The breakfast was edible but I only stayed one night.

This review is the subjective opinion of a TripAdvisor member and not of TripAdvisor LLC
Dina R
12
Reviewed 20 November 2019 via mobile
Mice in room, horrible

Room dirty, mice in room, went and told front desk took 2 days to switch rooms, after speaking to a manager he refused to comp is not even one night, agreed to give us a 20 percent discount, to which they increased our rate after staying in hotel for 3 weeks, we ended up with a $5.00 discount for 2 days with mice in room, When I got upset about the discount I was told to leave by front desk!! Another woman was behind the desk that kept telling me to leave, then a man came into lobby from behind desk; yelling in my face!! Unacceptable behavior by staff, I have never been treated so poorly, when reporting Angela and Paul to the manager Brad, I was told that I was abusive to the staff and he was glad I was checking out the following day that I was not welcome, lol they had no mouse traps, staff was very rude, I ended up cleaning my room everyday myself, this was the worst hotel experience by far I have ever had, I also spoke to people in rooms that were close to mine that said they had mice as well, so disgusting and the sad thing is hotel has no intentions in addressing the problem, I had to rate this as a 1 bc I had no option of giving it a zero

This review is the subjective opinion of a TripAdvisor member and not of TripAdvisor LLC
877peterz
Altamonte Springs, Florida
3159
Reviewed 27 October 2019
Great location ... little else ...

This EconoLodge has a great location if you want easy access to the Philly airport --- but little else. "Shabby" is a good word for the place. The rooms are nominally clean, but the TV in my first room didn't work; there was no TV remote in my second room, and the paper-thin blanket in my third room (egad!!!) was paper-thin. (At least the TV worked. With a remote!)
The south staircase is falling apart and probably wouldn't pass a building code inspection; the front-desk woman was very nice but relatively useless ("I'm sorry, we've had a lot of complaints tonight and I've tried to reach the manager but couldn't get him."). Lots of things that could / should be improved with just minor maintenance.
I wasn't expecting the Ritz, and I certainly didn't get it. But "functional" would beat "shabby."

This review is the subjective opinion of a TripAdvisor member and not of TripAdvisor LLC
cbtoybox
Hanover, Pennsylvania
114
Reviewed 23 October 2019
The most disgusting hotel

Several of my friends decided to go to see The Who and we needed a place to stay. There were 2 other couples. When we booked our rooms, they each got a King bed and my hubby and I ended up with 2 double. So they were downstairs and we were upstairs. Upon arrival check in was rough. Our rooms were not ready so we hung out in the parking lot. We noticed there were no parking places and with 3 vehicles we were lucky to all find a place to park. We specifically asked for non smoking rooms. When my husband and I walked up the steps to get to our room, we were aware of cigarette butts all over the steps along with a lot of other trash and spilled drink stains. We got to our room and it stank. We also noticed behind the door, it looked like someone threw a drink on the wall and left it there. Spilled brown substance. The chairs were worn and torn and the backs were way out of shape. I pulled the cover down from the bed and it was filthy. We went downstairs to ask for clean sheets and while we were in line waiting, another couple came in and asked for a different room. They were told they were full and could not give them one. He said then can you at least clean the one we are in.. there are no sheets on the bed. Fast forward, we went to the concert in 2 vehicles. After the concert, we got to the parking lot and there were no parking places. This was around 2AM. We got the guy in the office to show us where we could park and he directed us to a fire lane. We were worried all night that we would be towed. Sleep was not happening. The stink in the room of cigarettes and something that they tried to cover the smell with kept me up. My throat was raw. The bathroom was so dirty, you needed a shower after your shower. In the morning, I threw away my Pajamas and we quickly showered, dressed and checked out. My advice would be to run away from this place quickly and find another place to stay.