Timberline Lodge
Lock in the lowest price from these sites

Booking.com
Expedia.com
Timberline Lodge
View all 14 deals
Prices are provided by our partners, and reflect nightly room rates, including all taxes and fees known to our partners. Please see our partners for more details.
Payments made by partners impact the order of prices displayed. Room types may vary.
krympays
Marrakech, Morocco
4

Amazing history, a building to marvel at, gorgeous surroundings, hot tub and pool, friendly staff, great local craft beer, intimate rooms, no room 237 but The Shining plays on a loop beginning at 10:00 pm in great room.

See all 1,439 reviews
Payments made by partners impact the order of prices displayed. Room types may vary.
Nearby Hotels 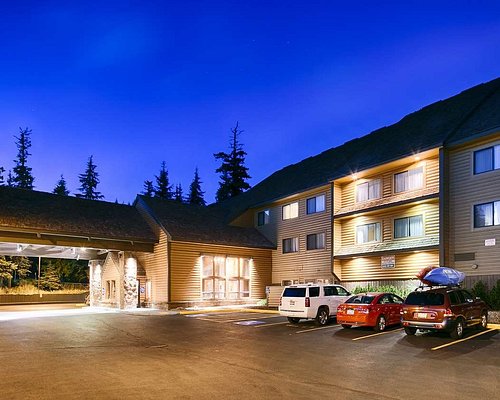 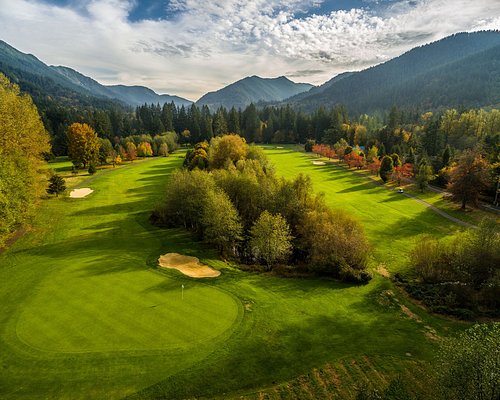 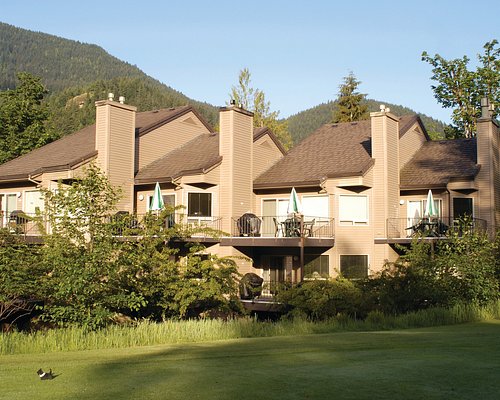 Enjoy the uniqueness of the Timberline lodge, built by the WPA in the late 1930s. So many beautiful details throughout the lodge. Make sure to check out the displays and learn the history. Has a great brunch as well.

This review is the subjective opinion of a TripAdvisor member and not of TripAdvisor LLC
PaulO620
Minot, North Dakota
502181
Reviewed 29 July 2018 via mobile
Beautiful Lodge

The Tinberline Lodge is a beautiful building, built by the CCC, during the depression area of the 1930’s. It is warm and welcoming with large fireplaces and rustic huge open wood beams. It was open and roomy but can’t keep up with today’s demand. To stay now make reservations well ahead. The people were wonderfully helpful and kind. There are 4 places to eat onsite so you don’t have to drive down the mountain to eat.

My family and I ate at the Cascade Dining room 1 night and the Ram’s head the next night. The Cascade dining room is the fine dining restaurant. I must say it was underwhelming. My son and I split the $40.00 steak. It was tough and very average. My wife had the scallops which were pretty good. My 10 year old had a kid’s meal for $18.00. It was probably the best value.

The Ram’s Head was just plain terrible.
My 17 year old and I both ordered the short ribs while my wife had venison. I truly believe that the short ribs were in fact nothing but some cheap cut of chuck roast. The meat had been cut off the bone, so it was really impossible to tell what it was. The meal was so bad that I complained to the manager, who to his credit, did not charge us for our dinner.
My 10 year old had a jelly sandwich. The kids meal selections were miserable.
We had enjoyed a very good loaf of sourdough at the Cascade dining room the night before, so I asked the waiter if the bread on the Ram’s menu was the same.
He said it was. We got 4 stale pieces of bread instead of a loaf.

This wonderful old lodge really needs to step up the dining options.
I was extremely disappointed.

Actually the best meal we had was lunch at the Blue Ox. The Caesar salad was very good as was the pizza.

I noticed a lot of people having pizza outside instead of dining in the over priced
Marginal full service restaurants.

My advice is to take your own food or eat at the Blue Ox, but it closes at 8:00PM.

Hi David, thank you for taking the time to review the restaurants at Timberline Lodge. We appreciate your valuable feedback. Our Executive Chef and Sous Chef have been made aware of your disappointing meals so that they can address these issues with the kitchen staff of the Cascade Dining Room and Ram’s Head. Our restaurant menus aim to reflect the bounty of incredible food that is grown in the Pacific Northwest and change with the seasons. We apologize that you didn’t get to enjoy some of our menu items at their best…we are as disappointed as you are that you didn’t have the ideal Timberline Lodge experience. Thank you again for your honest review. We hope you’ll give us another opportunity to redeem ourselves. At Timberline Lodge we are proud to be your host!

Report response as inappropriateThank you. We appreciate your input.
This response is the subjective opinion of the management representative and not of TripAdvisor LLC
All4vacations
Jamaica
3420
Reviewed 28 July 2018
Great views, relax-unwind.

Stayed 2 nights as the culmination of our SF/Oregon family vacation. Quick check-in, nice mountain view room, great to be able to have many options all in the lodge. We were there for their heat wave and had 87 deg at the lodge-tough to sleep at night (with no AC) but the hikes wore us out. There are few nights you might need AC-we were there for 1 of them!

Only complaint was the 'heated-pool'. They turned off the heat for the heat wave yet the pool was too cold for most to go in-stay and enjoy. We were told it was 78, all agreed that it was closer to 70-my pool at home is 80 so it was too cold to use- very disappointing.

This review is the subjective opinion of a TripAdvisor member and not of TripAdvisor LLC
Ron_Lyster
Santa Monica, California
144
Reviewed 26 July 2018
Historical and decent. By most standards, not fabulous, but this isn't a "normal" place.

We were in a small room on the same floor as the dining room. Bathroom was small/. No AC - but it isn't normally needed. After all, there is snow skiing year-round just up the mountain. Food was better than average. The best part of this place is its history - especially if you admire the "New Deal" of Franklin Roosevelt. There is a ranger stationed right in the hotel, who reminds you that you own the place (because the government has title to it). He won't tell you about how it was run down and needed a major overhaul in 1954, in spite of the fact that it was closed during WW2. He won't tell you about how private companies, individuals, and non-profits, help run the place. It seemed as if his ideal would be for the government to own everything - then you would "own" everything. I think that's been tried many times before and has always failed big time. (The ranger's apology for our president and his comment about FDR being a "real" president were appreciated by some, I suppose.)
The 3 out of 5 rating I gave this place was for its unique history, which is fascinating. (I didn't deduct or add anything for the ranger's political opinions.) Taking the ranger tour is worthwhile (in spite of the ranger's short-comings) if only to learn about how this place was constructed and by whom. The rooms are "authentic," making you feel like it was 80 years ago. Without this history and authenticity, at the price charged here I might have gone to a 2 out of 5 rating. That's not to say the people were in any way deficient - all were friendly, if at times not the most attentive.