Fine option if you don’t need to be on... - Review of Comfort Inn and Suites Lincoln City

Comfort Inn and Suites Lincoln City
Comfort Inn and Suites Lincoln City
Lowest prices for your stay
Lock in the lowest price from these sites
US$143
US$129
View deal
Expedia.comUS$129
Comfort InnUS$129
PricelineUS$129
Hotels.comUS$129
FindHotelUS$129
ZenHotels.comUS$143
View all 20 deals
Prices are provided by our partners, and reflect nightly room rates, including all taxes and fees known to our partners. Please see our partners for more details.
Payments made by partners impact the order of prices displayed. Room types may vary.
Ida M
Salem, Oregon
268

Good value for Lincoln City. Very nice room, comfortable bed and spacious bathroom. Parking lot was confusing and very tight. On busy Hwy. 101 but it was quiet. There was even a sliding glass door to a little balcony- no view, but nice to have the option of fresh air. I would definitely stay here again when in the area.More

Show less
Room tip: Not for huge vehicles, also not for someone who wants to be adjacent to the beach.
Trip type: Travelled solo

Dear Ida,
Thank you for taking the time to share your comments on your recent visit with us. It is a pleasure to know that we were able to provide you with a comfortable and convenient place to stay while you were in the area. Value and comfort are what we strive for. All the best, and come back soon!

Report response as inappropriateThank you. We appreciate your input.
This response is the subjective opinion of the management representative and not of TripAdvisor LLC
See all 449 reviews
Payments made by partners impact the order of prices displayed. Room types may vary.
Nearby Hotels 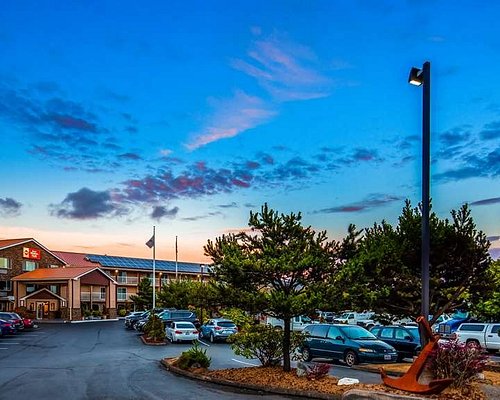 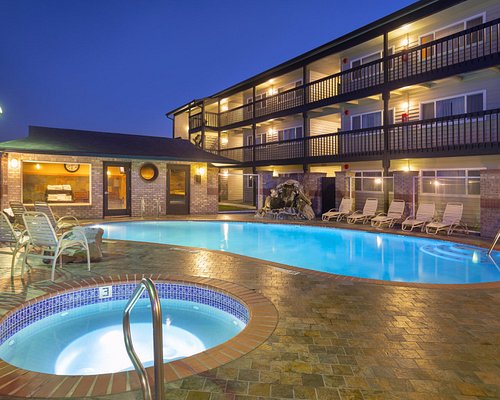 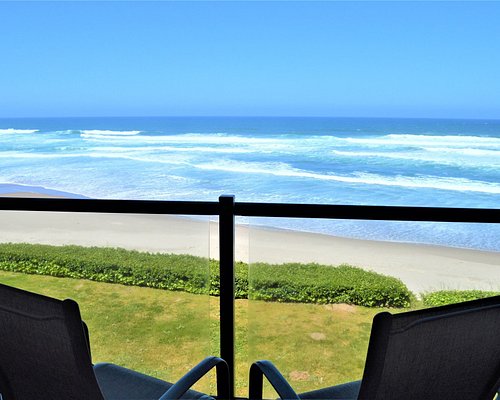 Taking safety measures
We compared the lowest prices from 12 websites
Breakfast included
Best Western Plus Landmark Inn
US$122
Booking.com
View deal
Reserve now, pay at stay
Expedia.com
US$122
Priceline
US$122
BestWestern.com
US$122
View all 21 deals from US$122
917 reviews
4.0 km from Comfort Inn and Suites Lincoln City

Taking safety measures
We compared the lowest prices from 21 websites
Ashley Inn and Suites
US$119
Booking.com
View deal
Free cancellation
Expedia.com
US$119
Tripadvisor
US$119
eDreams
View all 19 deals from US$119
973 reviews
2.5 km from Comfort Inn and Suites Lincoln City

Supposedly the entire hotel is non-smoking but the room we reserved definitely smelled strongly like smoke. They didn’t apologize or offer to switch rooms, they only offered a refund because they knew it was 4th of July weekend and we wouldn’t be able to find a new reservation last minute. To switch to a different room we had to pay an extra $70/night and it still smelled like they just sprayed something in there to cover the smell of smoke.

There were boogers on the curtains to the sliding door. We immediately told the front desk and they did nothing about it. They are still operating at limited capacity breakfast even though Covid restrictions have been lifted for the state.

They only had two towels in the room. When we called down to the desk for more towels, they told us we had to come to the front desk to get more. When we went to pick up the towels, they were sitting on top of the desk manager’s computer - not a sanitary place to put towels. They have teenagers cleaning the rooms, which in and of itself isn’t bad (but probably explains the lack of cleanliness) but one was wearing a backpack. Do not leave your valuables in your room!

The clincher that made me write this review is that right before 10pm the cable and WiFi both magically turned off at the same time, for the entire hotel. It still wasn’t back on when we left this morning.

I can’t believe we paid over $1000 for two nights for this lack of hospitality and such a uncomfortable stay. Save yourself and stay anywhere else.

We're saddened to learn you did not enjoy your visit. Please accept our apologies for any concerns about cleanliness as well as for any issues with the towels and WiFi. Feedback from guests like you helps us improve, and we'll look into your comments further. We hope your next trip is more enjoyable.

Report response as inappropriateThank you. We appreciate your input.
This response is the subjective opinion of the management representative and not of TripAdvisor LLC
180stacis
1
Reviewed 26 June 2021 via mobile
Friendly staff

We had a great 3 night stay here. Staff were very friendly and welcoming! Room was great. Just walk across the street to the beach. Nice location. Breakfast was good. Clean hot tub and swimming pool! Thank you!

Dear Staci,
Our team at Comfort Inn and Suites Lincoln City is thrilled you enjoyed your recent stay with us. We are glad you found our staff accommodating and welcoming, your room clean and comfortable, and enjoyed our breakfast service. We agree our location is easily accessible to the beach! We love to see familiar faces and would welcome a return visit from you!

Report response as inappropriateThank you. We appreciate your input.
This response is the subjective opinion of the management representative and not of TripAdvisor LLC
IngBorn
1
Reviewed 23 May 2021
Room Not Clean

The room was not vacuumed, the chair wasn't clean, an old coffee pod was still in coffee maker from previous guests, and crumbs of food found on countertops and around fridge and microwave. We let the front desk know, and we were told that they were sorry that they were short staffed. Not an acceptable excuse in my opinion. I will not be staying at this hotel ever again.

The issues you raise are important to us. Please accept our apologies for any concerns about cleanliness as well as for any disappointment with how it was handled. We'll look into this further, and we hope your next trip is more pleasant.

Report response as inappropriateThank you. We appreciate your input.
This response is the subjective opinion of the management representative and not of TripAdvisor LLC
M3640GRchristinas
2
Reviewed 25 April 2021 via mobile
National Husband Appreciation Day

I surprised my hard wrkn husband with a jacuzzi suit mid week stay. As always im never disappointed with the staff or my room. I will continue to only stay here when visiting all though covid has their wonderful breakfast at a halt they do offer a reasonable substitute that isn't a continental breakfast

This review is the subjective opinion of a Tripadvisor member and not of TripAdvisor LLC.
Night_Eyez73
1
Reviewed 10 April 2021 via mobile
Weekend away

Great place to get away! The room was clean, smelled great, and the employees were friendly! Loved the jacuzzi room! We've been back several times! Parking was adequate and we loved the view from the third floor.