Motel 6 Grants Pass
Lowest prices for your stay
Lock in the lowest price from these sites
US$55
Free cancellation until 13/03/21
Reserve now, pay at stay
View Deal
Hotels.comUS$55
PricelineUS$55
Expedia.comUS$55
Agoda.comUS$55
TravelocityUS$55
CheapTicketsUS$55
View all 14 deals
Prices are provided by our partners, and reflect nightly room rates, including all taxes and fees known to our partners. Please see our partners for more details.
Payments made by partners impact the order of prices displayed. Room types may vary.
I8416UCanag
1

Great place to spend the night

Terry was amazing! Thanks for your excelent service We arrived at the hotel and had a problem with checking in. Despite waiting 30 minutes Terry was super friendly and helped us solve the problem. The room was super nice and the beds comfortable.

Trip type: Travelled with friends
See all 122 reviews
Payments made by partners impact the order of prices displayed. Room types may vary.
Nearby Hotels 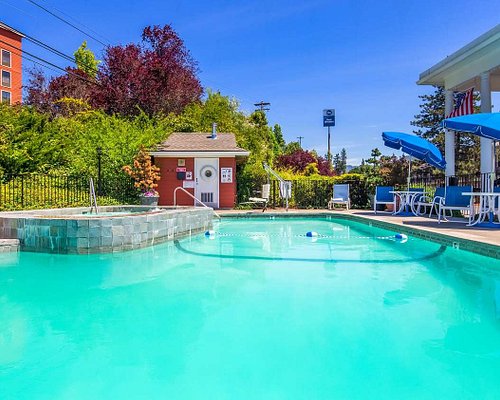 Breakfast included
Red Lion Inn & Suites Grants Pass
US$100
US$68
Booking.com
View Deal
Agoda.com
US$68
Priceline
US$68
ZenHotels.com
US$100
View all 17 deals from US$68
21 reviews
0.2 km from Motel 6 Grants Pass
We compared the lowest prices from 17 websites 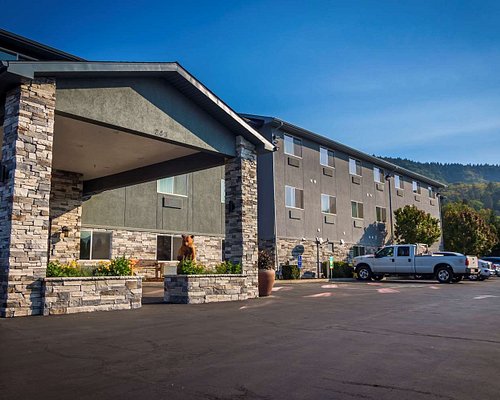 The manager is rude and handled the prepaid reservation poorly..Cockroachs in room..drain in sink was clogged..floors dirty.. Suggest you avoid this nightmare..When I submitted an honest review to Google the manager, Jessica, called me and told me she was calling the police to have me kicked out for giving that review..does this sound like a hospitable place..ahhh..NO!!!

This review is the subjective opinion of a TripAdvisor member and not of TripAdvisor LLC
dieRotkehlchen
Portland, Oregon
1818
Reviewed 3 September 2020 via mobile
OMG what a horrible place

The room was lousy. Not clean, including a ring around the shower (??!!). But for $60, I thought I could deal for one night. However, the A/C didn't work. It was 100° in this town today, and the room was hot after direct evening sun. The AC put out a teensy bit of cool air, but not cold, even on it's lowest setting & highest output; there was no way the room would get to a reasonable temperature in hours even. When I called to complain, they said they didn't have a fan & I could move to a 2-bed room for a surcharge. There was no way I was going to pay more, *especially* if that's what they call "working" A/C.

Percy, at the front desk, was unable or unwilling to do anything & said there was no manager before 10:00 the next day. He was a pretty serious jerk (aside from not being empowered to help), so I was a little jerky back, which is not my usual nature. But this was lousy even for Motel 6.

$60 is very cheap, but in this motel, it's TOO cheap. I'm not surprised TripAdvisor calls then the second-worst motel in the city, and may God be with those who stay at someplace worse.

P.S. the Hampton Inn is 3 blocks away and even though it's costs twice as much, it's TOTALLY ABSOLUTELY WORTH IT. Superior in every single measurable way.

Thank you for taking the time to share your review. We are committed to provide a comfortable night's rest and are disappointed to learn that we fell short of your expectations. On behalf of Motel 6, we would like to apologize that your stay was less than satisfactory. We are committed to guest satisfaction and appreciate you taking time to review your experience.

Report response as inappropriateThank you. We appreciate your input.
This response is the subjective opinion of the management representative and not of TripAdvisor LLC
Craig M
Pleasanton, California
34672
Reviewed 9 August 2020
Loved the hotel.

Loved the hotel. It was super packed and people everywhere... Looked like a lot of homeless people staying here... Maybe some covid thing. Honestly I was a bit scared that my car or room would get broken into. But the rooms were super clean and we couldn't her any noise. No problems. loved my room

Hi Craig,
Thank you for sharing your review. We are glad you enjoyed your stay! Until the next time, We’ll Leave the Light on For You!

Report response as inappropriateThank you. We appreciate your input.
This response is the subjective opinion of the management representative and not of TripAdvisor LLC
U1729MUericl
Marine City, Michigan
1
Reviewed 28 May 2020 via mobile
The manager was very rude!

The manager went out of her way to be very rude to me not once but twice, and the room was far from clean upon check in. I suggest you look for different accommodations. I will NEVER stay at a motel 6 again after this demeaning experience.

On behalf of Motel 6, we would like to apologize for the inconvenience you incurred while our guest as this is not our standard. We are committed to guest satisfaction and appreciate you taking time to review your experience. Thank you for bringing this to our attention.

Report response as inappropriateThank you. We appreciate your input.
This response is the subjective opinion of the management representative and not of TripAdvisor LLC
Jennifer C
2
Reviewed 28 February 2020
Not Friendly to Black Truckers

We regularly stay in Motel 6 across the country and this one is by far the worst. We drive a Pickup truck and a short flatbed trailer. We always call ahead to confirm there is parking available for our trailer as we did last night, but once we arrived and the lady at the front desk saw that we were an interracial couple (he’s black and I’m white), she told us that we can’t park on their property. Now, it’s a Thursday evening, almost 9:00pm and we would be gone by 7:00am. Their parking lot is almost empty and PLENTY OF ROOM for six pickup trucks and trailers, plus two dozen more cars, but she said we had to park it a block away on the street. She said we wouldn’t be able to maneuver in their parking lot (though we did just fine). As we are pulling out we see another truck and flatbed trailer parked on the other side of the motel so we called her and asked why they were allowed to park there and she told us it had nothing to do with us. Instead of yelling profane language at her and calling her out on the obvious discrimination, we drive down to the Autozone and ultimately park there because the ladies there were super nice. SOOOO when we wake up and walk out of our room this morning, there’s a U-Haul pulling a car trailer parked exactly where we had parked AND taking up more room than we had parked because that driver obviously doesn’t know how to park a trailer. I literally never play the race card, have never written a review complaining of racism, but this is pathetic. This really puts a sour taste in my mouth in regards to the Motel 6 franchise. IN ADDITION, the room smelled nasty and stale, had no chairs around the table so we had to eat our dinner in the bed, there was piss and toilet paper in the toilet and it looks like it hasn’t been cleaned in over a week, the television volume didn’t work, and the bathroom ceiling was dripping yellow water on me and all stained.

Thank you for providing your feedback. Your experience is definitely not our standard of service. We appreciate you bringing this to our attention, and would like to discuss your experience further. Please use the Contact Us feature at motel 6 dot com to connect with us.

Report response as inappropriateThank you. We appreciate your input.
This response is the subjective opinion of the management representative and not of TripAdvisor LLC
View more reviews
PreviousNext
12…21