Campus Inn & Suites, Eugene Downtown
Lowest prices for your stay
Lock in the lowest price from these sites
US$212
Free cancellation until 26/06/21
View deal
TripadvisorUS$212
Hotels.com
Expedia.comUS$212
PricelineUS$212
eDreamsUS$212
FindHotel
View all 14 deals
Prices are provided by our partners, and reflect nightly room rates, including all taxes and fees known to our partners. Please see our partners for more details.
Payments made by partners impact the order of prices displayed. Room types may vary.
NomadicWerdna
3624

The older gentleman that ran the front desk was great, he even told me about the Tech N9ne concert that was happening that night. All of the women that clean the rooms were very pleasant and complimented me on my awesome sweatshirt room was clean, breakfast good typical hotel breakfast but hot and fresh, the location is right in downtown Eugene and a close walk to anything and everything you may need. I'm a customer for life! Highly recommendedMore

Our hearts overflow with joy for all the kind and flattering words you wrote. Can't thank you enough for this amazing review. We are indeed grateful that you find our place excellent and comfortable. Thank you for your awesome compliment to our staff, location and high standards of cleanliness and hospitality. We thank you so much for your five-star rating and we look forward to your next visit.﻿

Report response as inappropriateThank you. We appreciate your input.
This response is the subjective opinion of the management representative and not of TripAdvisor LLC
See all 256 reviews
Payments made by partners impact the order of prices displayed. Room types may vary.
Nearby Hotels 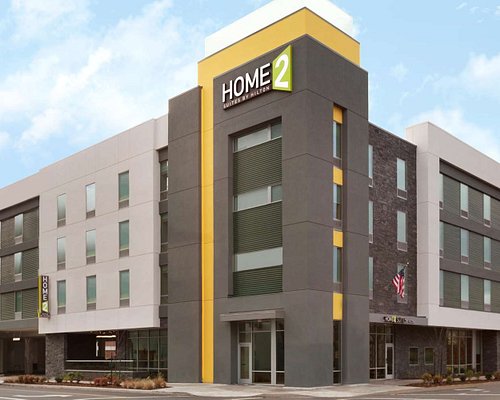 Motel is centrally located between downtown (about 1/2 mile from the Amtrak station) and UO campus. Was in town for a marathon training run, and the staff was very accommodating for my late checkout request. Room was clean and comfy, and breakfast had what I needed (oatmeal, bagel, coffee, juice plus waffles/muffins/fruit for those who wanted that).

Thank you for taking the time to share your review. We are glad that you had a wonderful experience. Thank you for your kind review and compliments to the staff, breakfast and our loction. We seek to give each guest a very comfortable and accommodating experience and we are thrilled to hear of our success in this ambition. Thank you for your five-star rating and we hope to serve you again in the future.

Report response as inappropriateThank you. We appreciate your input.
This response is the subjective opinion of the management representative and not of TripAdvisor LLC
J M
Taipei, Taiwan
1920
Reviewed 14 April 2019
Low-keyed and nice

I stayed at the Eugene Campue Inn & Suites upon arriving in Eugene to scout out a place to live. The motel is downtown, on a major street, and convenient to the good things Eugene has to offer. The rooms are pretty much what one expects these days, so what makes the facility stand out is the staff. These people were gracious, informative, and professional; perhaps they were the owners? A person desiring to explore Eugene's compact downtown, including its fabulous Saturday market (which, from personal experience I can attest has been going on since 1976, at least) can do so with ease from the motel. Not only that, but the Eugene City Library is not far off, on the other side of downtown. Local people are justly happy with this library. When have you ever seen a public library that not only is open Sunday, but packed all the other 6 days a week? Eugene is more-or-less at the head of the Williamette Valley, which makes access to the coast, the high country east of the Three Sisters, and urban areas up the Williamette easy. The College Inn and Suites is a good place to stay. Of course, UO is in Eugene, so the attractions of a major university are not far off.

Thank you so much for your warm review and compliments. We are delighted that your family enjoyed their stay and appreciated our place and our staff. I am glad that you enjoyed the value and we were able to provide you with a comfortable experience. Thank you for your rating of the five-star service, hospitality and accommodations you experienced during your recent stay with us! Thank you and we hope that you choose our hotel again!

Report response as inappropriateThank you. We appreciate your input.
This response is the subjective opinion of the management representative and not of TripAdvisor LLC
jjhorn541
Medford, Oregon
22
Reviewed 14 November 2018
Close to Autzen

We booked here through Groupon and had a nice stay. The staff was very accommodating and changed our reservation day last minute for us. Even was able to add a pet last minute too. Room was clean with comfy bed and close to downtown and Autzen stadium. Two thumbs up!

Thank you so much for sharing this experience and giving us the opportunity to recognize our staff for exemplary work. We are so glad to hear from you and to learn that we were able to give you a pleasant, comfortable and convenient experience while staying at our hotel near at the Autzen. We can't wait to give you another five star experience!

Report response as inappropriateThank you. We appreciate your input.
This response is the subjective opinion of the management representative and not of TripAdvisor LLC
Shawn7295
Salt Lake City, Utah
21792
Reviewed 7 November 2018 via mobile
Nice hotel close to campus

I stayed at the Campus Inn last weekend when I visited my son at the University of Oregon. It is centrally located, quiet & well run. It is very clean and has free breakfast. I will definitely stay here again next time I go to Eugene!

Thank you so much for choosing Campus Inn & Suites, Eugene Downtown Hotel during the time you visited your son. We are so glad to hear from you and to learn that we were able to give you a pleasant,
comfortable and convenient experience. We love having families around and I hope you come back to spend another wonderful time with us.

Report response as inappropriateThank you. We appreciate your input.
This response is the subjective opinion of the management representative and not of TripAdvisor LLC
Kirk A
5429
Reviewed 14 October 2018 via mobile
nice location, good rooms and reasonable price

Came into town to see a band at the local theater and it turned out there was an Oregon Ducks game the next day. So the hotel was obviously very busy but the staff did a great job and check in and the Falls check out. Rooms were good size and clean. Right across the street from Whole Foods.

Your positive review means a lot to us Kirk A . We thank you for your comments regarding the cleanliness of our property and our great value. On behalf of our entire staff, we appreciate your stay and we look forward to seeing you again when your travels bring you back to Eugene Downtown City! Kind regards.