I love this place - Review of Residence Inn Eugene Springfield

Residence Inn Eugene Springfield
Lowest prices for your stay
Lock in the lowest price from these sites
US$299
Free cancellation until 04/07/21
Reserve now, pay at stay
View deal
PricelineUS$299
Expedia.comUS$299
Hotels.comUS$299
Residence InnUS$299
eDreamsUS$299
Orbitz.comUS$299
View all 16 deals
Prices are provided by our partners, and reflect nightly room rates, including all taxes and fees known to our partners. Please see our partners for more details.
Payments made by partners impact the order of prices displayed. Room types may vary.
Dick298
Okemos, Michigan
52

I love this place

I'm going to keep this short and sweet. Great lodging, great location near trails and a beautiful park. The staff is super, and the General Manager, Colleen, is absolutely the best. I can't even count the number of kindnesses extended to me. She has a loyal customer whenever I am in Eugene.

See all 281 reviews
Payments made by partners impact the order of prices displayed. Room types may vary.
Nearby Hotels 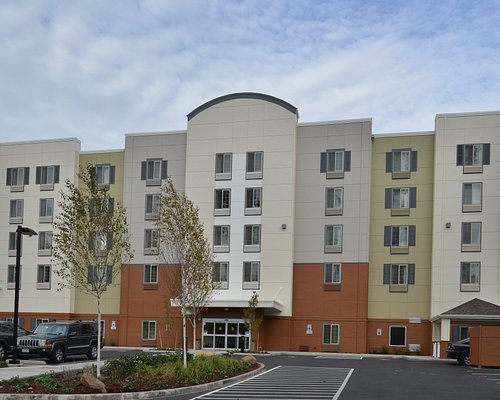 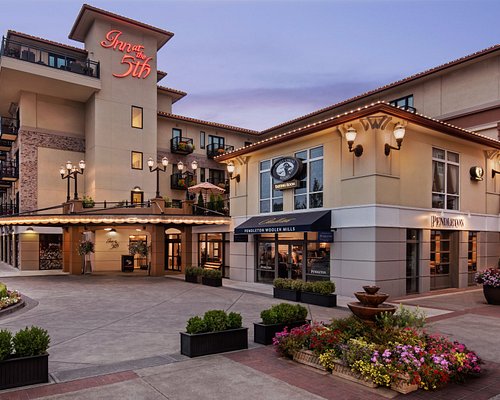 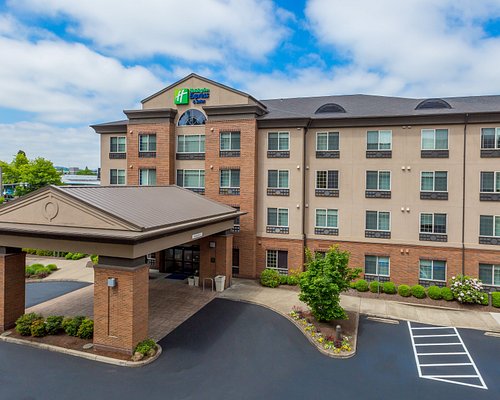 Taking safety measures
We compared the lowest prices from 16 websites
Breakfast included
Tru by Hilton Eugene
US$177
Booking.com
View deal
Free cancellation
Hilton.com
US$177
Destinia.com
US$154
Trip.com
US$197
View all 12 deals from US$154
17 reviews
3.4 km from Residence Inn Eugene Springfield

I made a serious oversight in my advance booking of this hotel in not noticing that none of the one and two bedroom suites have king beds. In fact, the only king suites are studios and are in the back. So, if you want a king bed, probably not the best choice for you. HOWEVER, this place was really nice, very clean and comfortable, with above average service, and the river view rooms are awesome. And it's pet friendly with a one-time charge no matter how long your stay. I saw that other reviewers mentioned some noise on lower floors so I asked for a third floor room and had no noise complaints.

It's hard to fully rate hotels during the pandemic since so many of the amenities are closed, but the breakfast area was large and comfortable and there were even some outdoor tables. The laundry room was open and the front desk can make change for you and has laundry soap and dryer sheets for a small charge. During my week long stay, I spent a lot of time in the lobby area eating my bagels and bananas because the rest of my family sleeps in and I liked to sit and read in the morning. I was pleasantly surprised that this place offered a pandemic breakfast checklist with bagels and cream cheese, yogurt, and fresh fruit. Just make sure you get your order in the night before (you can call it in if you want). Since I was there a week, I set up a standing order and it was ready for me in a brown bag at the desk every morning.

The best thing about this hotel (along with the river view) is the location. It's directly across the street from the Willamette, with easy access to miles and miles of bike paths and running trails. Alton Baker Park is huge and really lovely with interior canals and riverside running trails. I went for a five-mile run (from the hotel) with a local buddy and in one hour we experienced all aspects of Eugene weather, bright warm sunshine, a sudden downpour, cold whipping winds, and even some tiny little hail!

One afternoon, I walked across the bridge and through the UO area to my daughter's new house south of campus, and then back again. Really nice brisk 4-mile walk, which would probably be a lot nicer when you didn't have to wear a mask everywhere. McMenamins Restaurant & Brewery is just across the street -- I highly recommend the cajun tots and fish and chips, with a nice brewhouse IPA. Seriously good food and thankfully it didn't rain since outdoor seating was all that was available in February of 2021. But upside was that the outdoor seating is on a deck right on the raging Willamette River.

Jeremy,
Thank you for your great review of the Residence Inn Eugene. We are glad that you found the hotel clean and comfortable and that our service was above average! We are so happy you enjoyed your stay with us, and wanted to let you know that we do indeed have King beds in some of our Studio Suites and Two Bedroom Suites and we are happy to assist with making that reservation should your travels bring you back to Eugene in the future. Thank you for staying with us and we hope to see you again!

Report response as inappropriateThank you. We appreciate your input.
This response is the subjective opinion of the management representative and not of TripAdvisor LLC
AreWeHavingFunYet
Olympia, Washington
660395
Reviewed 10 February 2021
Very Nice and Roomy But A Few Oversights

We like the roominess of the Residence Inns when we travel. It's nice to have a fully equipped kitchen, separate living room, etc. The Front Desk staff was very good. A take-out breakfast was available, you just have to fill out the form the day before of what you want. Choices were bagels, yogurt, cereal, milk, fruit, juice. There was coffee and tea in the lobby, as well as a coffee maker in the room. The room was what we expected. However, ever since the pandemic began, we've stayed in several Marriotts, and each time Housekeeping seems to have missed a few things. Our room was nice and clean but was lacking dishwashing liquid and a sponge in the kitchen, a luggage rack, lotion in the bathroom. There was coffee in the kitchen, but both packets were decaf. And the view out one of the windows was of dirty panes covered in spider webs. Relatively small things that add up and are annoying, and that we had to take the time to correct. Location was great, very close to a beautiful park. There was some noise from the road and my husband said he heard the train in the middle of the night, but otherwise it was quiet. We were charged $4 for a bottle of water in the room, that yes, it was marked $4, but come on, Marriott, we're BonVoy Gold Elite members, you'd think they'd throw in a bottle of water or two.

Thank you for your review, we appreciate your feedback regarding some of the amenities missing from your room. We have taken extra precautions by removing as many touchable items as we can during the pandemic and have all of the items available upon request for our guests. We are glad you enjoyed our location near the park. Thank you for being a loyal Marriott Bonvoy Member and we hope that we see you again!

Report response as inappropriateThank you. We appreciate your input.
This response is the subjective opinion of the management representative and not of TripAdvisor LLC
CrAzYfUnFaMiLy247
Brookings, Oregon
7078
Reviewed 9 November 2020
Great stay, Clean rooms, Great staff. Always pleased with Marriotts

We've stayed at this hotel twice this year. Rooms are spacious, clean and beds are comfortable. Pool and spa was open even during covid. We just had to reserve our time. Staff was friendly. Will stay again.

We appreciate your kind review and are so happy to hear that you enjoyed your stay with us. The pool and spa will be open again this summer and that is always an added bonus! It is always nice to hear that you found the hotel clean and comfortable and that our staff was friendly. Thank you for staying with us and we look forward to serving you again on your next visit.

Report response as inappropriateThank you. We appreciate your input.
This response is the subjective opinion of the management representative and not of TripAdvisor LLC
travelerwmmary
Bremerton, Washington
27375
Reviewed 25 October 2020
Clean and Comfortable

Our two bedroom, 2 bath room was everything that we expected. The living area sofa had no pillows and was uncomfortable, part of COVID caution. Three TV’s. The kitchen was adequately set with enough to cook if we had wanted to do that. Breakfast in a box was enough for each of us to have a cold breakfast. COVID practices were at our comfort level. A nice overnight.

Mary,
Thank you for the great review, we are glad that you enjoyed your stay with us. We are sorry that you found the couch uncomfortable, we normally have pillows on the couch, however with COVID we removed them as they are not something that is easily cleaned between guests. The three TV's in the Two Bedroom Suites are a nice bonus too!

Report response as inappropriateThank you. We appreciate your input.
This response is the subjective opinion of the management representative and not of TripAdvisor LLC
JIMCHI
Sacramento, CA
190372
Reviewed 23 October 2020
Good basic hotel

We had a good, unremarkable stay. Hotel and our room were spotlessly clean. Our room was very quiet. Bed was comfortable. No breakfast was served due to the pandemic but they did offer a few items like English muffins which you had to order the night before and pickup at the front desk in the morning.