My wife and I thoroughly enjoyed our two-night stay and would return. We did not encounter any of the cleanliness issues mentioned by others. The owner, Tom Dvorak, is extremely pleasant and provides a lot interesting information regarding the area and its history. We enjoyed Tom's breakfast's and found the location to be very convenient.

See all 19 reviews
Payments made by partners impact the order of prices displayed. Room types may vary.
Nearby Hotels 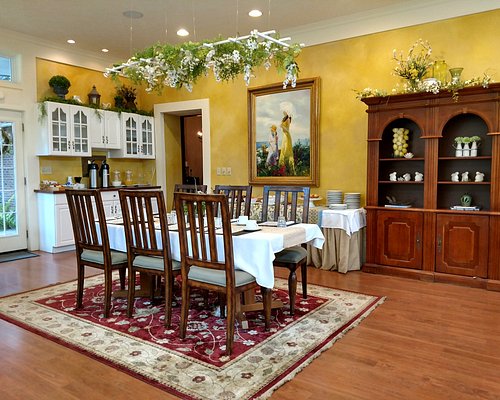 Breakfast included
Sponsored
The Mount Vernon Inn
US$156
Booking.com
View deal
Free cancellation
Reserve now, pay at stay
Priceline
US$156
Expedia.com
US$156
Hotels.com
US$156
View all 13 deals from US$156
403 reviews
We compared the lowest prices from 13 websites 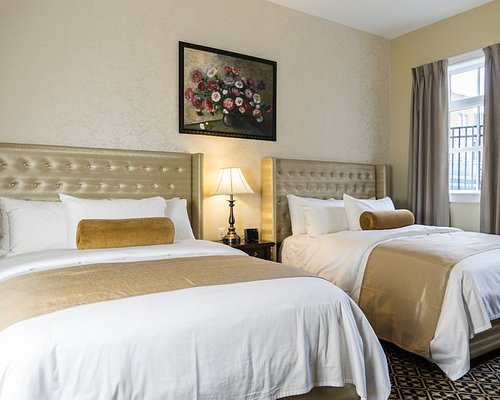 Breakfast included
The Mount Vernon Grand Hotel
US$146
Booking.com
View deal
Free cancellation
Priceline
US$146
Agoda.com
US$128
Hurb
US$150
View all 16 deals from US$128
319 reviews
0.3 km from The Russell Cooper House

A nicely decorated B&B but smell of mold and mildew throughout expecially in our room. Thick dust and cobwebs everywhere. Room was not cleaned in sometime. Bathroom was dark with litle light but mold in shower and toilet seat was broken.

Very nice stay at this B and B. Didn't see much of the owner as he was called away for a funeral. Breakfast was good. A full house so lots of interesting conversation.The Garden Room was a little dark and no outlets, but sufficient. Needs a little TLC, but nice. Within walking distance of downtown with a selection of shops.

This review is the subjective opinion of a TripAdvisor member and not of TripAdvisor LLC
MelPinChicago
Chicago, Illinois
13
Reviewed 5 August 2014
Cleaning needs to be a priority

We stayed in the Colonel's room for 2 nights, and I was very disappointed in the basics that were overlooked. Yes, the house is beautiful and well decorated, but first and foremost a room must be clean. Ours was not.

On arriving I was disappointed that the beautiful exterior I saw in pictures looked neglected. The walk was unswept and untrimmed. The porch was dirty, as were the windows. The house had a very musty odor, and our room, while neat and nicely decorated, was dusty and not well maintained. There was a huge cleanliness issue in that the bathroom sink faucets had soap spatters on them, and there was mold in the opening to the overflow. Even a casual cleaning would have taken care of these two items. The toilet had feces spatters in the bowl and under the seat--totally unacceptable. The bathroom was carpeted and dirty. Carpeting instead of tile? Any surface that could be washed between guests would be preferable. The window A/C unit was filthy: The vent had visible dust and dirt on the slats, and the filter was completely clogged. Dust was visible at the tops of the drapes. These last items are maintenance issues that should be addressed seasonally. The condition I saw suggests that they hadn't been cleaned in years. I've stayed in B&Bs in Wisconsin, Illinois, and Canada, and this was by far the most disappointing experience I've had.

Money spent to heat the house in August when the weather turns pleasantly cool overnight (yes, the heat was on both Saturday evening at 4pm when we checked in and back on, on Monday at 8am), might be better spent on hiring a cleaning crew.

Tom seems to be a decent person, but he probably could use a refresher on the importance of cleanliness, maintenance, and inspection.

This review is the subjective opinion of a TripAdvisor member and not of TripAdvisor LLC
693melissaf
Sarasota, Florida
181169
Reviewed 18 May 2014 via mobile
Perfect for the Antique Lover

Lovely historical home , meticulously restored. This 200 year old home is beautifully decorated with antiques.
Tom the proprietor serves a delectable breakfast.
The town has a great bicycle path, that was once a train bed. One can ride for miles.
We enjoyed our stay and look forward to returning.

This review is the subjective opinion of a TripAdvisor member and not of TripAdvisor LLC
MajDevo
Northern Virginia, Virginia
4816
Reviewed 15 January 2014
Wonderful Inn

I grew up about four blocks from the Russell-Cooper House and had never set foot in it until this visit. I was in town to visit my father and didn't want to impose too much on him, so I opted to stay somewhere in town. The Russell-Cooper house is a very warm and welcoming place, and it is situated in a great location. There is plenty of what I would call safe parking on the street. The downstairs is full of historical items and other memorabilia. The bedrooms that I saw all looked pretty comfortable. The one in which I stayed more than met my needs. I would definitely stay here again. The breakfast in the morning was quite tasty. My girlfriend and I were very impressed with the whole package. Interestingly, the owner went to high school with my father, which I didn't find out until we talked during check-in.