We rented through VRBO which may have been a mistake. We never received check in information so we had to find a number to call when we arrived. There was no answer but thankfully they called us back. They had the wrong date for our reservation because we had arrived on a Thursday instead of Friday. Our cottage was clean, heat worked well. The kitchen only contained a small pot, one spoon, and a few paper plates. We had to ask for more cooking utensils but they were provided when we asked. The location would definitely be difficult to access in snow or ice due to a steep hill to get there. The tv service was spotty so don’t expect to hang out and watch tv. It also would have been very crowded with more than 2 people that are willing to share a bed.More

Show less
Trip type: Travelled as a couple
See all 51 reviews
Payments made by partners impact the order of prices displayed. Room types may vary.
Nearby Hotels 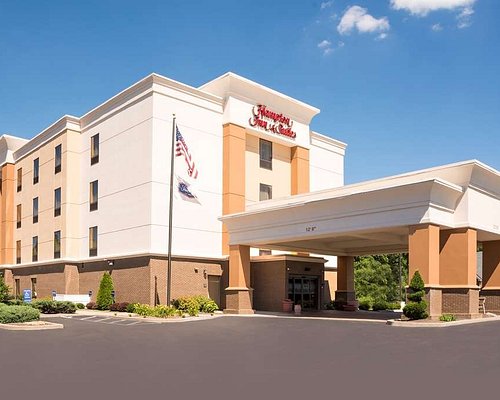 Expedia.com
View deal
Booking.com
Lol.travel
US$104
Hotels.com
View all 19 deals from US$104
429 reviews
2.8 km from Spruce Hill Inn & Cottages
We compared the lowest prices from 19 websites 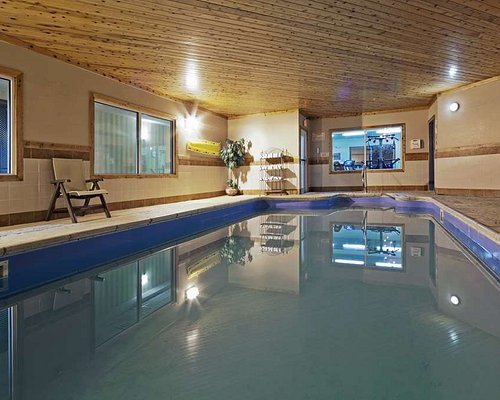 Back in its heyday this was likely a beautiful place to stay. Unfortunately years of neglect now render this place NOT recommendable. Dirty, no updates/maintenance in years, the charm is long gone.

I wish i could buy them out, the revenue stream could be phenomenal!

Because of COVID we brought our own sheets, towels, and cleaning supplies so we weren’t concerned about the rooms per se. We cleaned light switches, toilet, surfaces when we got there. We needed a quiet place to stay with a kitchen and bathroom.

It was fine for a few nights. We would come back as the location is convenient and shopping (food/supplies at Walmart) 5 minutes away.

Place could use more love - it is huge and much work to take care of. Owners were very nice and did best they could.

This review is the subjective opinion of a TripAdvisor member and not of TripAdvisor LLC
shaniw3233
1
Reviewed 30 June 2020
Terrible! Dirty! Owner is horrible! Do NOT visit ever!!!

Do yourself a favor and STAY AWAY from this disaster. My boyfriend and I drove two hours here for my birthday. We drove up a pothole ridden dirt road to the cottages. The entire place was extremely unmaintained. The grass was mown in some spots but not others and the weeds were out of control. Everything was overgrown and did not look like the pictures on their website. We could not find any place to check in, so we pulled up to the main house where there was a party going on. I called Elizabeth a little after 2:30 PM and she said she’d meet us at our cottage. We pulled up to cottage #121 and the first thing I noticed was that there were two concrete cinder blocks where the steps should be. I was a little put off, but hey, it’s my birthday and I’m still hopeful. When you immediately walk in, the place looks cute until you actually start looking around. I put my purse on the desk table and it almost fell over on me. The front leg was not attached so the table was not usable without it practically falling apart. The lamp on the table had wall paint on it and there were a bunch of pieces of the lampshade busted out. The ceiling had cobwebs hanging from it and right above the bed there were big black spots that look like mold, water damage, or both. The chandelier was dusty and the lights were really bright...when they worked. There is a little fireplace that gives off heat and lights up for ambiance, but the light didn’t work so we could not enjoy that at night. We stepped out onto the patio to hang the cushions on the lounge chairs to dry since it had rained. One of the two lounge chairs were broken so we both could not use them together. The main house on the property was directly across from our patio which wasn’t a really big deal until later when you want to try to relax and there are kids water sliding below you. So, back inside, there are two, or supposed to be two, sconces on either side of the TV. One is missing and the second one is barely usable because it is falling out of the wall. There are also two crooked sconces at the head of the bed that are also loose and dusty. The toilet paper holder was literally falling off the wall and the shower door was broken. It did not close because it was detached from the studs and was wobbly and really hard to use without getting water all over the floor because the door wouldn’t shut. The toilet seat was also broken so you had to basically balance yourself so you didn’t fall off it. The jacuzzi, which was barely big enough for two people and had a broken jet that scratched my boyfriend’s back up. The kitchenette had a few mismatched dinner plates that still had someone else's food dried on them, four mismatched drinking cups and a couple utensils thrown in a drawer. There was one small trash can with one bag in it but no towels, napkins or extra trash bags. The decor is really cheap and oddly decorated. The mirror in the bathroom had fall pumpkin stickers all over it and was dusty enough to run your finger through it. There was a dusty fake plant in the corner of the jacuzzi that covered discoloration on the wall behind it. Everything is very random. There are scuff marks all over the walls. The bed was nice but had two super flat pillows on it. We found spare pillows in the wardrobe but they were stained and yellow; definitely nothing I would put my head on. But there were no pillowcases to do that even if we wanted to. The wardrobe had three hangers in it, one of them broken. We had driven two hours to get here and had nowhere else to go so we made the best of it and spent most of the night on the patio. When I addressed all of these concerns with Elizabeth the next morning she said she would talk to her boss and call me the next day. I got a text the next day saying they would refund $30 that would be taken out of the cleaners pay. I replied and said that was unacceptable and I wanted to speak to someone. Elizabeth then called me and proceeded to interrupt me and talk over me when I tried to tell her what we thought was acceptable. She was rude and continued to argue with me saying that we stayed and we could have gone somewhere else. We were two hours away from home! We had nowhere else to go. She agreed to refund us $100 and we ended the conversation. Then she immediately texted me and wanted me to take down the bad review we had posted...we did NOT post a review! When I told her that we would post reviews wherever we wanted, she said she would not refund us now because we would leave a bad review. This turned into two days of her arguing with me through text, saying that we were petty and unfair and demanded compliance from us that we would not post bad reviews. It was absolutely ridiculous. This was the worst experience of my life. It is beyond me how a business owner would treat a customer this way and I am appalled that she thinks this is an acceptable way to run a business. I had to tell her that we would not post a bad review just to get her to give us some of our money back. We will never return and would highly suggest that you do not either.

We booked this trip to the Spruce Hill Cottages for our 11th Anniversary. Cottage had a old house type look. The tub had some kind of powder cleaner in it. Back window, right side didn't have a blind.

This review is the subjective opinion of a TripAdvisor member and not of TripAdvisor LLC
AllisonWBPhoto
Medina, Ohio
5
Reviewed 27 September 2018
Beautiful Setting and Great Location Close to Our Wedding Venue!

My husband and I, as well as, several friends and family members stayed at the Spruce Hill Victorian Manor and Jacuzzi Cottages for the weekend of our wedding, which was held at Snow Trails Ski Resort. It was a perfect location and setting close to our venue. The majority of my communication was through Elizabeth, who was very friendly and accommodating. She was very flexible and worked with our check-in and check-out times, which was extremely helpful for our needs. We did have a few issues arise at the Manor, but she did her best to resolve them to make sure we were taken care of and happy.

The Victorian Manor had a great indoor and outdoor space for our rehearsal dinner. The large kitchen, tiki bar and patio out back was great for entertaining. We did feel the Manor came up short on cookware, so if you are going to stay for a few days, and plan to eat in for your meals, you may want to bring some of your own cookware, like pots and pans. As a few other reviewers mentioned, there were some things that needed replaced like light bulbs and a broken chair. However, the home was very spacious and comfortable.

The cottages were very clean and comfortable, our guests who stayed in the cottages with the balcony loved drinking their coffee out there in the morning and appreciated the view. In our particular cottage, as the bride and groom, she added a special touch to our room, which included tea light candles and roses. We thought it was very sweet!

Room tip: The wifi can be a little spotty in some places, just let Elizabeth know if you have any issues, so she can assist.
Ask AllisonWBPhoto about Spruce Hill Inn & Cottages
Thank AllisonWBPhoto