US$84
US$73
View Deal
SAVE US$11
Booking.com
BestWestern.comUS$78
HurbUS$84
View all 16 deals
Prices are provided by our partners, and reflect nightly room rates, including all taxes and fees known to our partners. Please see our partners for more details.
Payments made by partners impact the order of prices displayed. Room types may vary.
VTLongTimeTraveler
VT
343190

A Tale of Two Desk Clerks

The woman who took our reservation over the phone was helpful and pleasant. The room was large and comfortably appointed. There are several fast food restaurants in the vicinity, providing only take-out due to Covid19. The property was almost deserted. In the morning I attempted to take a shower, but the water was still cold after almost 10 minutes. I called to report it to the desk, and the clerk said it was probably due to the fact that my room was so far from the heater and that the low occupancy might have meant that it would take longer to get hot water. I said that in that case perhaps they shouldn't put guests that far from the hot water source when they had so few rooms occupied. She then said that that wasn't the case. When I left at 7 a.m. there were five cars in the parking lot. The night before there were three. The point is that the clerk never indicated that she was sorry that I had to take a cold shower. Instead, she made me feel that it was somehow not the fault of the hotel - was my problem not hers.More

Show less
Trip type: Travelled as a couple
See all 329 reviews
Payments made by partners impact the order of prices displayed. Room types may vary.
Nearby Hotels 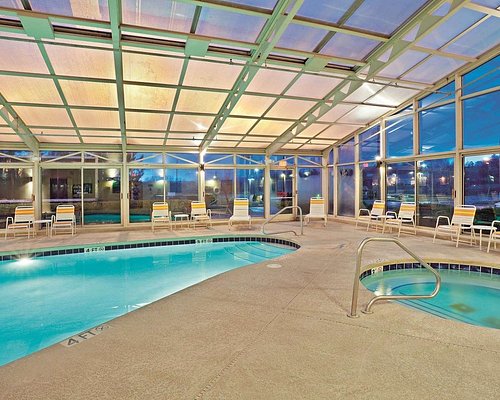 Travelocity
View Deal
Booking.com
Snaptravel
US$67
Lol.travel
US$78
View all 16 deals from US$67
426 reviews
0.3 km from Best Western Richland Inn-Mansfield
We compared the lowest prices from 16 websites 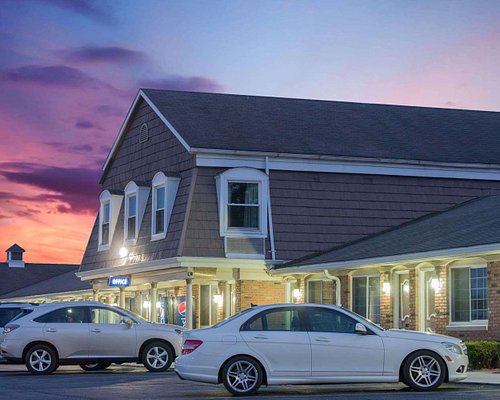 eDreams
View Deal
Orbitz.com
Snaptravel
US$57
Trip.com
US$61
View all 15 deals from US$57
633 reviews
0.7 km from Best Western Richland Inn-Mansfield
We compared the lowest prices from 15 websites Very comfortable and clean but one issue.
I checked in at midnight and stayed awake for 2 more hours before retiring.
check out is at noon but at 10am I get a knock at the door from house keeping. it seems every Hotel does this and I feel it's housekeeping's way of getting you motivated to check out early so they can clean your room. It's frustrating when i want privacy.

This review is the subjective opinion of a TripAdvisor member and not of TripAdvisor LLC
sharpestrn
Fairborn, Ohio
6219
Reviewed 26 February 2020 via mobile
Cozy and Comfortable

This Best Western is located in a good area. The rooms aren’t bad on space, but the bathroom is definitely cramped. It is a nice clean place. The staff is friendly and watching them work together as a unit is very encouraging.

Good value, good breakfast, fitness center, comfortable bed. The pool was nice as was the hot tub. The staff was accommodating and friendly. There was filtered water by the front desk and the coffee was hot.

Thank you so much for taking the time to provide feedback concerning your recent stay. I hope that you will consider us the next time you are in town.
Michelle

Report response as inappropriateThank you. We appreciate your input.
This response is the subjective opinion of the management representative and not of TripAdvisor LLC
485hollyt
Liberty, Indiana
1
Reviewed 10 January 2020 via mobile
Mrs. Taylor

My husband and I booked a room here after calling to make sure it was a handicapped accessible facility. When we arrived the room was on the second floor, no elevator not the cleanest, the tv only 3 stations worked and the refrigerator didn't work. Called the front desk only to be told we know someone is going to work on it next week. There are no other rooms available. Then I try the jetted tub it doesn't work either. Tried to get a few hours sleep wake up turned on the lights and there are bugs on the bed, floor and desk. Took pictures, when checking out the front desk clerk asked where I was from and asked "don't you have bugs there?" This place should be shut down!

This review is the subjective opinion of a TripAdvisor member and not of TripAdvisor LLC
awentworth0503
Hadley, Massachusetts
1
Reviewed 6 January 2020
Fantastic!

The staff was kind, helpful, and very wholesome and the whole hotel was spotless! Every time I walked through the halls the staff would greet me with a polite smile and a quiet greeting and it made me feel right at home.

Review collected in partnership with Best Western
This business uses tools provided by Tripadvisor (or one of its official Review Collection Partners) to encourage and collect guest reviews, including this one.
Ask awentworth0503 about Best Western Richland Inn-Mansfield
Thank awentworth0503

Thank you for taking the time to provide feedback concerning your most recent stay. We like to think we are just one big ole family here so I am so glad you felt at home with us. We look forward to seeing you again!

Report response as inappropriateThank you. We appreciate your input.
This response is the subjective opinion of the management representative and not of TripAdvisor LLC
View more reviews
PreviousNext
123…55