Hampton Inn Heath-Newark
Lowest prices for your stay
Lock in the lowest price from these sites
US$146
US$121
Free cancellation until 23/05/21
View deal
Hampton.comUS$121
PricelineUS$121
FindHotelUS$121
Hotels.comUS$121
Expedia.comUS$121
StayForLongUS$146
View all 20 deals
Prices are provided by our partners, and reflect nightly room rates, including all taxes and fees known to our partners. Please see our partners for more details.
Payments made by partners impact the order of prices displayed. Room types may vary.
Jet20210
Medford, Oregon
15

Stayed 4 days in July, 05. Hotel is new but has some issues. Toilet was not tight & you literally took a ride every time you used it. There was a grinding noise in the air conditioner every time it cycled on. Staff was not very helpful stating service guy had gone for the weekend. Hotel was full during Babe Ruth tournament so they were unable to switch rooms. They have a 100% guarantee but don't expect them to make good on it. We filled out a comment card & they said the manager would call but he didn't. We have emailed customer service with no response & have made 6 phone calls to resolve this situation & the manager at this hotel is very rude and has now called us liars. We might have let this go if they would have responded earlier to our concerns but their lack of concern and attitude is prompting a letter to the President of the hotel corp. Customer Service is dead at this hotel!
More

Show less
See all 452 reviews
Payments made by partners impact the order of prices displayed. Room types may vary.
Nearby Hotels 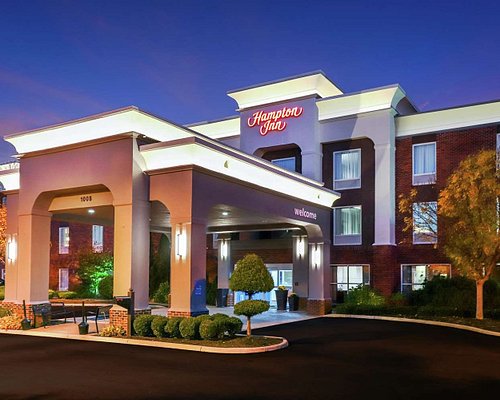 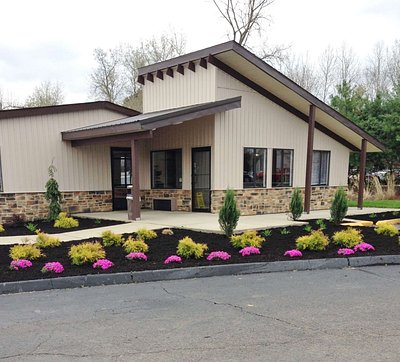