Four of us spent a week at Staffield Hall, in the King Oswald apartment. Excellent accommodation, spotlessly clean, and very comfortable, with everything you need provided. The EXCELLENT accommodation made the current COVID virus a bit more bearable. Would love to come back one day, and would certainly recommend this delightful property for an enjoyable holiday in Cumbria. Vinny, Annette, Brian and Jane from Liverpool.

Trip type: Travelled as a couple
See all 167 reviews
Payments made by partners impact the order of prices displayed. Room types may vary.
Nearby Hotels Breakfast included
Edenhall Country House Hotel
US$162
Booking.com
View deal
Free cancellation
Priceline
US$162
eDreams
US$162
CheapTickets
US$162
View all 14 deals from US$162
330 reviews
10.3 km from Staffield Hall
We compared the lowest prices from 14 websites 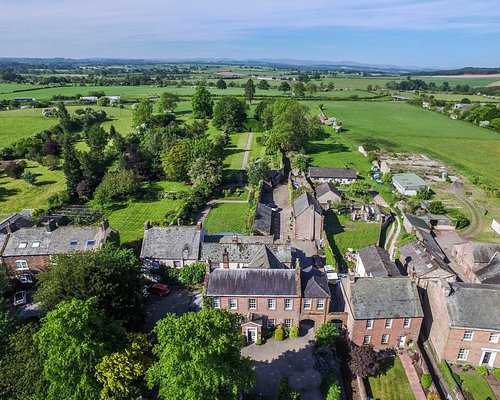 Breakfast included
The House at Temple Sowerby
US$197 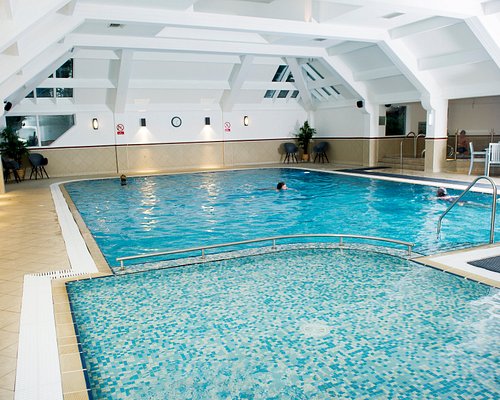 Taking safety measures
We compared the lowest prices from 4 websites
Farlam Hall Hotel & Restaurant
US$516
US$492
Booking.com
View deal
Free cancellation
Reserve now, pay at stay
Hotels.com
US$516
Expedia.com
US$516
eDreams
US$492
View all 14 deals from US$492
37 reviews
17.8 km from Staffield Hall

Me and my partner stayed for 7 nights in the lady tower along with my overly spoilt bulldog for my birthday.
We had a lovely stay and we’re very comfortable in the apartment. The WiFi was temperamental but we were content to watch DVDs and do a jigsaw anyway, no WiFi was quite nice at some points. Other reviews have noted no phone signal which is the case but you’re at a country retreat so it’s to be expected, a phone is also provided in the room so we weren’t worried about emergencies.
we had a couple of minor issues with the spa bath letting out dirt when we used it and a broken light - the owners and the housekeeper got back to us very quickly and were apologetic. We weren’t overly bothered by a little bit of dirt from the pipes and I used the bath every day regardless!
Lots of reviews mention cleaning at the end of the stay... I’m not sure why this would be an issue, we had no problem having a quick tidy! Having a dog in the property required us to clean up anyway and we were thrilled we were able to bring her. I saw a review about dirty washing being left outside rooms in bags.. this is the case but due to having common sense we didn’t root through other peoples dirty washing and get covid.

We all loved the gardens (we seemed to be better at picking up dog poo than other people) - we all enjoyed pottering around looking at the different mushrooms.
We visited the crown inn in the village twice, amazing food!
Overall we loved the hall and we loved our stay.

The house is extremely grand externally and the grounds are simply stunning. The hot tub was cleaned whilst there and the little changing shed a lovely touch. The layout of the house is good (although we asked for a floor plan to prepare for our arrival but didn't get one, which led to a bit of confusion when we arrived) and its is tastefully decorated. Everything was clean and well appointed when we arrived. However, the beds were not comfortable at all, with a number of our party complaining about this: in our double bed we could feel the springs through the mattress. We did have a couple of issues when we were there and when we rang to get them rectified, some were (wifi issue sorted) and others weren't (we needed a bed converting back to a king from twin which wasn't facilitated). We had a maintenance man in to investigate a cupboard in one of the rooms, King Oswald, that actually smelt like something had died in there! The investigations concluded that some thing likely had(!) and there wasn't much they could do. The major negative incident occurred when delivery men were given the code for the door and opened it without any of our party being informed that this had happened. We had 6 children in the house, as well as all our possessions, and were pretty concerned from a safeguarding and security view, that strangers had access without our knowledge. They also left the delivery of 8 dining chairs in the entrance hall blocking access and creating a clear fire hazard. We did speak to a lovely man who does maintenance around the property who did come and moved the chairs, but the other staff we spoke to were quite abrupt on more than one occasion. One of these staff, a female cleaner (who we were aware was coming and going throughout our stay) left dirty laundry from another property in the same entrance hall which was a massive COVID risk from our standpoint and when questioned about it was quite rude to one of us stating the laundry company they normally used wasn't operating so she had to do washes in our machines. Overall, the house was lovely and we had a really nice time but for the price (over £6000 for 6 nights!) it wasn't very good value for money given the issues we had.

First of all the wifi doesnt work so is not 'high speed' at all. Nor was it luxury in any way shape or form, there was damp everywhere, the paint was pealing. The kitchen is barley usable due to it being minute. I would not recomend staying.

This review is the subjective opinion of a TripAdvisor member and not of TripAdvisor LLC
Mrs_hirons
Birmingham, United Kingdom
131
Reviewed 19 October 2019 via mobile
Just what the doctor ordered!

We came to Staffield hall for 4 nights to get away from it all and it didn’t disappoint! We stopped in Dove Cote (right in the roof) and it was lovely. Very clean and tastefully decorated. It had everything we needed and was very homely. We loved waking up each day to the sounds of The birds singing, the sheep bleating and the pheasants calling without any traffic noise. So peaceful. The grounds are lovely - just perfect for an hour in the autumn sunshine with your book! It’s in the middle of nowhere but close enough to local towns and amenities to not feel too remote. There are a couple of excellent pubs nearby too for a spot if dinner. The communication from the owner was friendly and timely too, would certainly recommend.

This review is the subjective opinion of a TripAdvisor member and not of TripAdvisor LLC
WendyAnd
Scotland, United Kingdom
345
Reviewed 6 August 2019
A hidden gem

Stayed here a few weeks ago and have held off doing a review because once more people know about this, it will be impossible to get booked.

Gorgeous place a mile or two from Kirkoswald. Surrounded by peace, quiet and fields. Apartment was perfect, large bathroom with jacuzzi bath and shower, fully equipped kitchen, comfortable bed and a lovely living room. Could have stayed for weeks rather than just the three nights we had booked for.

Only downside was getting our luggage from the car to the Peel Tower room which was at the top of the building. We chose to eat in on two of our nights and had taken provisions with us. The other night we ate at a local pub.

The most relaxing break we have had in a while, can’t wait to book again.

Hi Wendy, Super to hear that you will be wanting to book with us again, we will be very pleased to help you reserve another relaxing break at Staffield Hall. Thank you so much for your compimentary comments - It´s great to feel so motivated by them. Kind Regards Michael.