Excellent experience - Review of The Bridge

The Bridge
Lowest prices for your stay

US$166
View deal
Free cancellation until 21/05/21
Reserve now, pay at stay
Expedia.comUS$168
eDreamsUS$150
FindHotelUS$168
View all 14 deals
Prices are provided by our partners, and reflect nightly room rates, including all taxes and fees known to our partners. Please see our partners for more details.
Payments made by partners impact the order of prices displayed. Room types may vary.
Kingswood4
Manchester, United Kingdom
3

Review of The Bridge
Reviewed 3 September 2020

We’ve just had a really lovely meal with excellent service. This was our third time at The Bridge since it reopened and we’ve had a good experience everytime. Our waiter Adam was charming and very knowledgeable about the wine. Looking forward to our next visit.

See all 512 reviews
Payments made by partners impact the order of prices displayed. Room types may vary.
Nearby Hotels 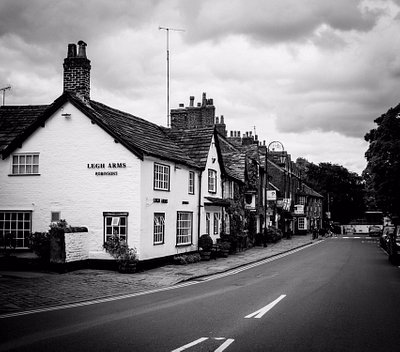 Legh Arms
US$138
Booking.com
View deal
Free cancellation
Reserve now, pay at stay
Priceline
US$138
eDreams
US$138
286 reviews
0.1 km from The Bridge
We compared the lowest prices from 3 websites 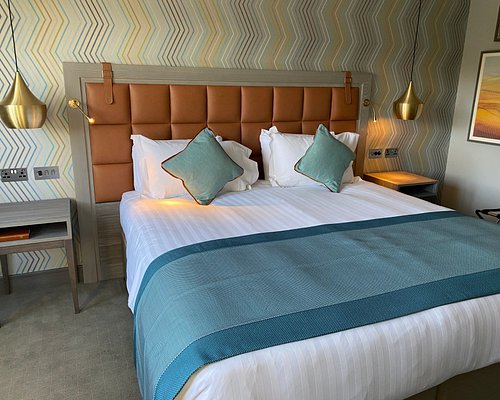 The Tytherington Club
US$108
US$102
Booking.com
View deal
Hotels.com
US$108
Expedia.com
US$108
Priceline
US$107
View all 10 deals from US$102
24 reviews
1.5 km from The Bridge
We compared the lowest prices from 10 websites
Great value today
Premier Inn Macclesfield North hotel
US$81
US$44

PremierInn.com
View deal
Trip.com
US$81
Expedia.com
Travelocity
View all 10 deals from US$44
622 reviews
1.9 km from The Bridge

Hotels.com
View deal
Free cancellation
Pay up to 12X
Booking.com
US$84
FindHotel
US$83
Priceline
US$84
View all 13 deals from US$83
180 reviews
5.5 km from The Bridge
We compared the lowest prices from 13 websites
Great value today
Premier Inn Macclesfield South West hotel
US$81
US$42

PremierInn.com
View deal
Trip.com
US$81
Destinia.com
ZenHotels.com
View all 5 deals from US$42
398 reviews
5.3 km from The Bridge

Now one of My Favs - Great atmosphere Decor - there for Sunday afternoon lunch - Jazz music playing live - great food presentation - service was on point. I Will be back. All round most impressed. Just on the Main Street car park at back Wi-Fi. Nice menu. Dessert sticky toffee was BOOM as was the beef.

This review is the subjective opinion of a TripAdvisor member and not of TripAdvisor LLC
Susan O
Macclesfield, United Kingdom
10839
Reviewed 30 August 2020 via mobile
Sunday Brunch

Everything, food, ambience and service was excellent. Love the new decor. Looking forward to the next time, it's a great place to meet up with friends and family, you won't be disappointed, we certainly weren't.

This review is the subjective opinion of a TripAdvisor member and not of TripAdvisor LLC
Donna J
175
Reviewed 24 August 2020 via mobile
Such a shame! Let down by main course

May I start by saying I would mention on the day but my partner did not want me to say anything.
We ordered the pardon peppers and tempura prawn to start both were amazing!
However my main of the cod-with was inedible... how I managed to eat half was beyond me.
Half went back and on one asked. It was bland over fried and beige!
Please please visit Savages at the picturedrome for how to serve a fish sandwich. I am writing this as I feel sick for the blandness and deep fried nothing!
Maybe if I had the brioche as mentioned rather than usual bread it would have tasted delightful! Below is a photo of how it was sent back!
Please order the tempura prawn and patron peppers!!

This review is the subjective opinion of a TripAdvisor member and not of TripAdvisor LLC
suerobinson2018
Southampton, United Kingdom
32
Reviewed 17 August 2020
Very disappointing - so noisy

We recently had a two night stay at the Bridge hotel. We had stayed there earlier in the year and been very impressed.

This visit was very disappointing.

There was no telephone in our room, we mentioned this after the first night but it was not remedied.
There was no drinking water supplied in the room, the website says that still and sparkling water is supplied to each room. As the rooms were not made up, we had to ask for more coffee and milk - it would have been thoughtful to have offered these. As we had no phone, we had to go to the reception.

Our main complaint was the noise level. We had a delicious meal in the restaurant on our first evening. However the music which was being played, which was basically house music with a driving beat, was so loud that we couldn’t hear each other speak. We asked the waitress if it was possible to turn this down, she said that the manager would not allow this.
The same music was played in the garden; as our room overlooked the garden we had our windows open as it was such a hot night (there was no air conditioning, nor were fans supplied). This made sleeping very difficult.
We cancelled our meal for the second night because of the music. We visited a local pub and heard that several local residents had complained to the hotel about the noise level. We could easily hear the music 200 metres away from the hotel.

I emailed the hotel about the stay almost a week ago and have not yet even received an acknowledgment.

This was a very disappointing stay, and we will not be returning.

The food was excellent , the room small but spotlessly clean and the bath was huge. No signal on the tv but that wasn't a problem. The staff were friendly and seemed very busy but our food was delivered hot and without too much of a wait. Lovely having a stream running outside our bedroom window. The music was well chosen and the live band very good . The only downside to our stay was the volume of the music at the evening meal. It was like walking into a nightclub. We couldn't speak to each other or relax as it was actually blasting out. Not really what customers want especially when the waitress can't hear to take your order. We did have a lovely stay and Isobel on reception was very friendly and attentive.

Trip type: Travelled as a couple
Ask sandrake1 about The Bridge
Thank sandrake1