HORRIBLE DO NOT STAY - Review of Cherokee Lodge

US$99
Free cancellation until 18/06/21
View deal
Hotels.comUS$99
CheapTicketsUS$99
FindHotelUS$99
Orbitz.comUS$99
TravelocityUS$99
TripadvisorUS$99
View all 10 deals
Prices are provided by our partners, and reflect nightly room rates, including all taxes and fees known to our partners. Please see our partners for more details.
Payments made by partners impact the order of prices displayed. Room types may vary.
kevingH3920RK
1

HORRIBLE DO NOT STAY

Me and my cousins usually stay up at night since we barely sleep, anyways we kept hearing running across the hallways and suddenly heard little girls laughing. We were freaked out so we checked reviews and someone had written about the exact same thing so we were concerned. We all left immediately. When heading outside NOBODY was outside and there were no other cars... the next morning we came back to the room to get our belongings and saw that the bathroom light had been turned on and the door was locked. We recall turning them off and the door being unlocked. Weird experience ever, do not recommend... it also smelled absolutely HORRIBLE!!More

Show less
Trip type: Travelled with family
See all 169 reviews
Payments made by partners impact the order of prices displayed. Room types may vary.
Nearby Hotels 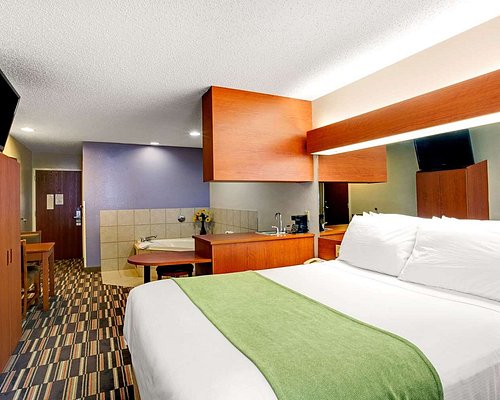 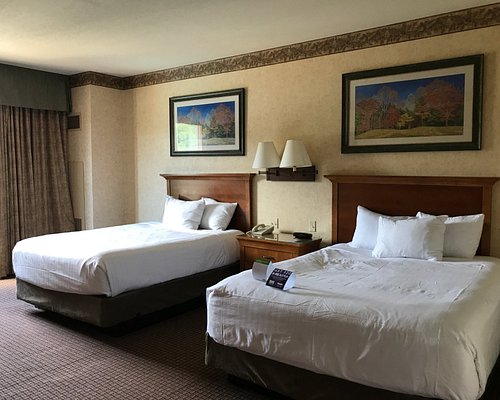 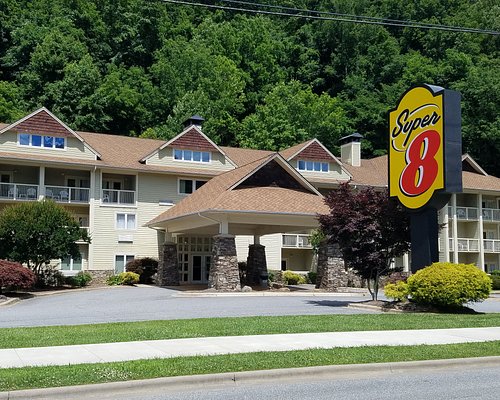 Breakfast included
Super 8 by Wyndham Cherokee
US$123
US$110
Booking.com
View deal
Free cancellation
Reserve now, pay at stay
Expedia.com
US$111
Priceline
US$110
Lol.travel
US$123
View all 19 deals from US$110
136 reviews
0.8 km from Cherokee Lodge
We compared the lowest prices from 19 websites
Breakfast included
Hampton Inn Cherokee
US$188
US$155

Expedia.com
View deal
Pay up to 12X
Booking.com
US$154
Hotels.com
US$155
Lol.travel
US$188
View all 19 deals from US$154
949 reviews
3.4 km from Cherokee Lodge
We compared the lowest prices from 19 websites
Breakfast included
Rolling Hills Lodge
US$88

Taking safety measures
We compared the lowest prices from 19 websites
Great Smokies Inn
US$109
Booking.com
View deal
Expedia.com
US$106
Priceline
US$109
Trip.com
US$113
View all 18 deals from US$106
317 reviews
0.1 km from Cherokee Lodge

We’ve stayed here so many times and it’s get nothing but better every time. If you are looking for a clean and very nice place to stay this is the place!! Tony and his daughter make you feel like family.

This review is the subjective opinion of a TripAdvisor member and not of TripAdvisor LLC
E6271QVsharonm
1
Reviewed 20 September 2020
Clean, nice, great managers!

We stayed 2 nights and enjoyed the clean rooms. The daytime front desk managers were so friendly and fun! Cherokee Lodge is close to a few restaurants and a gas station, and it is only a short drive to the River Park and the Casino. Unfortunately, the second night some teenage boys were wrestling above us all night, and the young night manager could not get them to stop for more than a few minutes.

There is not an elevator, but at the center of the hotel there is a very long ramp that winds up to the third floor for wheelchair accessibility.

We stayed at this hotel. The bed had a large, smelly wet urine stain on it. Don't sign paper that says no refund for any reason. The wi-fi was terrible and the lid to the toliet tank was broken. No one is on site 24 hrs a day. We left at 9:30 a.m Still nobody in the office or answered the phone.

This review is the subjective opinion of a TripAdvisor member and not of TripAdvisor LLC
brina13028
Augusta, Georgia
21
Reviewed 7 July 2020
Worst Customer Service by General Manager

My husband and I wanted to visit Cherokee for the weekend and we have stayed at this hotel a couple times without issue so we decided to come back. We called the front desk to see if any rooms were available because it was a holiday weekend and we decided last minute to go. The lady informed me there were no rooms however, my husband was able to find one online (or so we thought). Every time he tried to complete the transaction he would get an error message saying "no results found". We tried this 4 times and finally gave up and figured we were getting that error message because they were full. No big deal we just booked a different hotel. Well no big deal became a really big deal because we ended up getting charged all 4 times we tried ($287.67 each time making a total of $1150.68). I called the hotel and explained what happened. I spoke with the General Manager Tony Winstead. I was so appalled at his reaction. After explaining what happened he literally told me, "I don't know what you want me to do about it." He was arguing with me and telling me I purchased these rooms when I know I did not. I even offered to show a receipt where we stayed at another hotel to prove to him there was something wrong with the website and we could not complete the transaction so we had to go somewhere else. He said, "I don't care where you stayed, you didn't stay here." I tried explaining how I called and I was told the hotel was full before we tried booking online and he just said "it was full because you booked 4 rooms." Really?? I was told it was booked before I tried booking online. He had a smart comment for everything I said. I really felt like I was arguing with a child. He did nothing to try and investigate what happened or anything. I have never in my entire life experienced customer service the way I just did and he is a General Manager! How?! At one point I even asked him, "Are you really arguing with me?" and he said, "yes, I am." Wow! I ended the conversation by saying I am going to contact my bank and of course he told me to do what I needed to do because obviously he wasn't going to do anything. I am so upset of how this was handled and cannot believe the conversation I just had with this man.

This review is the subjective opinion of a TripAdvisor member and not of TripAdvisor LLC
Reesie777
Columbia, South Carolina
5633
Reviewed 5 March 2020
Disappointing Front Desk Staff

My husband and I stayed here last year and the room was nice, however when we went to bed later that night we were awaken by my husband being bitten by bed bugs. We were booked there by the casino. We immediately called the front office and reported the incident and was told to come to the front office to be switched to another room, but when we got to the front they contacted the casino and then told us it was nothing they could do until the room was inspected by pest control. Really, it's 4 am in the morning and they put us out on the street!! We had to pay for a room at another hotel next door that treated us with respect. We will NEVER stay here again even if they offered it to us for free because they treated us like animals with no remorse or care in mind as to us having somewhere to lay our heads.