US$165
US$157
Free cancellation until 01/08/21
Reserve now, pay at stay
View deal
Booking.comUS$157
Hotels.comUS$157
Expedia.comUS$157
PricelineUS$157
TripadvisorUS$157
HurbUS$165
View all 17 deals
Prices are provided by our partners, and reflect nightly room rates, including all taxes and fees known to our partners. Please see our partners for more details.
Payments made by partners impact the order of prices displayed. Room types may vary.
homer17402
York, Pennsylvania
20381

Trip type: Travelled with friends
See all 25 reviews
Payments made by partners impact the order of prices displayed. Room types may vary.
Nearby Hotels 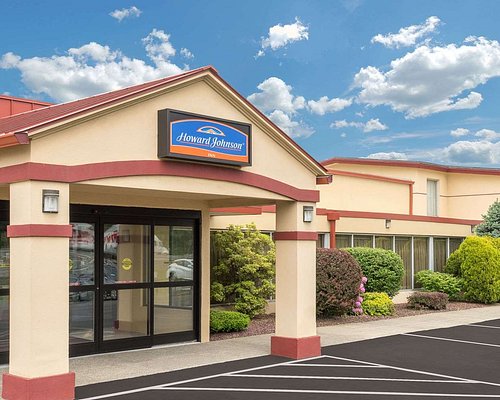 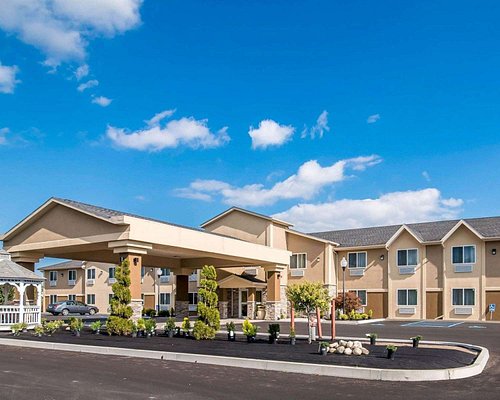 I stayed at this hotel for a ski trip at Windham. When I checked in the indoor temperature was 55 degrees and the AC was blowing out cold air. They reassured me it was just energy mode and would go back up. It never did and peaked at 61 degrees. Unacceptable for a hotel during middle of winter not to provide heat.

Thank you for your stay and for taking the time to leave us feedback.

I am sorry to learn about the issues encountered with the in-room air-conditioning system. I have alerted the hotel management regarding your comments, and I trust that the actions that will be taken will avoid similar issues from happening again.

I hope you give our hotel another try!

Report response as inappropriateThank you. We appreciate your input.
This response is the subjective opinion of the management representative and not of TripAdvisor LLC
newalis
1
Reviewed 28 December 2020
Nice, clean, but warning

I've now stayed in this hotel a few times now in December 2020 for different stays mostly for ski trips at Windham and Hunter.

This hotel is either new or recently renovated, and it shows. It is very clean, neat and little wear and tear. There are also some neat touches, such as the roll down window. It is also at a nice location, with some rooms having view of the mountains, and reasonably close to amenities.

Normally I would give a property like this a four or even five review.

But for the fact that due to energy savings, the hotel does not turn on the heat until later in night, so if you go in early, you are freezing. I checked in at around 5:45p'ish and temperature was at 53 degrees. I turned on the AC and noticed it was blowing cold air. 30m later, it was still blowing cold air, although the temperature had gone up to 54 degrees. I called the front desk agent, who called the manager/owners and I was told the heat ramps up at I think they said 11p.

I'm not sure but I assume this is a COVID-19-related expense savings measures. i.e. since occupancy is low and most folks are not checking in until later in day, why turn on heat (or turn up the heat) until later. I'd normally be outraged, but I have a bit of sympathy given the trying times for the hotel industry.

That said, it is 7:11p EST as I write this and the temperature its still at only 58 degrees (minus a few for our body heats and the fact I turned on all electronics to try to warm up room). I can't in good faith give this place 4 or 5 stars since I am cold and other hotels are not doing the same thing (as far as I am aware).

Assuming these are COVID-19 measures, I will gladly revise my review when they end these measures. Until then, guests beware!

I'm glad you chose our hotel for your visit to Saugerties. Thank you for staying.

We promise a comfortable and convenient experience for all of our guests. I'm sorry you experienced issues with the stay, especially with the room temperature. I can see these dampened your visit. Trust that I alerted our management about this so we can make the necessary changes to better our service.

We appreciate your feedback about your stay and looking forward to your next travel.

Report response as inappropriateThank you. We appreciate your input.
This response is the subjective opinion of the management representative and not of TripAdvisor LLC
math108
Long Beach, New York
3
Reviewed 15 December 2020 via mobile
Very nice!

A great place to stay. Staff is extremely friendly and helpful. Spotless. Has everything you would want. Very well run.
Two very minor suggestions. I asked about the location of the light switch in the pool area. The lights are on a timer and don't go on until 5 pm. Now, during the winter, it's already dark outside by then..so too dark inside at the pool. That timer needs to be reset. Second, please warm up the water! It may be me, but its too cold. Could only dangle my feet in. As I said, very minor suggestions. If in the Saugerties area, stay here..you'll enjoy your stay.

This review is the subjective opinion of a TripAdvisor member and not of TripAdvisor LLC
vasile123
New York City, New York
343183
Reviewed 10 November 2020 via mobile
New and clean, perfect

This hotel is only one year old. Everything is so clean and everyone is so nice and accommodating. In these times, this is what I need from a hotel. We had an excellent time on our Catskills vacation.

We stayed one night here after having a cat accident. Bibi who was working at reception that evening made our stay 5 stars. He showed empathy and helped us with whatever we needed. All employees should be like him. He made a really bad situation better. Thank you Bibi!