US$90
View deal
CheapTickets
Expedia.com
Booking.com
Hotels.com
Rodeway
Travelocity
View all 17 deals
Prices are provided by our partners, and reflect nightly room rates, including all taxes and fees known to our partners. Please see our partners for more details.
Payments made by partners impact the order of prices displayed. Room types may vary.
marthafour
1

I have to admit the hotel is much much better than my last stay. The rooms and furniture looked brand new and clean. It was great value. We were there for a sports event with our kids and we felt clean and comfortable. Even the person checking us in was great, they helped us get situated and gave us great trips.

See all 25 reviews
Payments made by partners impact the order of prices displayed. Room types may vary.
Nearby Hotels 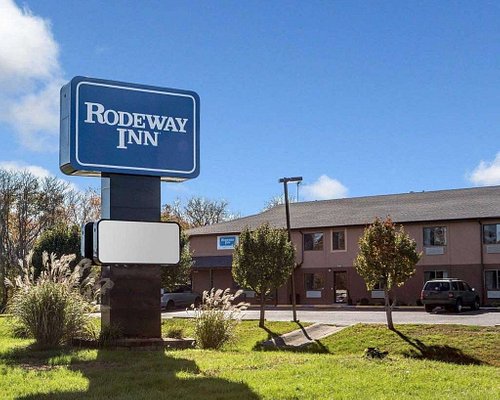 Breakfast included
Rodeway Inn & Suites
US$135
US$132
Tripadvisor
View deal
Free cancellation
Pay up to 12X
Expedia.com
Rodeway
Hurb
US$135
View all 18 deals from US$132
43 reviews
17.1 km from Rodeway Inn
We compared the lowest prices from 18 websites
Red Carpet Inn Williamstown, NJ
US$80 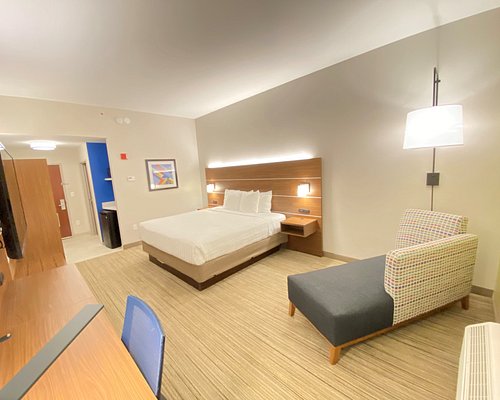 I stayed at this hotel for a few nights and really was pleased. The hotel was clean and our room was brand new with new furniture. It was completely modernized. The quiet setting helped us get a good night's sleep.

Needs serious attention and updating. Stayed there in 1990's and then just this year.... never updated and "questionable" long term tenants living there. Was not a safe place to park your car or stay in my opinion. Smelled of mildew and nasty front desk person. Stay at your own risk.

We arrived early and went to let them know we were here. The clerk told us our room was ready, but there would be a $20 "early check in fee". I told her that we would wait until the normal check in time. I wasn't about to pay an extra $20. She then became rude. The room was dirty and even though it was a non-smoking room it smelled like smoke. There were three people in the room and only 2 sets of towels. We asked the several times for another set and when we got them, it was just a wash cloth and a bath mat. Our toilet needed to be plunged and instead of sending maintenance, they handed my son the plunger and told him to bring it back clean. Just horrible!

This review is the subjective opinion of a TripAdvisor member and not of TripAdvisor LLC
Scrapbooker_in_PA
Perkasie, Pennsylvania
350102
Reviewed 24 July 2019
Just Acceptable

We recently stayed one night on our way to the Jersey shore after a Philadelphia Phillies game.

The room and bathroom were both clean, but for a king size bed there were only 3 pillows. Also, not enough towels. I was also concerned because there was not a secondary lock on the door.

This is the first Choice property we have stayed at that there is no breakfast.

This hotel is just fine for a one night stay.

I stayed for a number of weeks and on mu last 2 weeks i PREPAID AS A MEMBER OF CHOICE HOTELS and asked them to hold my last week since i had to leave. I called today and they took my prepaid > $200 and they said my money was forfeited even when i told them i’d come back and they said fine. This theft of my money is unreasonable since i told them and they said ot was fine. Yhe savings were $6.00 so saving it coat me $200.00. NEVER. PREPAY AT THIS HOTEL CHAIN.