Extraordinary in Every Way! - Review of Bear Mountain Lodge

Extraordinary in Every Way!

Adirondack style craftsmanship situated on a picturesque Mountain View setting made for the perfect weekend away. Our party of 4 enjoyed the trip from the moment we stepped in the gorgeous front door and took off our shoes! Every request- from restaurant recommendations to an extra blanket - were speedily attended to with a smile. One night was spent sipping wine ( BYOB) by the fire pit under the stars. A second night at a wonderful and nearby Italian restaurant and scrabble by the wood stove! An outdoorsman’s dream with hiking nearby ( even a short hike on property!) We can’t wait to return.

Trip type: Travelled with family
See all 632 reviews
Payments made by partners impact the order of prices displayed. Room types may vary.
Nearby Hotels 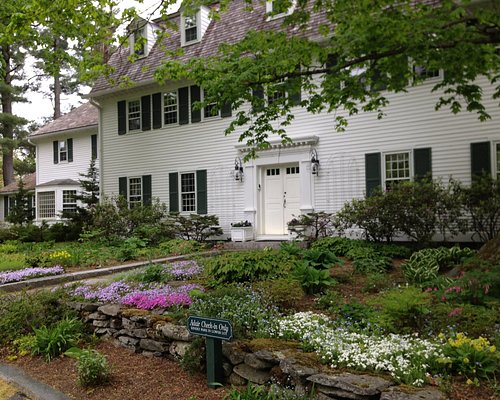 Breakfast included
Sponsored
Adair Country Inn & Restaurant
US$199
Booking.com
View Deal
Hotels.com
US$199
Priceline
US$199
Expedia.com
US$199
View all 10 deals from US$199
456 reviews
We compared the lowest prices from 10 websites

Breakfast included
The Chandler at White Mountains
US$129
US$119 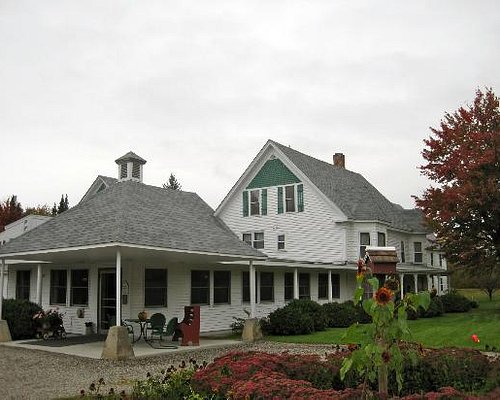 Taking safety measures
Best Western White Mountain Inn
US$107
US$96
Booking.com
View Deal
BestWestern.com
US$96
Hotels.com
US$96
Lol.travel
US$107
View all 18 deals from US$96
759 reviews
9.9 km from Bear Mountain Lodge

While we haven’t been to many B&Bs, this place has to be one of the best. The home and rooms are gorgeous, the owners are incredibly nice and welcoming. The breakfast was amazing both days we were there. We really appreciated the homemade candies and chocolate chip cookies, and having coffee, sodas, and waters available during the day. We even had a refrigerator in our room. Loved this place all around and highly recommend.

This review is the subjective opinion of a TripAdvisor member and not of TripAdvisor LLC
Craft_Brew_Guy_PA
1
Reviewed 4 October 2020
Always a wonderful stay!

We've been lucky to stay at Bear Mountain several times over the past few years. Their warm atmosphere, friendly owners (Carol and Mike,) DELICIOUS breakfasts, and location off the beaten path make for a great vacation in the northern woods. They are close to the Cog, have their own trails down to the river, and have a beautiful view of Mt. Washington in the distance. We've snowshoed on their forest trails and brought wine and cheese to nibble on in the afternoon on their large deck. It's always been very clean and the lodge is gorgeous! We hope to be back soon!

This review is the subjective opinion of a TripAdvisor member and not of TripAdvisor LLC
Connie R
Lancaster, Pennsylvania, United States
349
Reviewed 4 October 2020
Our dream vacation B&B in New Hampshire

We stayed at Bear Mountain Lodge again and just return home today. Fall foliage was great, right from the patio with a view of Mount Washington. The rainbow was so beautiful after a rain. Mike and Carol are the BEST host and hostess. Breakfast(s) were and always are incredible. Mike and Carol make you feel at home in their incredible B&B. Night out at the fire pit looking at the full moon and plenty of stars right from their front lawn. You could not ask for a better vacation or experience. We love Bear Mountain and can’t wait to go back.

This review is the subjective opinion of a TripAdvisor member and not of TripAdvisor LLC
Snapski
1
Reviewed 4 October 2020
Awesome place!

The lodge is beautiful, clean and cozy and the rooms are top notch! Mike and Carol made us feel like family...even set out fresh baked cookies at night and left us scones for the mornings we missed breakfast due to us leaving out super early to go hiking. We were really excited about being able to see a moose and Mike spent extra time with us giving us tips and mapping out where we should go and...we saw one! Shocked and actually a little upset to read the comment posted just before ours from "jacka82942"...those comments are ridiculous and unfounded. We are actually the couple that was playing with the dogs that were lost in the woods several miles from home. They came on to the property while we were outside and we called the owners (they had tags on their collars) ourselves who came to get them and were very grateful. Carol was nice enough to provide a bowl with water for the dogs while we waited with them until the owners could get there. Mike and Carol are great people, it is a beautiful place and area, we would highly recommend it to anyone and we will DEFINITELY be going back as soon as possible. Also, we have stayed at many bed and breakfasts in several different states and this one is by far our favorite!

Thanks Tara & Gary for your review. In this time of COVID and craziness, it was wonderful to have such delightful guests stay with us. And I have to admit I thought you were crazy leaving many mornings before 6am to find that moose, but yes Michael knows that you have to get out there super early to find them. The few guests who have listened to him have been successful!

And thank you for telling your side of the story regarding the dogs that you found while out on the trail. Having just lost our two yellow labs Rocket & Remi within the past year due to old age, we know how those owners would have felt when their dogs went missing. We are dog lovers through and through and were so grateful that we were able to give them some much needed water while you waited for their owners to arrive.

So happy we've become your favorite B&B - what an honor! We can't wait for you to return and maybe next time you'll be able to get out there and find a black bear!!!!

Report response as inappropriateThank you. We appreciate your input.
This response is the subjective opinion of the management representative and not of TripAdvisor LLC
jacka82942
florida
6951
Reviewed 21 September 2020
no mans land

the lodge and rooms are very nice. good breakfast. the place is not close to anything. you can't walk anywhere,except on some overgrown trail behind the place.we had a dinner reservation at rosas up the road a ways. closed when we got there. inn owner said he tryed to call us to tell us it was closed. yeah,right. he was talking to us outsiide just before we left and didn't say anything. 2 family members came by to dine with us. owner didn't like that since they weren't registered guests. saw 2 dogs in back yard and couple playing with them. asked owner about it. at first he denied the dogs were there,but then said the had escaped from the neighborhood. ther are no hames anywhere nearby. so lye number 2 on the list. would never go back there!!

So happy that you liked the rooms and the breakfast and yes we are not within walking distance to in-town, we are set back on 26 acres for privacy and that's one of the reasons that our guests love our location. Easily seen on Google maps for those who look. Yes, we were irritated that these guests decided to bring family to the Lodge during a pandemic. There are rules in place for Lodging facilities and we are trying to keep everyone as safe as possible. Adding additional people into the Lodge is not acceptable behavior by guests and other innkeepers don't appreciate it either (there are innkeeper forums I belong to and others have stated that they find it incredulous that guests believe during COVID that they can just have people come on over). That being said, my husband didn't ask them to leave.

The guest told Michael that they had reservations at Rosa's. We ourselves hadn't had dinner so we drove up there to sit outside and have wings, only to find the restaurant closed and men working on the roof. We opened our reservation software and tried to call the guests (wish I could send a screenshot of the cellphone as it shows the call to their cell # to show we aren't lying) but they didn't answer. Obviously they didn't have reservations confirmed for a restaurant that was closed for the week, which we were unaware of, but that isn't our fault and we are not liars - what a terrible accusation.

The dogs in the backyard were found by two guests out walking that "overgrown trail" who were staying with us for 9 nights. They called the number on the dog tag and spoke with the owner who lives up the snowmobile trail and he came over about 15 minutes later to pickup the dogs. Again, calling us liars because he didn't believe the answer is ridiculous. What did he think we were hiding these two big dogs in the Lodge somewhere and they only saw or heard them that one time in the backyard??? Again, ridiculous accusation. I'm sure Gary and Tara who found the dogs can attest to it when they write their review of the incredible 10 night stay.

We were expecting this review to come in and are happy that they won't ever be back!! They brought people here when they shouldn't have, they made a mistake on where they made a reservation so that's our fault, and because they saw two dogs in the backyard for a few minutes they accuse us of lying that we were hiding dogs here. Both accusations are wrong and ludicrous but some guests are never pleased and blame others for their mistakes. Thank goodness these are not our typical guests.

Report response as inappropriateThank you. We appreciate your input.
This response is the subjective opinion of the management representative and not of TripAdvisor LLC
View more reviews
PreviousNext
123…106