US$264
View deal
Free cancellation until 27/05/22
TravelocityUS$264
FindHotelUS$264
Agoda.comUS$236
View all 17 deals
Payments made by partners impact the order of prices displayed. Room types may vary.
Prices are provided by our partners, and reflect nightly room rates, including all taxes and fees known to our partners. Please see our partners for more details.
Jwiethorn
New York City, New York
18956

Relaxing Hotel in Need of Renovation

We had stayed at the Element years before and just like before the service was very friendly and the quiet location was very relaxing. Unfortunately the hotel is visibly quite worn and is overdue to be renovated. The elevators are noisy and the furniture and walls in the room we were in were quite well worn in with signs of fraying and heavy use. The hotel still serves a great breakfast and the hotel pool is quite relaxing but just be aware that its in need of a refresh.More

Show less
Room tip: All rooms are generally the same

Thank You for Your feedback! You and others have been heard and some renovations are coming to the property in the next few months. We hope to see You again soon!

Report response as inappropriateThank you. We appreciate your input.
This response is the subjective opinion of the management representative and not of TripAdvisor LLC
See all 591 reviews
Payments made by partners impact the order of prices displayed. Room types may vary.
Nearby Hotels 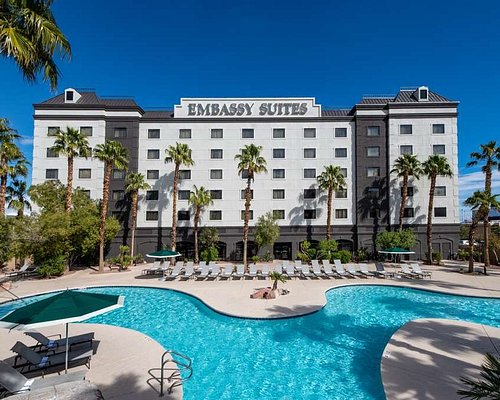 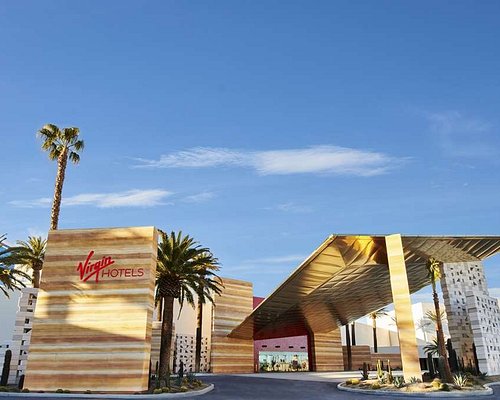 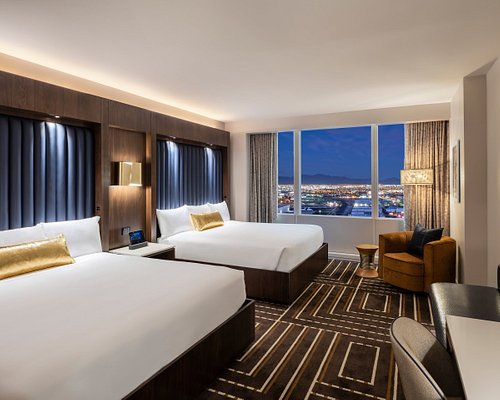 Expedia.com
View deal
Free cancellation
Pay up to 12X
Booking.com
US$267
ZenHotels.com
US$264
Lol.travel
US$296
View all 20 deals from US$264
806 reviews
12.1 km from Element Las Vegas Summerlin
We compared the lowest prices from 20 websites
The Venetian Resort
US$322

Terrible hotel!
When I arrived I got the wrong room type, took them 2 days to fix it.
Exchange of towels and trash pick up happens randomly not each day as the say.
Full clean of the room was scheduled every three days. Mine was not cleaned 11 days in a row! And a full clean obviously does not include dustind. Furthermore the room was overall dirty, see pictures.
The guy who sets up the breakfast is more interested in his phone than in getting the stuff out. Someday there were no bowles, sometimes no silverware etc.
No soundproof walls or ceilings. If you are not on the top floor you hear the people above you running around.
The deputy manager is completlty incompetent.
All in all one of the worst stays in a hotel I ever had.

Thank You for Your feedback StillCrazy, and my apologies that we were not better able to meet Your expectations. We are working hard to correct these and other issues to make future stays more enjoyable for everyone.

Report response as inappropriateThank you. We appreciate your input.
This response is the subjective opinion of the management representative and not of TripAdvisor LLC
Glenn M
Frankfort, Kentucky, United States
216
Reviewed 5 July 2021
Great Customer Service!

I was scheduled to stay at the Element Las Vegas hotel in conjunction with an Escape Adventures mountain bike tour. However, at the last minute, our tour was changed due to the fires near the North Rim Grand Canyon area. The Element staff was very helpful in cancelling my two nights (one before and one after the tour) that I had booked. Good people!

Glad we were able to help Glenn!

Report response as inappropriateThank you. We appreciate your input.
This response is the subjective opinion of the management representative and not of TripAdvisor LLC
GrumpyandtheOldLady
New York City, New York
337168
Reviewed 7 June 2021
Pleasantly surprised. Nice room, full-ish kitchen.

Real rating is 3 1/2. After reading all the negative reviews this hotel has recently received, we were a bit concerned to book here. Check-in was easy. Our room was nice and was it was clean. They supplied only two drinking glasses, one large and one small. The dishes were kept to a minimum. Housekeeping came every day. We know this because they took any towels that we used and half the time never replaced them. I had to continually go to the front desk to ask for more wash cloths and the occasional larger towel. What we didn't understand is they dealt with the dirty towels and the bathroom but wouldn't make the beds, despite us being in the room for a full week. During check-in, we had been told the sheets would be changed at least once during out stay. Nope, didn't happen. Breakfast was opened after we had left for the day, so we are unable to rate that. The (hopefully) pet diarrhea stain in the middle of the hallway two doors down from us looked like nobody had attempted to actually clean the stain. They have no smoking and no marijuana signs out but a few times someone in an adjacent room still smoked, filling our room with the smell. We would try this hotel again due to the convenient ( for us) location.

This review is the subjective opinion of a Tripadvisor member and not of TripAdvisor LLC.
mrt1955
Healdsburg, California
724408
Reviewed 25 May 2021 via mobile
Dated

This place was probably pretty cool when they first built it. Now though their "modern " room setup and decor seem tired and awkward.
The "Chef" was back serving his first breakfast in awhile for our stay...he is Great!
If you could go here for breakfast go...but stay somewhere else. Our room upon arrival had a bed that had not been remade...not good.

This review is the subjective opinion of a Tripadvisor member and not of TripAdvisor LLC.
ActonAdventurer
Acton, California
141
Reviewed 13 May 2021 via mobile
Place is beginning to look a little rundown.

The should be renamed the Spartan Inn. The furniture looks like it came out of the Ikea disposal room. Starting to it's age. Many of the "hydration flask" fill stations were not functioning. TVs are very old by today's standards. Our continental breakfast consisted of a mini muffin, a chocolate chip cookie and, an off-brand granola bar in a carton. I kid you not. Overheard a number of employees complaining about their being understaffed. That's a management /corporate issue. That's really not something customers need to be hearing. The dining area and restaurant was closed although it is still shown on the pictures on their website. Feeling as if the place misrepresented itself. Attached is what passes as continental breakfast at the Element.