US$164
US$140
View deal
PricelineUS$158
Hotels.comUS$158
getaroom.comUS$164
View all 18 deals
Prices are provided by our partners, and reflect nightly room rates, including all taxes and fees known to our partners. Please see our partners for more details.
Payments made by partners impact the order of prices displayed. Room types may vary.
sn00ksmama
Floyds Knobs, Indiana
4125

Filthy carpet in common areas, room not cleaned well, understaffed. Do NOT stay here. One of the worst Holiday Inn properties we've seen.
See my photos of the carpet. It looked like a crime scene had taken place.
The wi fi was terrible and the cable tv was constantly freezing/locking up.

See all 255 reviews
Payments made by partners impact the order of prices displayed. Room types may vary.
Nearby Hotels 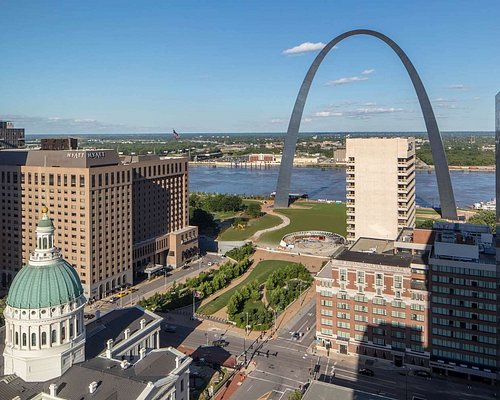 Sponsored
Hyatt Regency St. Louis at The Arch
US$211 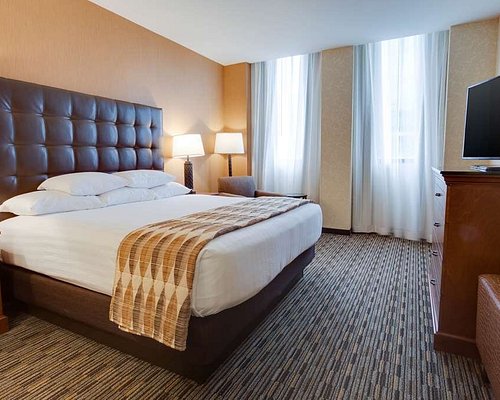 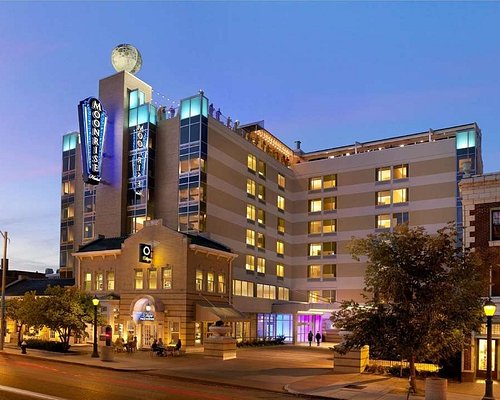 This place is very dated and needs lots of updates. Carpets in public areas are gross. The room had sticky surfaces dirt in the corners and we could tell people were smoking in the building. On the plus side it is located in the Italian district.

This review is the subjective opinion of a Tripadvisor member and not of TripAdvisor LLC.
David M
Chicago, Illinois
3149
Reviewed 14 April 2021
Great location and price, needs some maintenance

The location and price were great. The staff was friendly and helpful, but generally wore masks only when a customer was near. The room was a bit run-down and could use some basic maintenance. It took quite an effort to open the sliding glass door along the rusted track, for example. They completely ran out of breakfast food one day, which is strange since it's all pre-packaged and they knew how many guests were staying there.

There were several parties or loud families near our room, which we could hear until fairly late at night.

Thank you for providing us details of what transpired during your stay.

We strive to provide a healthy hotel environment for all. I'm sorry to learn that your stay wasn't perfect due to our staff not wearing masks the whole time, the condition of our hotel, ran out of breakfast, and noise from other guests. I have shared your review with our local management for their reference. I'm sure that they'll take the necessary actions to address this and ensure better service moving forward.

I hope you stay with us again so we will have the opportunity to change your impression and provide an excellent visit.

Report response as inappropriateThank you. We appreciate your input.
This response is the subjective opinion of the management representative and not of TripAdvisor LLC
Shulin_Kang
Chicago, Illinois
107
Reviewed 3 April 2021
Highway side loud

We booked 2 days on a vacation trip to St. Louis. I am astonished at how much traffic noise the room has. It's not the first time I lived in a hotel close to the highway. But the noise of this hotel is just unbearable. We may cut the stay short and leave even losing one day's money. I cannot believe Holiday Inn sold this bad accommodation experience to the client. Our family used to trust the brand of holiday inn, but will not blindly book them from now on.

This review is the subjective opinion of a Tripadvisor member and not of TripAdvisor LLC.
TeeKay1972
Brookfield, Illinois
3718
Reviewed 31 March 2021
Run down, smells, and don't honor the proper reservation.

The only plus was the staff was nice. The hotel was run down looking (not sure when the multi million dollar renovation it boasts of was done) and smelled. The lobby had an odd odor, the elevator smelled like somebody was sprayed by a skunk. The third floor hallway reeked of pot smoke. Our reservation was made for three adults, yet the room had one double bed (it did not even seem to be queen size). There was a chair in the room but not big enough to sleep on and it smelled of cigarette smoke. The room smelled heavily of not only strong cigarette smoke, but a sickening sweet air freshener they tried to cover up the smoke smell. It caused my allergies to act up. They were sold out so we could not get another room but it was 11 p.m. when we arrived and the few other hotels I called were all sold out. We did arrive late but our room was prepaid for and I called to alert them of late arrival so our room with the proper size beds should have been held for us. The room appeared clean at first glance but several things became apparent during our stay that made me question how well it really had been cleaned such as the toilet paper roll was empty, there was no spare roll in the room, there was used Kleenex in the night stand drawers, the remote was found on the floor. There was no washcloths in the room and I asked housekeeping two different times for some and both times they said they did not have any.

Room tip: If the rate is more than $70 stay elsewhere that is all this place is worth.
Ask TeeKay1972 about Holiday Inn St. Louis - Forest Park, an IHG hotel
Thank TeeKay1972

This review is the subjective opinion of a Tripadvisor member and not of TripAdvisor LLC.
Juan Enrique G
81
Reviewed 13 March 2021 via mobile
Ok but no breakfast is not acceptable for holiday inn

No breakfast at all ( holiday inn franchise s owner)
Good location.
Parking situation is good.
This is the only holidays inn without breakfast ( even with corona some of them offer grab and go breakfast go)

I'm glad you provided a review. Thanks for choosing to stay with us at our Holiday Inn Forest Park.

We always wanted our guests to have a delightful stay, no matter what the purpose of the travel is. While I'm glad about your positive rating on our locations and parking, I'm sorry to learn that your experience turned sour due to your disappointment with breakfast. I went ahead and shared your thoughts with the team so that necessary actions can be taken to promote improvement. Unlike the Holiday Inn Express brand, breakfast may be added at a minimal fee. I'd recommend you take advantage of our bed and breakfast rates good for up to two adults per room on your future stays. Just ask for availability when making your reservation.

We look forward to hosting you again for a chance to provide you with a much better experience.