US$77
US$63
View deal
Booking.comUS$63
PricelineUS$63
FindHotelUS$63
eDreamsUS$63
Agoda.comUS$63
Lol.travelUS$77
View all 19 deals
Prices are provided by our partners, and reflect nightly room rates, including all taxes and fees known to our partners. Please see our partners for more details.
Payments made by partners impact the order of prices displayed. Room types may vary.
K3484EXchrisb
1

I had called and reserved the jacuzzi room for the entire weekend. After getting there today at 7pm, 8 full hours after last check out,I was told the room was unavailable be because the room was trashed and there was nobody there to clean it. Real nice. After speaking to the manager about it, he cussed me out and said "report me!" So I did. Filthy, half ass ran establishment. Hopefully it'll be closed down soon.

Trip type: Travelled with friends
See all 143 reviews
Payments made by partners impact the order of prices displayed. Room types may vary.
Nearby Hotels 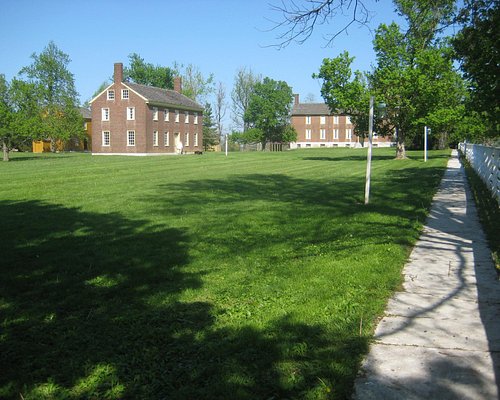 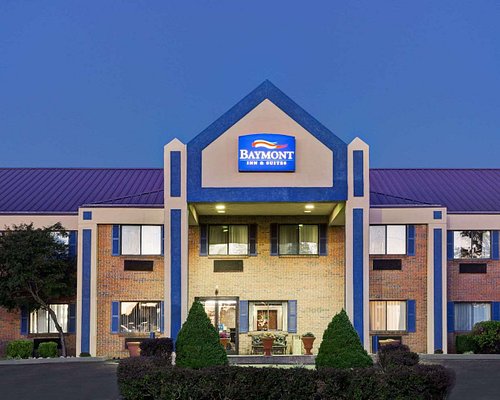 Breakfast included
Baymont by Wyndham Harrodsburg
US$73
Booking.com
View deal
Reserve now, pay at stay
Priceline
US$71
Wyndham
US$71
Hurb
US$79
View all 19 deals from US$71
330 reviews
6.3 km from Quality Inn
We compared the lowest prices from 19 websites 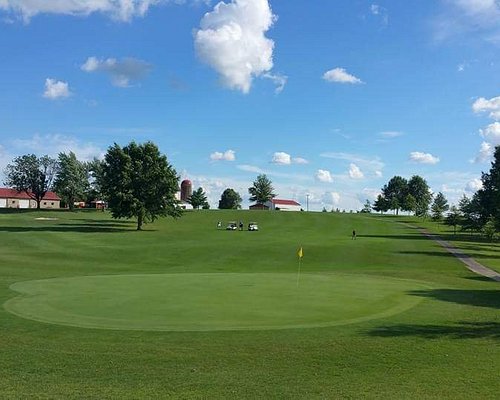 Hotels.com
View deal
Expedia.com
US$105
Travelocity
US$105
Orbitz.com
US$105
View all 8 deals from US$105
43 reviews
0.4 km from Quality Inn
We compared the lowest prices from 8 websites
Breakfast included
Quality Inn Danville
US$85
US$69

FindHotel
View deal
StayForLong
US$92
ZenHotels.com
US$64
Expedia.com
View all 17 deals from US$64
208 reviews
12.7 km from Quality Inn
We compared the lowest prices from 17 websites
Top Rated
Breakfast included
Hampton Inn by Hilton Danville
US$109

Taking safety measures
We compared the lowest prices from 18 websites
Breakfast included
Red Roof PLUS+ Danville, KY
US$83
Booking.com
View deal
Free cancellation
FindHotel
US$82
Priceline
US$81
StayForLong
US$114
View all 17 deals from US$81
149 reviews
12.8 km from Quality Inn

Stayed 1 night for business. The bed was so uncomfortable and the rooms were not very clean. No hot breakfast in the morning like I was told because they were shut down by the health department. Wow! Management/ staff was not very friendly either.

We stayed here for a couple of nights as we were vacationing in the area. It has seen better days. The good points were that our room was clean, breakfast was standard and staff was kind and helpful. Bad points were that the place overall looks worn and rundown and in desperate need of a facelift. The pool was a travesty. The water was down a foot and was dirty, with a broken railing simply laying there making the pool unusable. A couple chairs were strewn on the deck looking completely neglected. Our room, tho clean, had a strong smell of cleaning products that never really dissipated, making it rather unpleasant. We have stayed in many of these chain hotels over the years and most have been fine but this one really needs to get its act together and renovate...or just fix the darn pool.

This review is the subjective opinion of a TripAdvisor member and not of TripAdvisor LLC
Linda G
Stirling, United Kingdom
19163
Reviewed 20 September 2018
Still some remodelling to do

Very clean, comfortable rooms, with well-appointed bathrooms - also spotlessly clean. Breakfast standard fare, but adequate in clean, spacious breakfast room. Coffee available 24/7 in lobby. It's not yet perfect - corridor carpets a little grubby, but it's definitely getting there.

This review is the subjective opinion of a TripAdvisor member and not of TripAdvisor LLC
annetteHoller
Marion, North Carolina
6044
Reviewed 7 August 2018
scam going on!

made (2)reservations back in "17 for "18 because I knew price would skyrocket due to event at Days Inn/When I called to confirm my reservation, they told me that changed names(Quality Inn)and cancelled my reservations. (I never received ANY information on this/ I talked to TROY who gave me 2 rooms(at a small increase) then he told me he was doing ME a favor/ I called back to confirm the next month and no one could find both reservations/I again asked Troy to email me confirmation/none/I then emailed DAVE PATEL for the email confirmation/none/When I called one more time on 7-24-18, I asked for the manager/ I was told he would be in about 1 p.m. so I waited until 2 p.m./ I called again at 2 and asked for the manager, i was told he wasn't there yet/ I asked to whom I was speaking and he said TROY/ I told Troy that I was told the manager would be in at 1 p.m. THEN he told me he WAS the manager. TROY nearly cussed me out for bothering him, said I got him in trouble and HE was going to cancel MY reservations/ I tried to explain why I wanted a paper trail, but he would not listen and told me it wasn't HIS problem!/ For about 15 minutes I tried to speak to Troy but he kept getting louder until he had me in tears/Once I was off the phone, I had to go take something due to the stress he caused me/ I am a 55 year old lady who just wanted an email confirmation due to the fact that last year, I had written confirmation BUT was "taken advantage of" from another hotel/ Because this is a well know yard-sale, I believe the hotels find out that they can make more money if they can cheat you a little/ So, I reserved 2 rooms in good faith, just needed paper trail since I would be out of the state and no computer....but instead, I have someone screaming and yelling at me/ Yes, I have a southern accent BUT I did not understand half of what TROY was saying...I am sorry for not being able to understand you foreign accent.

This review is the subjective opinion of a TripAdvisor member and not of TripAdvisor LLC
Julia R
Walker, Louisiana
41
Reviewed 6 August 2018 via mobile
Great room

Spent just one night at Quality Inn in Harrodsburg. Front desk clerk was friendly and attentive to our needs. Room was clean and comfortable. Continental breakfast was standard but serving area was clean and accommodating. Will definitely stay here again when in the area.